People Are Proud to be Americans but Tired of “Political Circus”

A strong majority of respondents (89%) to the newest edition of the Grinnell College National Poll say they are proud to be Americans, even while 87% say they are tired of the circus in politics. The poll, a partnership between Grinnell College and nationally renowned pollster J. Ann Selzer of Selzer & Company, was released Oct. 29, 2019.

“The exhaustion of the daily news cycle may be testing people’s limits,” said Ann Selzer, founder of Selzer & Company. “But it does not appear to dip into a fundamental sense of what this country is about.” 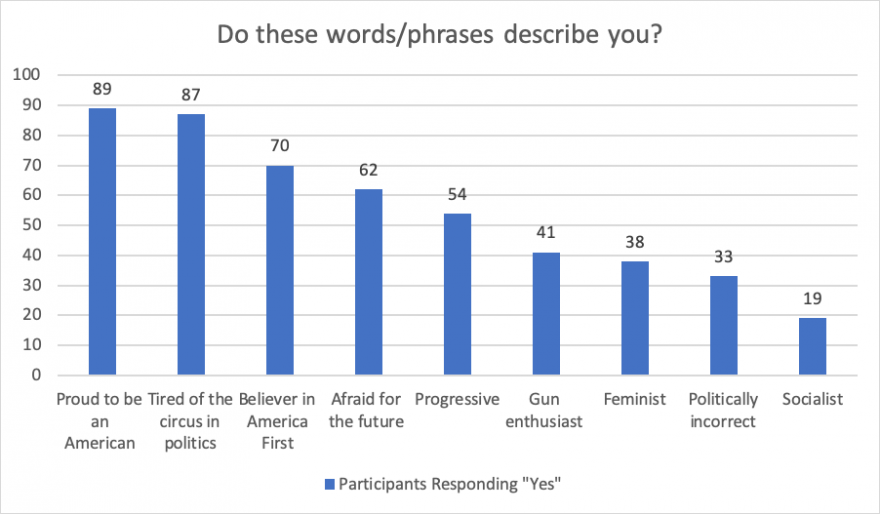 Immigrant Influence is Positive on U.S. Culture and Economy

While 2016 Trump voters gave lower than average ratings on how immigrants enrich the culture, a majority, 54%, still find value in their cultural contributions.

“The first important insight from the poll is most Americans are not anti-immigrant,” said Eliza Willis, professor of political science at Grinnell College. “Although Republicans are somewhat less supportive than Democrats or independents, these positive attitudes prevail across party lines. Additionally, no matter what one’s party preference, more regular contact with immigrants is associated with more positive attitudes.” 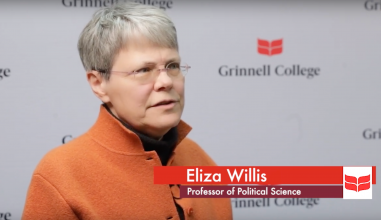 Immigrants’ influence on the U.S. economy is thought by more to be positive (61%) than negative (22%). Again, people who interact with immigrants report more positive feelings than those do who do not. Among those with daily interactions with immigrants, 73% say immigrants benefit the economy compared to 13% who do not. Those reporting possibly never interacting with immigrants have a different view — the ratio is 38%–44%.

Partisan differences over immigration emerge when asked about the effects of immigrants on the economy. Only 44% of Republicans and 39% of 2016 Trump voters feel immigrants positively affect the economy.

“The generally strong support for both immigrants and immigration to the U.S. helps to explain why the president’s approval rating on immigration is at only 40%,” said Associate Professor of Political Science at Grinnell College and Grinnell College National Poll Director Peter Hanson. “His anti-immigrant policies only resonate with a portion of the electorate.” 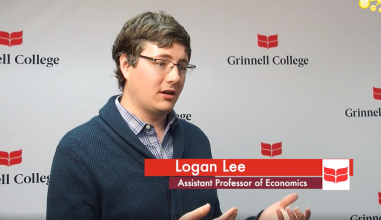 After decades of tough-on-crimes policies that have boosted prison populations, Americans are open to reforms that would divert non-violent offenders from prison. 85% of Americans said they favor sending non-violent offenders to programs other than prison, such as drug courts, home arrest with GPS, etc., compared to 11% who opposed such a change. 58% favor stopping the practice of sending people on parole back to prison for minor, non-criminal parole violations, with 34% opposed.

Additionally, 76% of respondents are in favor of requiring judges to regularly review prisoners and release those who have been rehabilitated.

“This data points to optimism about changes in how we deal with non-violent offenders,” said Logan Lee, assistant professor of economics at Grinnell College. “Alternatives such as home arrest is something that’s way more feasible today than it’s ever been, and people recognize it as a legitimate option for non-violent offenders.”

Respondents were not as inclined to support lessening the sentences of first-time violent offenders with 38% in favor and 55% opposed. 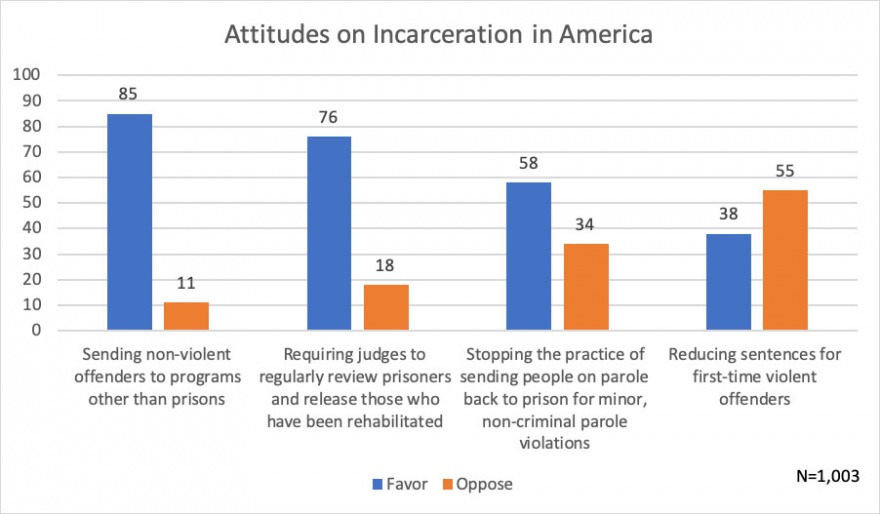