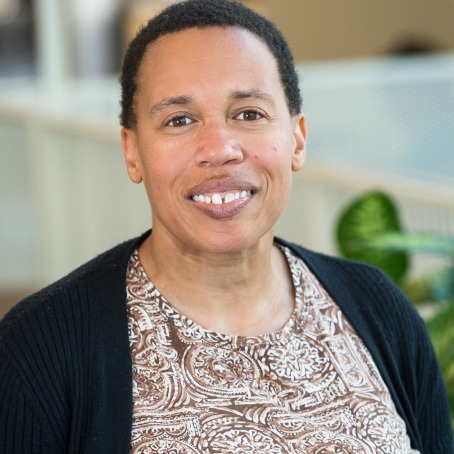 Physics Is More Than Problem-Solving: Building Inclusivity and Belonging by Practicing Professionalism

Abstract – When I’ve asked potential physics majors to reflect on what it takes to be a physicist, their responses essentially write themselves out of the identity that they seem to be striving for. Their narrow definition of what it takes to be a physicist can lead students, particularly students whose identities are under-represented in STEM, to feel as if they don’t belong. To help broaden student’s definition of who a physicist is so that they can see themselves in the field now, I have been developing what I am calling the Practicing Professionalism Framework for my courses. This framework not only helps me help students understand the course content, structures, and skills better, but it also helps motivate in a natural and compelling way that being a physicist is broader than the ability to solve problems and doesn’t require them to win a Nobel Prize. In this talk I will not only present this framework, its implementation and its impact on students, I will also describe how I believe it can be expanded beyond physics to other STEM disciplines.

A Dynamical System Approach to the Cocktail Party Problem: Using Optics Instead of Your Brain to Separate Signals

Abstract - Have you ever been at a noisy party and still been able to pick out what the person in front of you is saying? If so, then you are intimately aware of the fact that your brain is able to solve the cocktail party problem. How does your brain separate one signal from a mixture of signals? I have no idea, but I will tell you about a half-optical, half-electronic system that is able to mimic that behavior. The optoelectronic system uses dynamic holography combined with non-linear electro-optics in a feedback loop to solve the cocktail party problem. By analyzing the dynamics of the feedback loop, it turns out that under certain conditions similar to predator-prey systems modelled by the Lotka-Volterra equations, the feedback loop likes to separate signals. Moreover, the system doesn’t need to know what the signals are or how they are mixed together to solve the problem. I invite you to come and find out about this truly fascinating system.

Prof. Marty Baylor is a full professor of physics and chair of Physics and Astronomy at Carleton College. She was recently awarded an APS Innovation Fund grant to develop the APS EDI Fellows Program to support physics educators who want to address EDI issues in their classrooms.

Prof. Baylor completed her bachelor of arts in physics at Kenyon College, Ohio, in 1998, during which time she also accumulated credits in Chinese and studied abroad at Nanjing University. After Kenyon, she spent two years teaching middle and high school physics and astronomy at the Maret School in Washington, D.C. She then spent 2 years at NASA Goddard Space Flight Center as an optical engineer designing telescopes to study the aurora on Jupiter and developing optics for the James Webb Space Telescope. She earned her Ph.D. in physics in 2007 at the University of Colorado at Boulder. While a graduate student funded by the NSF IGERT Program, she completed an internship for Hans Laser in Shenzhen China working with high power lasers for engraving applications. She did a two-year postdoc in the Electrical, Computer, and Energy Engineering department at University of Colorado at Boulder where she collaborated with the Chemical and Biological Engineering department to make integrated optofluidic devices in photosensitive polymers. Prof. Baylor is an avid whitewater rafter having rafted across the US and in Italy, Scotland, and India. Each Christmas, she builds a LEGO kit with her husband (this year it was the Shuttle Discovery with Hubble).