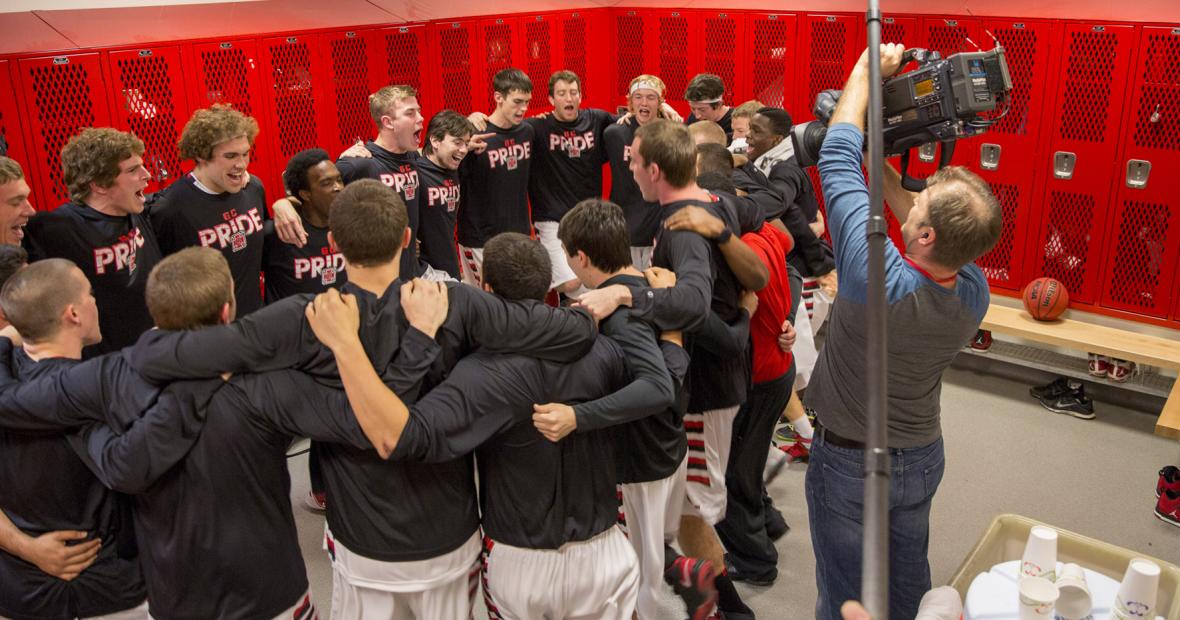 Players love it. Spectators marvel at it. Grinnell men’s basketball is like nothing you’ve ever seen.

Yeager explains, “It’s an unorthodox system that requires a lot of energy, a lot of participation, and a lot of bodies. It’s just a different way to play basketball.”

“The System is kind of an attitude,” head coach Dave Arseneault says. “We are not a survival-of-the-fittest program. We are a participation program. We have had some great players in this program, but we also have had players – some of whom would not have played for any other team in the conference – log significant minutes.”

“It’s controlled chaos,” Arsenault says. “I think Ex-Monmouth coach Terry Glasgow hit it on the head when he said it was like ‘five mice coming out of a shoebox.’

“I guarantee if you watch us play, it will be very difficult to go back to watching any other brand of basketball,” Arseneault says. “It’s just pure entertainment. People who don’t even like basketball say, ‘That was just awesome!’”

The System can be traced back to 1993, just a few years after coach Arseneault's arrival at Grinnell. Arseneault had inherited a team that was at the bottom of the conference and tired of getting thumped on a regular basis. It was clear he had to do something different.

Arseneault took his ideas for reinventing the program to Grinnell’s athletic director, Dee Fairchild. “She told me ‘Go see if you can have some fun with it,’” Arseneault says.

He did just that. “I was using our games and practices as a chance to experiment,” Arseneault says. “It drove my players nuts.”

Arseneault’s experimentations produced the innovative style of play known as The System. “But,” Arseneault says, “it wasn’t until two math students analyzed three years’ worth of game statistics that I was provided with a useful measurement for success.”

The students conducted their analysis of The System as an independent study project under the direction of Tom Moore, professor emeritus of mathematics and statistics. They identified the key statistical goals that were most likely to produce a win when playing The System.

“The formula for success that they derived has withstood the test of more than two decades of running and gunning,” Arseneault says. 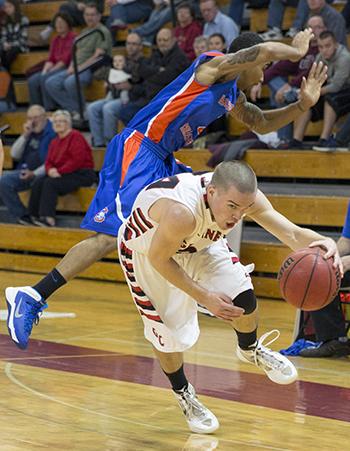 By any measure, The System transformed Grinnell men’s basketball. Once conference cellar dwellers, the Pioneer men have become perennial overall national scoring champions. Grinnell is no longer an automatic win for the rest of the Midwest Conference. People go to basketball games for a good time.

The System gained national attention in November 2012, when Grinnell sophomore Jack Taylor ’15 scored a record-smashing 138 points in a single game. NBA star LeBron James was quoted as saying it was a feat he wanted to see. ‘King LeBron’ referred to Taylor as “Sir Jack.”