"Poems, Chiefly in the Scottish Dialect" by Robert Burns 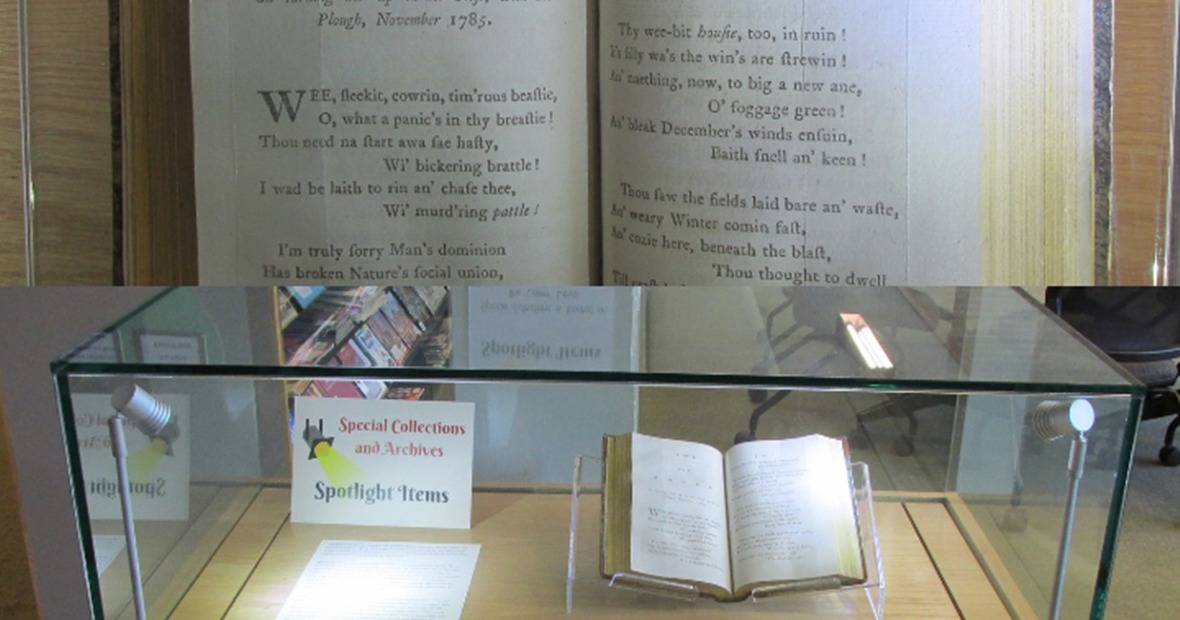 This edition of Poems, chiefly in the Scottish dialect by Robert Burns (1759–1796) was published in 1787 in Edinburgh, Scotland. It was printed by Scottish printer William Smellie and sold by William Creech. It was donated to the Grinnell College Special Collections and Archives by George Pinne.

Born to tenant farmers on January 25, 1759 in Alloway, Scotland, Robert Burns became known as the national poet of Scotland. He retains this title today, over two hundred years after his death. A tenant farmer himself, much of Burns’ poetry focused on agriculture, farm life, traditional Scottish culture, class culture, and religious practice. Burns wrote during a time of cultural nationalism in Scotland as Scots grappled with social and religious changes brought on by the 1707 merger of the English and Scottish parliaments and the establishment of Presbyterian as the Kirk of Scotland in 1668.

Poems, chiefly in the Scottish dialect is a second edition of a first book of Burns’ poetry and songs by the same name, but published in Kilmarnock, Scotland. The two editions are distinguished by their place of publication and known as the Kilmarnock edition and the Edinburgh edition, respectively. Many of the works can be found in both editions, although the second does include seventeen new poems, such as To a Haggis, Death and Doctor Hornbrook, and The Holy Fair, as well as five new songs. The Edinburgh edition also contains a glossary of Scots words.

The publication of the Edinburgh edition was funded by subscription, with subscription copies of the book costing 5 shillings. 1,500 subscribers are listed at the front of the book, including the Caledonian Hunt, a Scottish racing club who provided sponsorship to Burns for the printing of the Edinburgh edition. Additionally, the book is dedicated to the “Noblemen and Gentlemen of the Caledonian Hunt.”