As an element of American life, a majority of people in the country view the state of race relations as mostly bad according to the newest edition of the Grinnell College National Poll. The poll, a partnership between Grinnell College and J. Ann Selzer of Selzer & Company, was released Wednesday, March 31, 2021.

This assessment is consistent across all demographic groups and party alignment with a majority in every category echoing the negative view.

“While 64% of the population saying the state of race relations is mostly bad is a disturbing number, I’m not surprised by it,” said J. Ann Selzer. “The news is that there isn’t the huge partisan difference we typically see on big issues.” 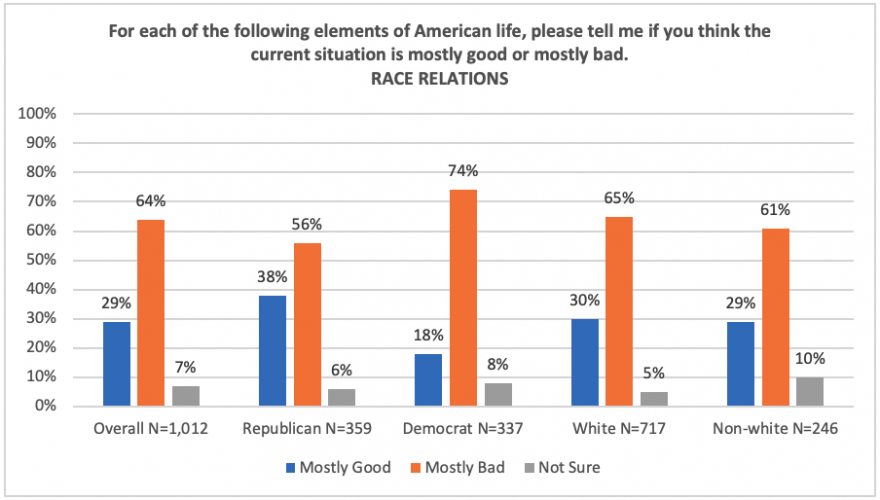 This finding contrasts starkly with 92% of the population saying it is very important to them personally that all people are treated equally regardless of race, religion or other traits.

“With the trial for the killing of George Floyd underway and hate crimes against Asian Americans in the news, Americans are giving dismal ratings to the state of race relations in the United States,” said Associate Professor of Political Science at Grinnell College and Grinnell College National Poll Director Peter Hanson. “Across the board – no matter their political party or racial identity – Americans say we are not living up to the American ideal of equality for all.”

More than half of respondents (56%) report having high or medium trust in President Biden to tell them the truth about problems facing the country and 49% indicate their feelings are mostly favorable toward the new President. However, there is mixed news on the economy, and the pandemic is seen as still far from over. 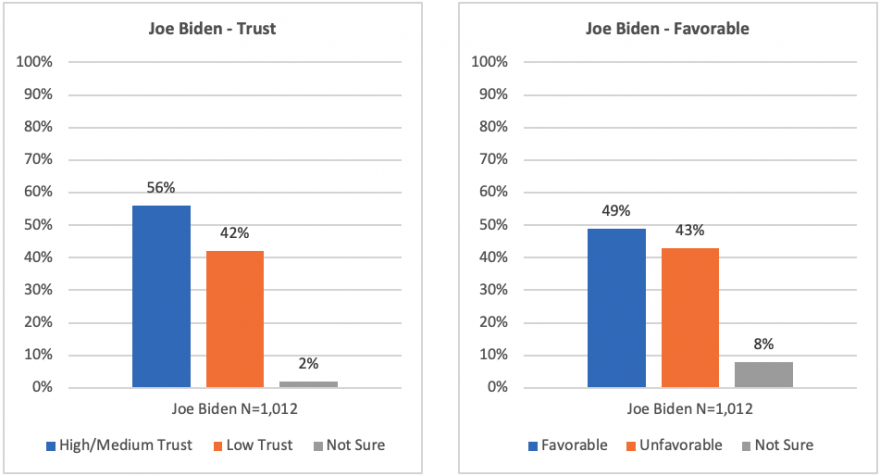 “There seems to be more optimism regarding personal finance goals, particularly among the relatively younger, urban, educated, higher income population,” said Assistant Professor of Economics at Grinnell College Mishita Mehra. “The gap in perceptions among different demographic groups may also highlight the growing income and wealth inequality in the economy.” 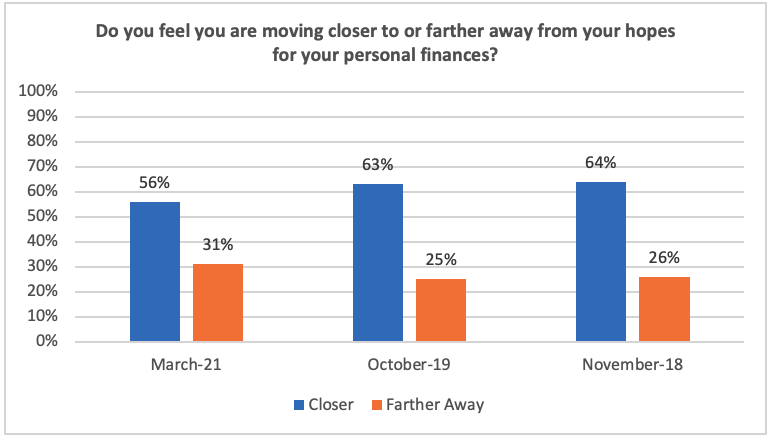 Despite varying perceptions of personal finances, trust in the American dream still ranks high with 59% of respondents believing the ability to get ahead with hard work is in a good place in the U.S.

Fully two-thirds of respondents support forgiving student loans in some form, with 27% saying all student loans should be forgiven and 39% saying forgive the loans of only those in need. Twenty-nine percent do not believe any student loans should be forgiven.
“As a society, we need to decide whether we regard education as a public good that benefits all of us, or a private good that only benefits an individual,” said Associate Professor and Department Chair of Education at Grinnell College Cori Jakubiak. “Forgiving student loans would send a clear signal that we believe an educated population benefits all Americans, and that higher education should be affordable for everyone.” 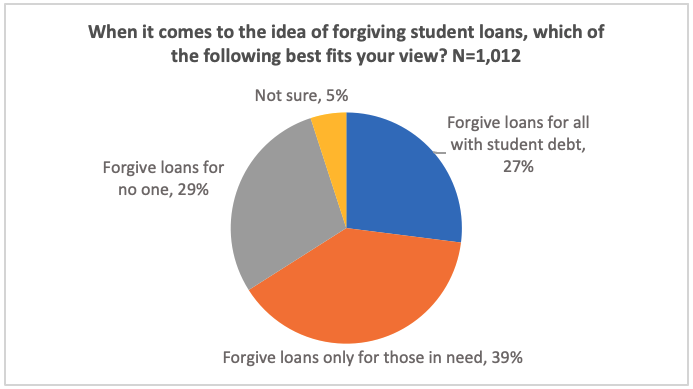 The push to vaccinate Americans is in full swing and 66% of respondents have already received at least one dose or plan to get vaccinated.

“As more states move toward making vaccines available to all adults, it is encouraging that two-thirds of Americans say they have already received one dose of vaccine or plan to get vaccinated in the future,” Hanson said. “Vaccine hesitancy appears to be limited to a minority of Americans.”

Even in light of the expanding vaccinations, respondents do not see a quick return to life as it used to be. Only 14% believe a return to normalcy will happen in the next few months while 32% feel it will be by the end of 2021 and 18% say it will take longer than a year. A small percentage (11%) believe life will never return to normal. For about one in five, normal life is already here.

The Grinnell College National Poll (Grinnell-Selzer), conducted March 24-28, 2021, is based on telephone interviews with 1,012 U.S. adults ages 18 or older, with a maximum margin of error of plus or minus 3.1 percentage points.

While Americans have high ideals for what makes up our democracy, a new Grinnell College National Poll shows our country gets failing grades when it comes to executing those ideals in real life.

As an element of American life, a majority of people in the country view the state of race relations as mostly bad according to the newest edition of the Grinnell College National Poll.