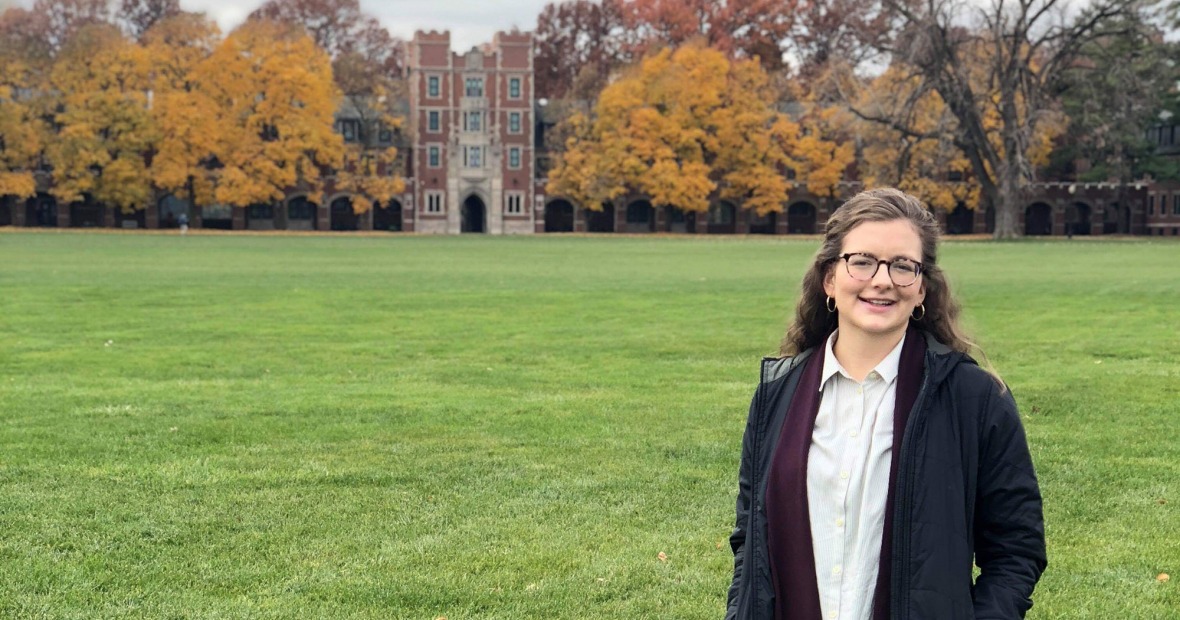 Within a week of graduating from Grinnell, Emma Lange ’16 moved to Washington, D.C., and started her White House internship in the Office of Presidential Personnel. The political science major and technology studies concentrator worked on technology and operations issues related to background checks for political appointees during the Obama administration. 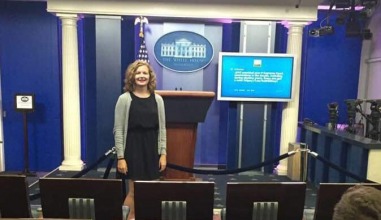 Lange believes her tech studies concentration helped to “sell” her internship application for the “data heavy” position, which in turn has led her to similar roles in D.C.-based advocacy organizations.

What drew Lange to the concentration initially was “the opportunity to think consciously about our on- and offline identities.

“Our generation grew up online; I had a Facebook profile in middle school. So the concentration provided a good framework to think about issues, especially how government uses technology, which led me to research things I wouldn’t have.”

For Lange’s Mentored Advanced Project for the concentration, she evaluated the information-seeking behavior of prospective students and tools used to complete admission applications.

“A lot of what I got from the concentration I use in my work life. The skills I gained are tangible things like analysis, tables, and graphs that I use daily, so I got immediately transferable skills.”

Following the White House internship, Lange worked for the Department of Energy in its Office of Congressional Affairs and also for a rural health policy advocacy organization. Since January, she has worked in public relations and government affairs for the Association of State and Territoriality Health Officials (ASTHO), which represents public health officials in 59 U.S. states and territories.

“Everything I use, I learned in the concentration. It made me think about how to translate and transfer information and about how to prepare to receive and consume information.

“I have greater awareness as an end user and as a conveyor of information because of the tech studies concentration.”