Relying on Your Language Skills 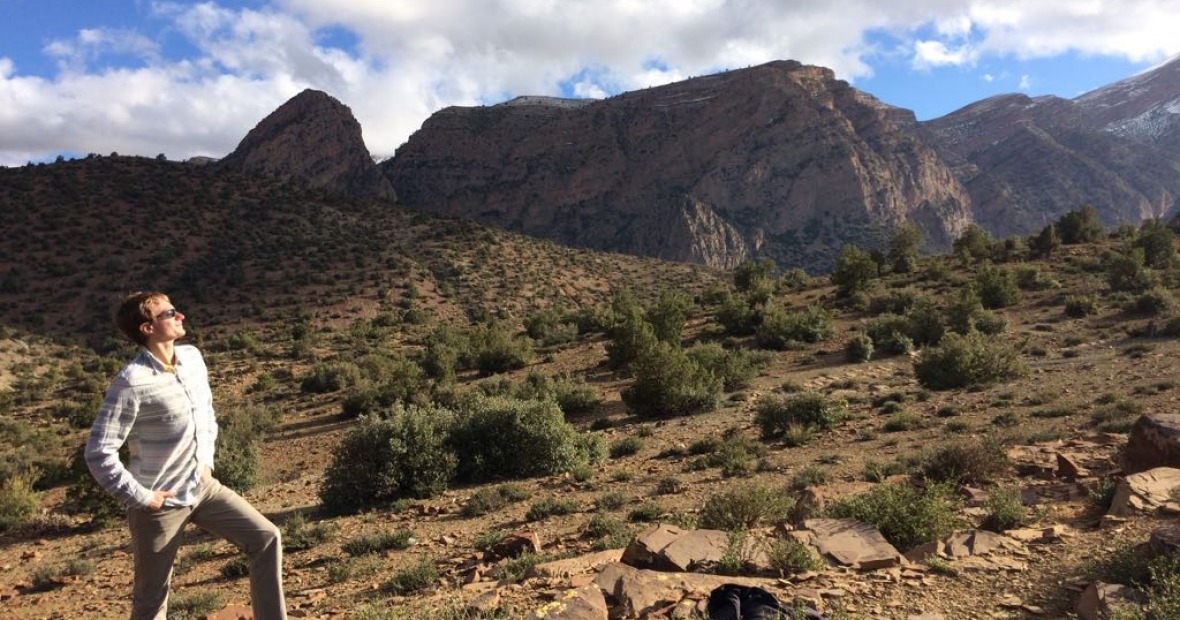 When you’re focused on language learning, immersing yourself in a culture on the other side of the globe can have profound effects on your education.

French major Daniel Gray Streetman ’19 found that out for himself when he spent a semester in Morocco during his third year at Grinnell. After studying both French and Arabic in high school, at Grinnell he tested into third-semester French (FRN 221) and fourth-semester Arabic (ARB 222). This jump-start not only helped him develop proficiency in both languages quickly, but he also was able to delve into courses about the culture and the literature sooner.

All of which was excellent preparation for his first trip abroad.

“I grew a lot because I was in a different country,” he says.

One of the challenges was communicating only in French and Arabic. He got plenty of practice, however, by staying with a host family. “You really have that personal connection and that ability to use the language from waking until sleeping,” Streetman says.

In addition to daily interactions with his host family, Streetman took courses in French through the AMIDEAST Regional Studies in French program, one of many options carefully selected by the Office of Off-Campus Study. He learned about the governments of countries in North Africa as well as the literature of the region.

“They were fascinating courses,” Streetman says. “The professors were very erudite in their areas.”

Streetman explored diverse parts of Morocco thanks to excursions with his program. “It was really interesting because we got to experience the different cultures of Morocco,” Streetman says.

The capital city of Rabat was his home base. “It was a very big city, about a million people. Very hustling and bustling. That was one area where we spent a lot of time and I really got to know it well,” he says. Marrakesh in the south offered another perspective on a large city that had many more tourists and a more arid climate.

On an excursion to the Atlas Mountains, a more rural region, the group spent a night with a leader of a Berber community and were able to ask him questions. “I like to be able to communicate with different people in their language,” Streetman says.

Knowing French and Arabic helped him not only appreciate a different culture, but also feel at home while far from home.