Hamza Zafer of the University of Washington will talk about Safiyya, daughter of Aaron. 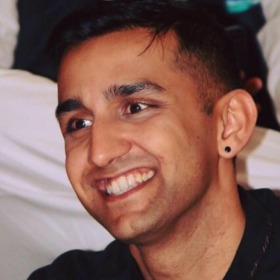 Professor Hamza Zafer of the University of Washington in Seattle will discuss “Safiyya, daughter of Aaron: Muhammad’s Jewish Wife in Early Muslim Historiography.”

Hamza Zafer, assistant professor of late antiquity and early Islam at the University of Washington, will share the story of Safiyya the “Aaronid (al-hārūniyya).” Safiyya married Muhammad, founder of Islam, in the summer of 629, according to early Muslim historians. Her dowry was her release from captivity.

Safiyya was the daughter of the slain chieftain of the Sons of Nadir, a Jewish Arabian tribe in Medina that traced its ancestry to Aaron, an Israelite prophet and priest. As “Matriarch of the Loyalists,” she has been memorialized by the early historians as a politically influential member of the Medinan elites and an active proponent of the Caliphal office until her death in 661.

Zafer is working on a book-length project titled The Matriarchs of Medina: Muhammad’s Mothers, Wives and Wet-Nurses in the Quran and Early Islam.

Grinnell’s Center for the Humanities; Office of the Dean of the College; Department of Religious Studies; Center for Religion, Spirituality, and Social Justice; and the Office of Diversity and Inclusion.