A Scientific Way to Gauge Risk

Grinnellians contribute to the common good during the coronavirus pandemic 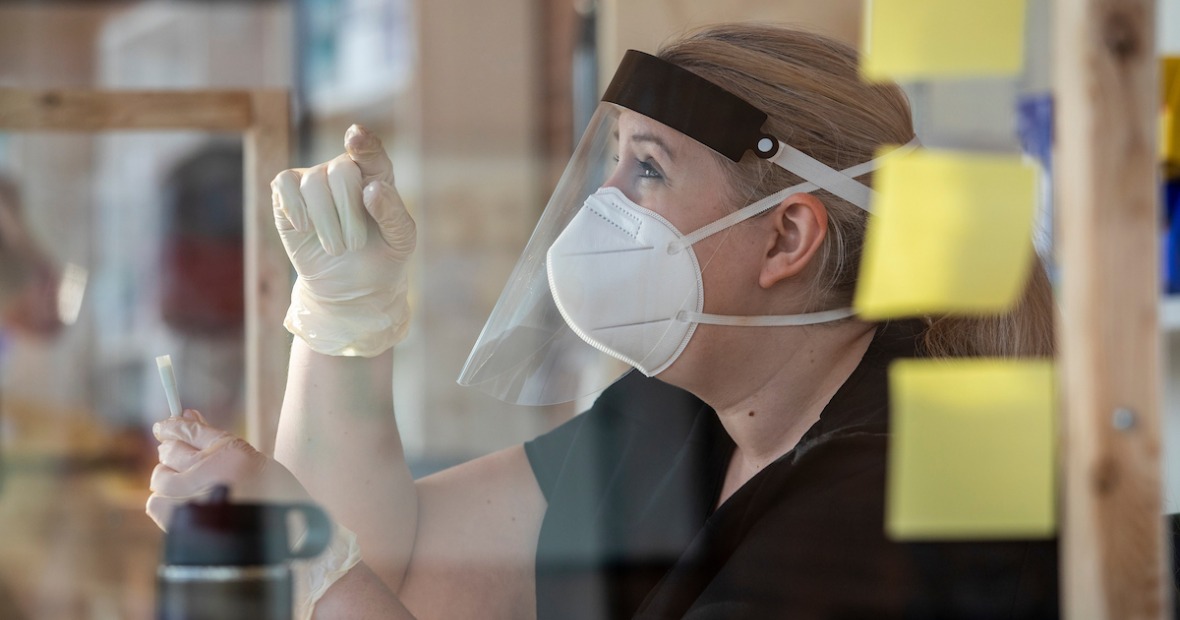 When Gyan Prayaga ’21 and Jeev Prayaga ’22 learned about a data science competition designed to help their hometown, Los Angeles, reopen safely during the coronavirus pandemic, they eagerly signed up.

“We got to do something we thought would be helpful and impactful,” says Gyan, a physics major. It was “a good cause.”

Along with their parents, Rena Brar Prayaga and Ram Prayaga, the brothers formed a team called the Padron Peppers. “It was kind of a family affair,” Gyan says. “A team of different people with different skills came together. It was really fun.”

“Data science was kind of a new thing that we learned on the way,” says Jeev, a computer science major. While their parents worked on the model, Jeev and Gyan developed the app. They had 2 weeks, from May 25 to June 8, 2020, to submit their solution.

The Prayagas figured out the different risk factors they needed to consider to compute a risk score. One of the data sources they used was the Community Need Index, which showed various health factors in a given neighborhood. They also used the LA Times database for the number of COVID cases and deaths. Another database provided common activities and levels of risk. The whole team developed 2 sets of risk calculations—one at the model stage and one in the application.

They took a compound approach to gauging risk. They considered the risk of the location, the transportation chosen for reaching that location, and the planned activity.

“For example, if you were to run or walk around your neighborhood, the risk is much less than playing soccer, because that’s a contact sport,” Gyan says. But if you take a 20-minute bus ride to the park to play soccer, every minute on the bus also increases your risk of exposure.

They included additional risk factors in their calculations as well, such as the user’s age, because older people are at higher risk, and whether the user has any chronic, pre-existing conditions like heart disease or diabetes.

All that data went into the calculations. They computed a numeric score, which was translated into a qualitative scale: “very low,” “low,” “medium,” “high,” or “very high” risk.

They also provided tips to help make the user’s chosen activity safer — like wearing a mask while riding a bus and using hand sanitizer after getting off.

The Padron Peppers’ solution was named “best application” and they have been invited to speak at a virtual conference called IM Data in November.