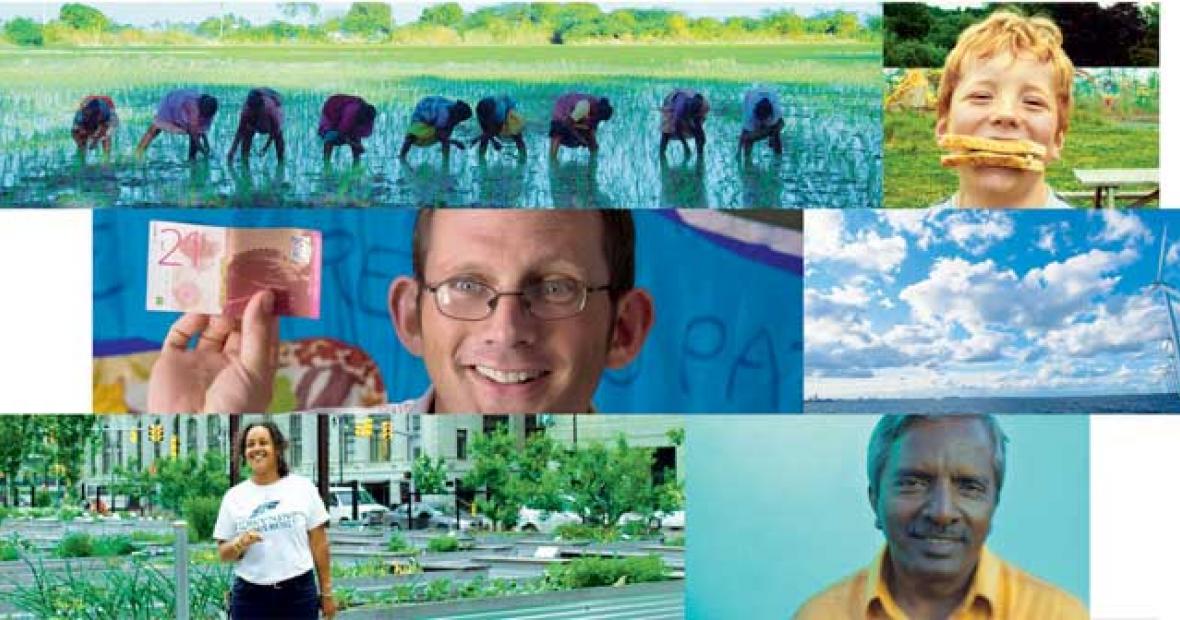 The Center for Prairie Studies will host a screening of the critically acclaimed French documentary, Demain/Tomorrow. The film will be shown at 4 p.m. on Sunday, April 23, in the Strand Theatre, 921 Main St., Grinnell. The showing is free and open to the public.

Demain/Tomorrow is an inspiring French documentary that highlights concrete examples of solutions to environmental and social challenges in agriculture, energy, economy, education and governance. The film showcases 10 examples from 10 different countries around the world. Cyril Dion and Melanie Laurent co-directed the film.

The documentary includes examples such as the Detroit urban farming movement, Copenhagen citizens and representatives, members of the Business Alliance for Local Living Economies located in Oakland, CA, and the people of the Kitchenware Revolution in Iceland.

The film received critical acclaim from a French newspaper, Le Monde, with the paper describing the film as a “breath of hope.” Hollywood Reporter critic Jordan Mintzen notes that the film “provides a comprehensive look at the ways in which activists, organizers and everyday citizens are trying to make the world a better, greener, more sustainable place.” It also is a winner of the Cesar, the French equivalent of the Oscar Award, for best documentary.

The Center for Prairie Studies, the Cultural Films Committee, Environmental Studies, French and Arabic Department, Institute for Global Engagement, and the Office of Community Enhancement and Engagement all helped sponsor this event.