Social Media and the Self(ie) 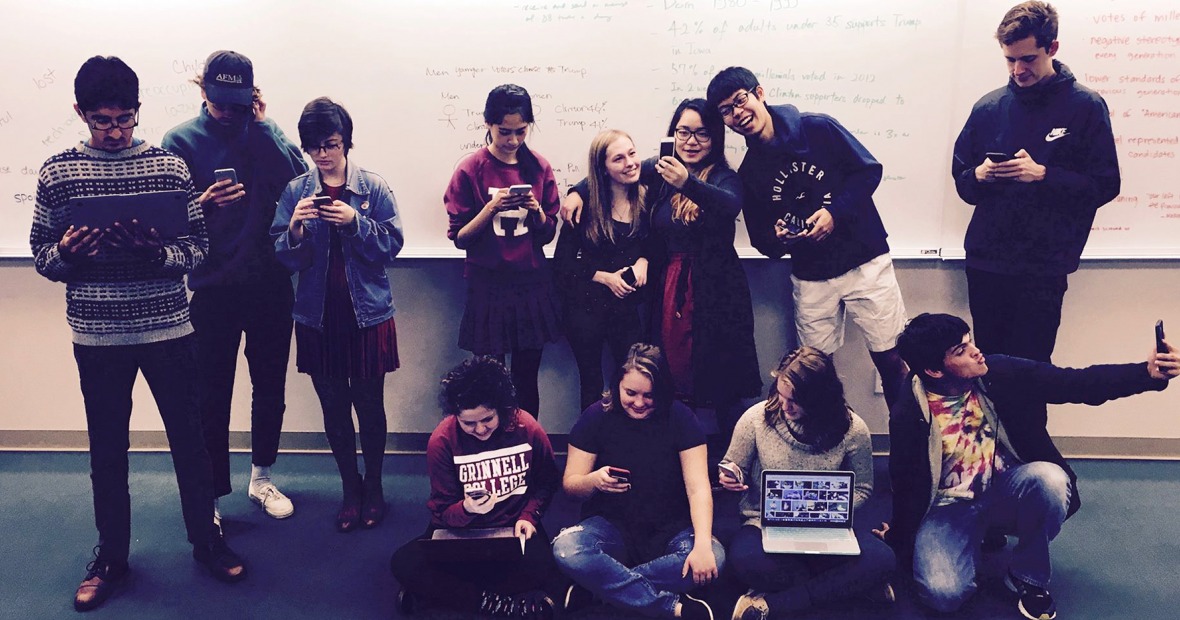 It is 2017, and social media is an inescapable fact of life. But amidst the dizzying stream of snaps and tweets, Instagrams and influencers, we often struggle to understand how this technology implicates our sense of self — and our relationship to the wider world.

Patrick Inglis, assistant professor of sociology, wants to change that. This past year, he piloted a new First Year Tutorial, The Presentation of Self in Digital Life. With assistance from Adrienne Hardin, social media specialist and media relations assistant, the class navigated the controversies, clichés, and confusions surrounding social media and the presentation of self.

Learning Skills for College — And Life

Many students came into class already thinking critically about online engagement. “I’ve always had a lot of skepticism about the authenticity of posts on social media,” says MaKennah Little ’20.

Inglis was pleasantly surprised by his students’ thoughtfulness — and eager to push them further. “They weren’t as apolitical or acritical in their own uses of social media as people of an older generation assume,” he says, “but the conversations they have outside a classroom setting aren’t necessarily as guided or directed as they could be.” 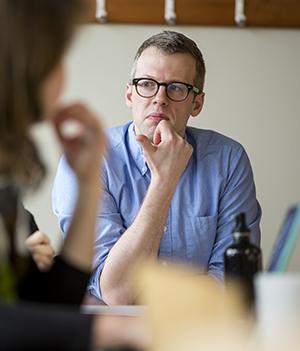 Over the course of the semester, Inglis and students explored a variety of topics related to social media and the self. Discussions ranged from the professional — how does your online presentation of self appear to potential employers? — to the philosophical — how do physical space and material reality connect to the technical “cloud”?

Empathy and community emerged as key course themes. In conversations about how social media affects cyberbullying, FOMO (Fear of Missing Out), and political echo chambers, Inglis emphasized the real-world consequences of online interactions.

“I wanted to help students lose the sense of online anonymity and consider others’ feelings,” he says. “Not just the feelings of another individual, but how the online space contributes or not to a sense of community and belonging.”

Using the Cloud to Connect with Physical Community

Students also explored how social media can facilitate offline engagement. “It might sound ironic for a tutorial on digital selves, but a major focus of the class was using digital to connect to the local, physical community,” Inglis says.

To that end, students developed social media plans for the Conard Environmental Research Area and produced short podcasts for local organizations like the Poweshiek Animal League Shelter and the Grinnell Chamber of Commerce.

Over the course of the semester, the tutorial developed its own sense of community and identity. “I had heard about Tutorial being a bonding experience, but I was incredibly surprised by how tight-knit the group became,” Hardin says. “By halfway through, they were almost like their own little family.”

In part, that closeness is a function of tutorial itself. Each tutorial comprises approximately 12 students, who self-select into the class.

Under these conditions, it’s unsurprising that many tutorials develop a sense of community. But Inglis’s students had an added incentive: they were required to interact outside of class on various forms of social media, including Instagram, Snapchat, and Facebook. When they reconvened for class, Inglis led guided discussions, during which students shared observations and insights.

“I think the social media focus helped the group bond,” Hardin says. “In and out of the classroom, they were interacting, asking questions, and thinking about how they presented themselves. Not just to the online world at large, but also within their class community.”