Spot the Gaps and Fill Them In 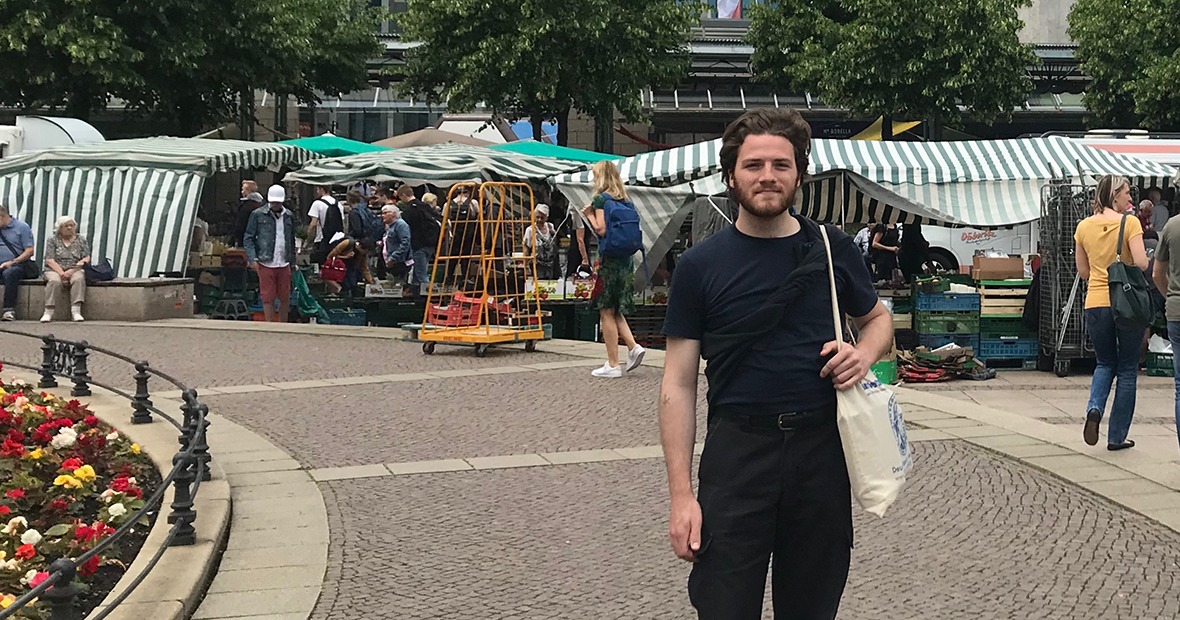 Philosophy major Jack Marchesi ’20 appreciates how philosophy courses consistently defy his expectations. “I always leave with more questions than I had before the course began.”

Marchesi came to Grinnell interested in politics, but soon found himself drawn to the more theoretical side of his political science coursework. This inspired him to take Introduction to Philosophy. The class helped him to think deeply about political ideas while also facilitating critical discussions encompassing many areas of human existence.

“That is precisely what gripped me in philosophy: crucial questions are often overlooked, and it is the duty of the philosopher to fill in those gaps,” Marchesi says. “One of the largest tasks of a philosophy student is to analyze the arguments we read, not merely rehash them.” And that’s one of the main reasons he decided to major in philosophy.

Working with Faculty Experts Across Disciplines

In his third year, Marchesi pursued a Mentored Advanced Project that explored philosopher Gilles Deleuze’s writings on the works of literary figures. While his project technically fell within the English department, “I always felt I could reach out to the philosophy department for guidance as well.”

Joseph Neisser, associate professor of philosophy, was teaching a class on philosophy and literature at the time, and “on multiple occasions he was willing to speak with me about the project and point me in the direction of other resources I may consult,” Marchesi says. “Philosophy lends itself to extremely interdisciplinary work, and during this process I certainly found that our department brings its expertise to many other areas.” Another reason to major in philosophy.

Once he graduates, Marchesi intends to pursue a philosophy Ph.D. “At Grinnell, we are lucky to have a small, diverse department in which the professors work closely with their students,” he says. “I can only hope to find a program where the professors and students work together in a fashion similar to Grinnell’s.”