First Undergraduate Union to Ratify Contract with a Private College 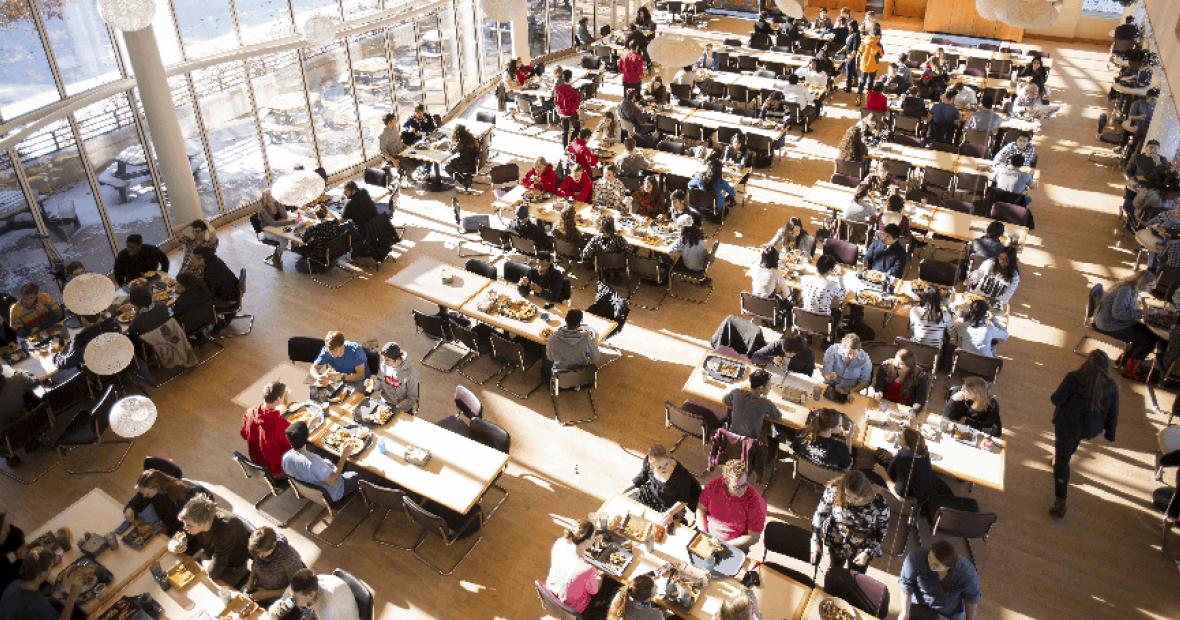 After nearly four months of bargaining, the Union of Grinnell Student Dining Workers (UGSDW) and Grinnell administrators ratified a one-year contract to raise wages for students who work in the College’s Marketplace Dining Hall. The agreement was the first between an undergraduate student union and a private college or university.

Starting Oct. 1, 2016, student dining hall workers saw their hourly wages increase 9 percent, from $8.50 to $9.25. In addition, students who work in the dining hall for 18 months are now eligible to receive accumulated experience pay, essentially raising their wages to $10 per hour.

Grinnell’s undergraduate union was created in March 2016 and numbered just five students at the end of the 2015–16 academic year. As of fall 2016, membership is up to 58.

Cory McCartan ’19, union president, explains that the decision to unionize was driven by two related issues. First, students were frustrated by what they saw as an unfair pay discrepancy. From 2009 to 2016, hikes in tuition coupled with stagnant student wages had decreased the relative value of work-study by over 25 percent. Second, the dining hall was chronically understaffed. According to McCartan, almost one in every five shifts had been going unfilled.

“The solution to both of these problems was to raise student wages,” he continues. “And the best way to do that was to form a union.”

In August 2016, the National Labor Relations Board ruled that graduate research and teaching assistants are entitled to collective bargaining rights under the National Labor Relations Act. While its decision focused on graduate students, nothing in the ruling prevents undergraduates from unionizing if they perform work for colleges or universities in exchange for compensation.

The first bargaining unit composed solely of undergraduate students was created in 2015, when peer mentors at the University of Massachusetts-Amherst won approval to join a local union for resident assistants.

Grinnell students and administrators are both pleased with the resolution reached through the negotiations. A statement released by Kate Walker, vice president for finance and treasurer of the College, said: “This agreement is a win-win for student workers and the College because students will increase their earnings, and the pay raises will help the College to attract new applicants to the dining hall.”

With the contract under its belt, UGSDW is now in the process of training union representatives. “In the spring, we’ll start thinking about the next round of bargaining,” says McCartan, “but until then, our focus is on doing the best we can to represent student workers.”