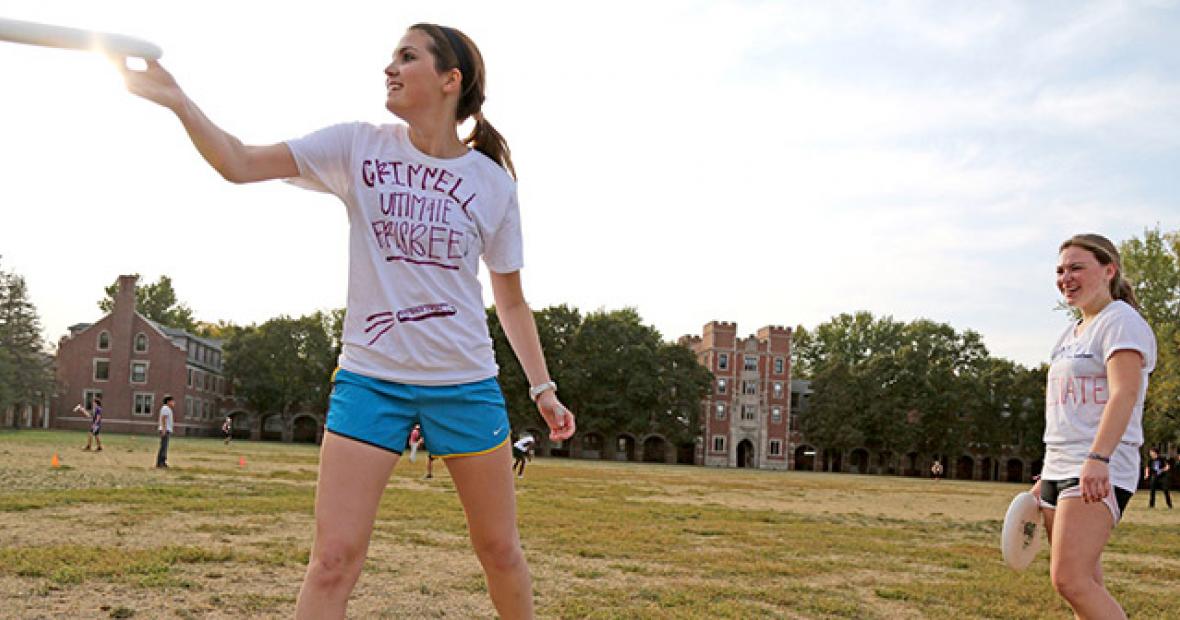 Who’s that taking over MacEachron Field this weekend? It’s Ultimate teams from across the Midwest, here for the 11th annual Elephantitis tournament!

Grinnell’s nationally ranked men’s and women’s teams (the Grinnellephants and the Sticky Tongue Frogs) host it every year.

“We absolutely love hosting this event,” says Evan Ma ’14. “And there’s always a long line to sign up for it.” For many teams, it’s the first tournament of the fall, a time for new players to learn the basics of the game before the competitive spring season.

“Elephantitis is an excellent time to let rookies play their hearts out and figure out what the sport is really like. Several teams, including the Grinnell squads, break into two smaller teams to get everyone as much playing time as possible,” says Ma. “The friendly environment draws teams in, but Sunday still gets competitive late in the day.”

Grinnell players look forward to their own highlight, playing against our alumni team, the Grinnellephant Graveyard.

The Grinnellephants and Sticky Toungue Frogs give a special thanks to Lyle Bauman, who has supported the event for years. “Every Elephantitis, a bunch of the teams camp at Lyle Bauman’s farm out in Brooklyn,” says Ma. “Lyle is absolutely the man. Not only does he let teams stay there, Lyle and his friends grill for more than 500 people. He is truly an amazing guy.”