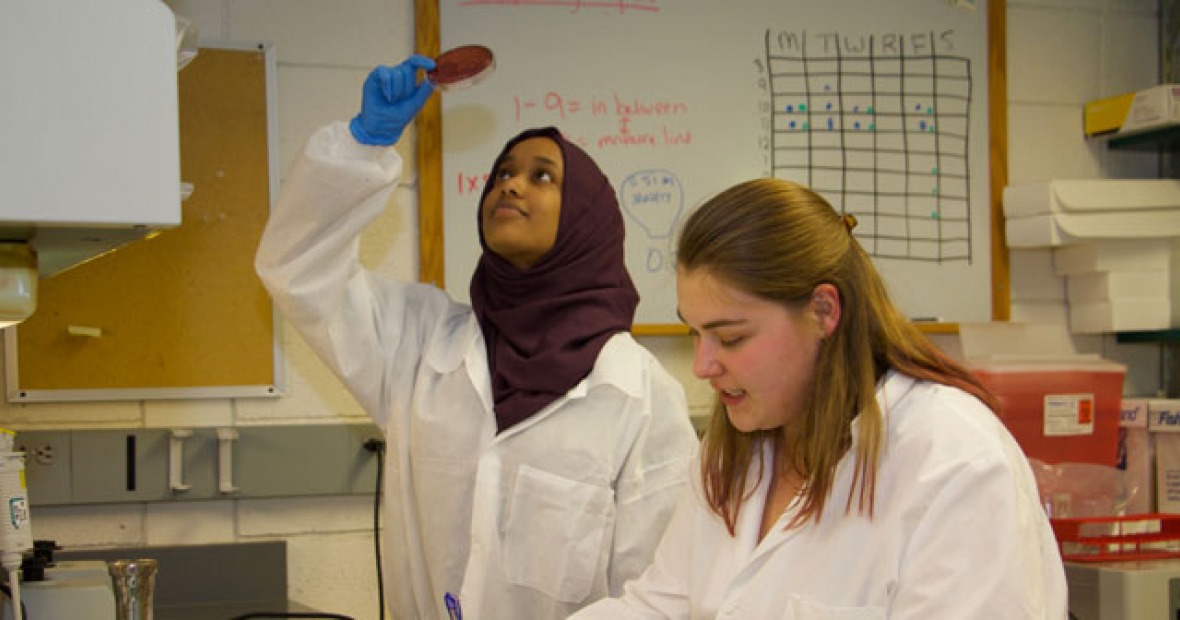 Using copper-alloy materials in fitness centers significantly reduced concentrations of bacteria on all equipment types, according to a new study published in the American Journal of Infection Control. The study shows high-touch surfaces in gyms made with copper will maintain reduced bacterial loads, as found in similar studies performed in hospitals. These results could reduce the number of community-acquired infections (CAIs). Led by Shannon Hinsa-Leasure, associate professor of biology, the study found significantly fewer bacteria on equipment with copper alloy grips such as dumbbells, barbells, kettlebells, specialty dumbbells, grip attachments, lat pulldown attachments, and low row attachments.

“Grip surfaces in athletic centers present an ideal environment for microbes to persist and spread,” said Hinsa-Leasure. “We have shown that copper alloy grips reduce bacterial numbers by 94% over control grips and thereby limit the spread of infectious microbes by reducing exposure to athletes.”

In the U.S., 57.3 million people are members of at least one athletic facility, and high-touch surfaces throughout a gym can serve as reservoirs for pathogenic microorganisms, including antibiotic-resistant Staphylococcus aureus (MRSA). Though typically found in hospitals, outbreaks of MRSA infections have become more common in athletic centers. But, while hospital-acquired infections and hospital-onset infections have dropped by 27.7 percent and 54.2 percent, respectively, CAIs have only dropped by five percent. There is a need for proper hygiene protocols and other preventative approaches to reduce the potential for CAIs in high-touch environments such as athletic facilities.

According to the World Health Organization, the rise of antibiotic-resistant bacteria is rapidly increasing and eliminating treatment options for infected individuals. Every year in the U.S., approximately two million people are infected with an antibiotic-resistant pathogen, and at least 23,000 die as a result of the infection. With the rise of MRSA and other CAIs in gyms, the use of copper alloy surfaces not only reduce bacterial burden, but also help prevent the spread of infections like MRSA.

MRSA and other pathogens can survive from days to months on dry surfaces, but copper alloy kills a majority of bacteria within two hours. Copper compounds have been used for medicinal purposes for thousands of years, yet copper alloys were just recently recognized by the Environmental Protection Agency as having antimicrobial effectiveness, driving the increased study and use of copper alloy surfaces.

The study was conducted over 16 months at Grinnell College Athletic Center. During the study, equipment was cleaned following the center’s protocol—machines, benches, and bars are wiped down with antibacterial wipes, users are encouraged to wipe down equipment, and a daily cleaning is performed every morning. High-touch areas were swabbed during open hours or immediately following is closing.

“We demonstrated that copper alloys excel at reducing bacteria in the athletic center environment at rates similar to those found in hospital settings,” said Hinsa-Leasure. “And we found the most common type of bacteria on these surfaces are Staphylococcus. In this high traffic environment with students, faculty and staff from all over the world utilizing the same equipment, installing copper alloy grips is a simple way to enhance the cleaning protocol of our athletic center.”