Studying the Literature of 20th-Century Central and Eastern Europe 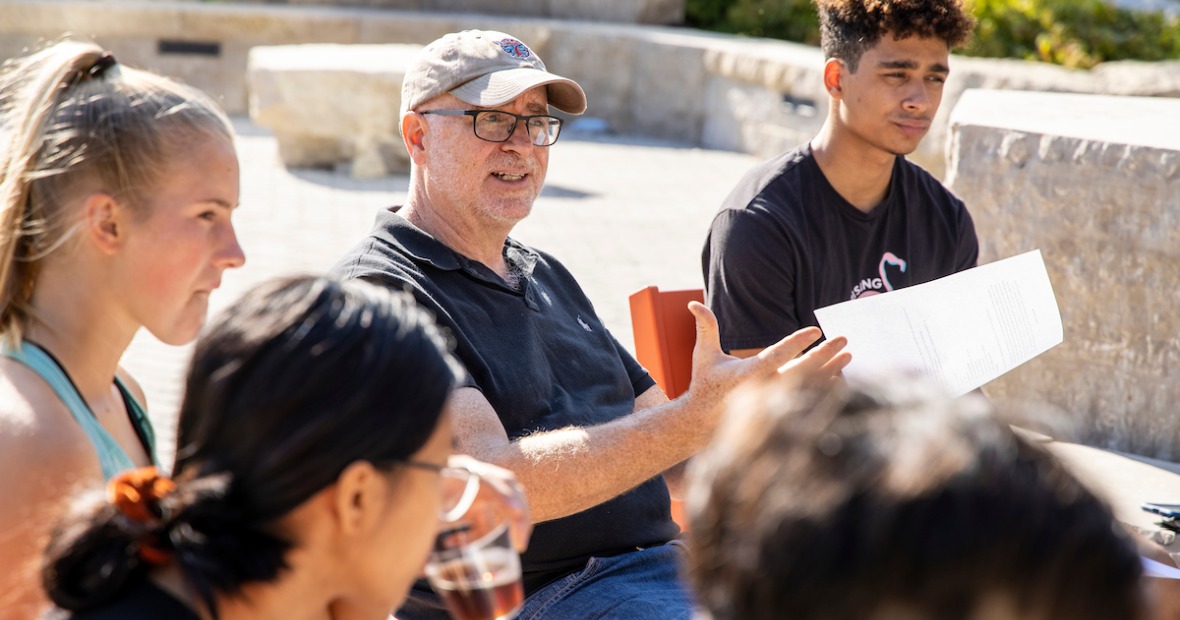 Perspectives in 20th-Century Central and Eastern European Literature might sound like a mouthful of a class title. If you’re considering the academic concentration of Russian, Central European, and Eurasian Studies, you are likely already intrigued by the region and its traditions, languages, and cultures. As Professor Todd Armstrong says, this course is an eclectic blend of media and literature from this part of the world.

Perspectives in 20th-Century Central and Eastern European Literature (RES 291) introduces you to the vital role of literature, as well as the literary and cultural connections among countries in this region of the world.

RES 291 examines and analyzes 20th-century literary works in translation from several Central and Eastern European countries, primarily (but not limited to) Poland and the former Yugoslavia and Czechoslovakia. As you think about those countries and the tumultuous history of this region, Armstrong says it’s essential to recognize the importance of languages and cultures and to consider the validity of others’ experiences and how they are portrayed in literature, film, and other media, and how they offer a more complex understanding of the region’s cultural history and what we can learn from it.

During the semester, you will explore how writers, artists, poets, and others attempt to understand and respond to significant events and issues. You will learn to appreciate how literature describes, explains, and influences opinions on cataclysmic events such as war, genocide, totalitarianism, political repression, clashes of religion and culture, and quests for identity. Armstrong is currently developing a unit on Ukrainian literature and film to help students better understand the current conflicts.

Armstrong says RES 291 is his most intense yet rewarding course. As you work through the course material, you will become aware of how the literature you are studying fits within a broader cultural, historical, and political context. This idea is valid across the academic spectrum, making it an essential building block of your liberal arts education. It will also help you understand the importance of all the humanities.

Armstrong refers to philosopher and educator John Dewey’s insight that all inquiry is value-laden. As you explore the readings for RES 291, you will develop and refine your system of beliefs and values. This course will continually challenge you to consider how you can make a difference and what it means to do so.

He hopes that Grinnellians will walk away from Perspectives in 20th-Century Central and Eastern European Literature with an appreciation for the value and importance of the humanities in understanding difference. As you pursue a life and career beyond Grinnell, you will take with you a lifelong curiosity about other cultures.