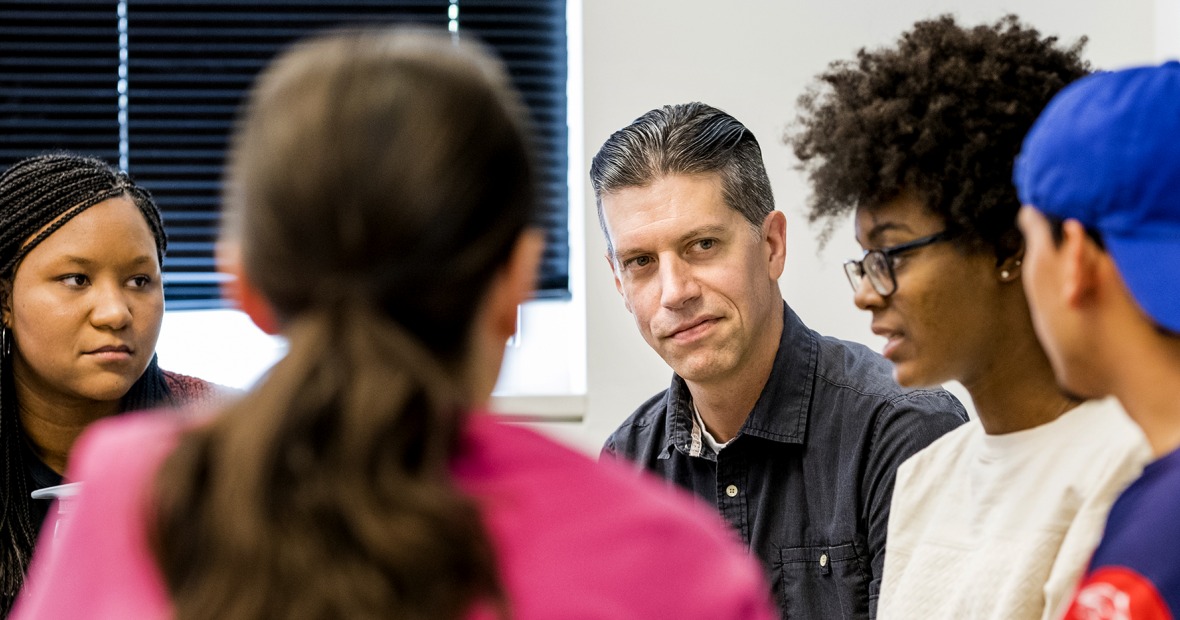 What do vegans, virginity pledgers, and voluntary simplifiers have in common?

According to Ross Haenfler, associate professor of sociology, more than meets the eye. Despite their different beliefs and behaviors, all of these groups engage in daily practices that deviate from cultural norms. By participating in lifestyle movements that challenge societal expectations, subculturists reveal existing power structures and promote social change.

The Importance of Studying Deviance

Haenfler traces his passion for subcultural sociology back to his teenage days as a self-described “deviant.”

“I discovered the punk rock scene in high school, and it just felt like home,” he says. “That was where I found all the other young people who felt like they didn’t fit in, or actively rejected parts of society that they found unjust or unfulfilling.”

In graduate school, subcultures and scenes became a major focus of Haenfler’s research. He has since studied virginity pledgers, metalheads, voluntary simplifiers, straight-edgers, and punk rockers who participate in do-it-yourself (DIY) culture, among others.

Haenfler is keen to emphasize that subcultural sociology “isn’t just about looking at ‘weird groups.’” Rather, it helps to illuminate the social structures and power relations that govern our individual and collective lives.

“The study of deviance is crucial for anyone who wants to understand social power on a deep level,” he explains. “Who gets to decide who is deviant, and who escapes that label? Who gets stigmatized, and who gets praised?”

Many people who are involved in subcultures are also engaged in lifestyle movements, which focus on creating social change via daily behaviors — think virginity pledgers in a sexualized culture, or vegans in a meat-eating society.

Despite the individual focus, these movements can also serve as avenues to collective action. “Lifestyle movements aren’t inseparable from contentious social movements, or from conventional politics,” Haenfler says. “These daily activities can get people’s political mindset in a certain place where they’re ready for the bigger actions.”

While subculturists might not initially think of themselves as activists, when the time comes for mass action — say, a political outrage that affects their particular scene — they have already built identity around the issues and connected with likeminded others. “With that groundwork in place, there’s a much clearer path to collective action,” Haenfler explains.

A Hub for the Study of Subcultures 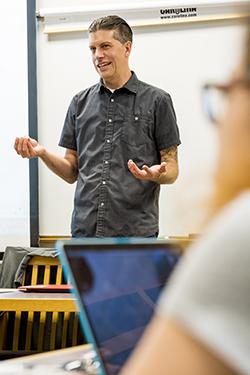 Though Haenfler has only been on campus since 2015, he is already eager to make his mark.

“Part of my mission is to make Grinnell College one of the centers for the study of subcultures and scenes in the United States, and maybe even the world,” he says. “I have ambitious goals!”

As part of that effort, Haenfler is attempting to bring subcultural sociology to the broader public via a new collaborative website. Designed and curated by students in Haenfler’s class on deviance and social control, the site will serve as a resource for researchers, students, and anyone who is interested in learning about the sociology of deviant groups.

“Rather than writing a research paper for an audience of one, I wanted students to distill and communicate their findings to a wider audience,” Haenfler says. “It’s essential that we push ourselves, and our students, to make academic knowledge accessible.”

A collaborative, DIY website that subverts the traditional research paper and makes sociology publicly accessible? Consider it a typical assignment from a punk-rock professor.