Summer Exhibitions Explore the Line Between Reality and Fiction 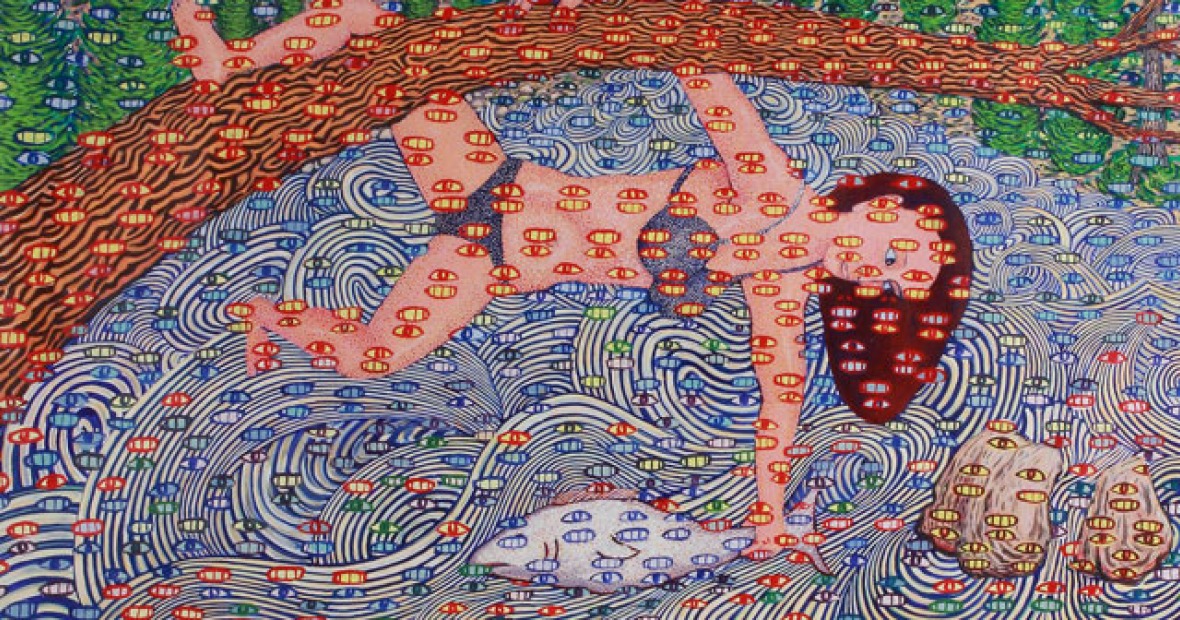 The line between fact and fiction — human and inhuman — is a subject of intense cultural exploration, from the political debate over fake news to the portrayal of sentient androids by HBO’s Westworld. A pair of exhibitions opening at Grinnell College’s Faulconer Gallery this month provide distinct lenses through which viewers can ponder their perceptions of reality and identity, with works ranging from the surreal to the hyper-real.

Faced: Charles Bierk features large-scale paintings that are nearly indistinguishable from photographs, while the tabloid-inspired images of Nuns, Hippos, and Extraterrestrials: Tom Schneider’s Painted Reality are both improbable and a bit unnerving. Both run from June 29 through Sept. 15 and are free and open to the public in the gallery at 1108 Park St. on Grinnell College’s campus. 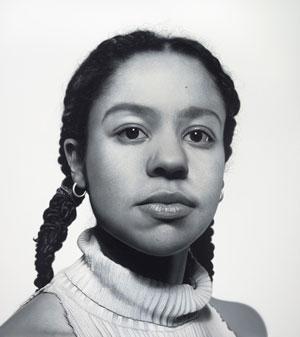 Canadian artist Charles Bierk spends a month or more on each of his photorealistic black-and-white portraits. In a selfie-saturated media age, the uncanny paintings beg a moment of reflection: What can images reveal about ourselves and others? Faced: Charles Bierk marks the first solo museum exhibition in the United States to feature Bierk’s images, which call to mind the work of Bierk’s childhood inspiration, American artist Chuck Close.

A cornerstone of the exhibition is “Tau,” a large-scale portrait measuring 7.5 feet tall and more than 6.5 feet across (90 x 80 in.). Grinnell College acquired the painting earlier this year, making it the first work by Bierk to enter a museum collection. Like Bierk’s other works, “Tau” is a portrait of someone close to the artist — in this case, Jamaican-Canadian artist Tau Lewis.

“The photographic quality of it is uncanny,” says Daniel Strong, the Faulconer Gallery’s associate director and curator of exhibitions. “The size of the painting and the intensity of the gaze make for a striking experience.”

In contrast to Bierk’s hyper-realistic style, the works of Schneider are strange, improbable, and etched in vivid color. Nuns, Hippos, and Extraterrestrials: Tom Schneider’s Painted Reality features 15 paintings, two collages, and six prints, each telling a different and engaging tale.

“Schneider’s works are cartoony and surreal, and they tell crazy stories,” says gallery director Lesley Wright. “The crazier the better.”

Schneider draws inspiration from tabloid newspapers and mythology — one of his works on display, “Susie Salmon Snatcher,” depicts a woman in a bikini hanging from a tree, grabbing a fish; the surface of the image is overlaid with a pattern of mouths and eyes.

The artist honed his representational style in the 1980s at the School of the Art Institute of Chicago, where he worked with famous Chicago Imagist Karl Wirsum, of the art group known as the Hairy Who. He now lives in Evanston with his wife, Ann, and their two dogs named Hoot and Holler; he is an exhibit technician for the Kohl Children’s Museum.

The Faulconer Gallery is in Grinnell College’s Bucksbaum Center for the Arts, 1108 Park St., Grinnell.

The gallery serves the educational mission of the College and its commitment to community by giving students and the general public the chance to interact with a diverse range of artistic exhibitions, from easel paintings and installation art to drawings and video.

Gallery hours are 11 a.m. to 5 p.m. Monday through Saturday, closed on Sundays and July 4.