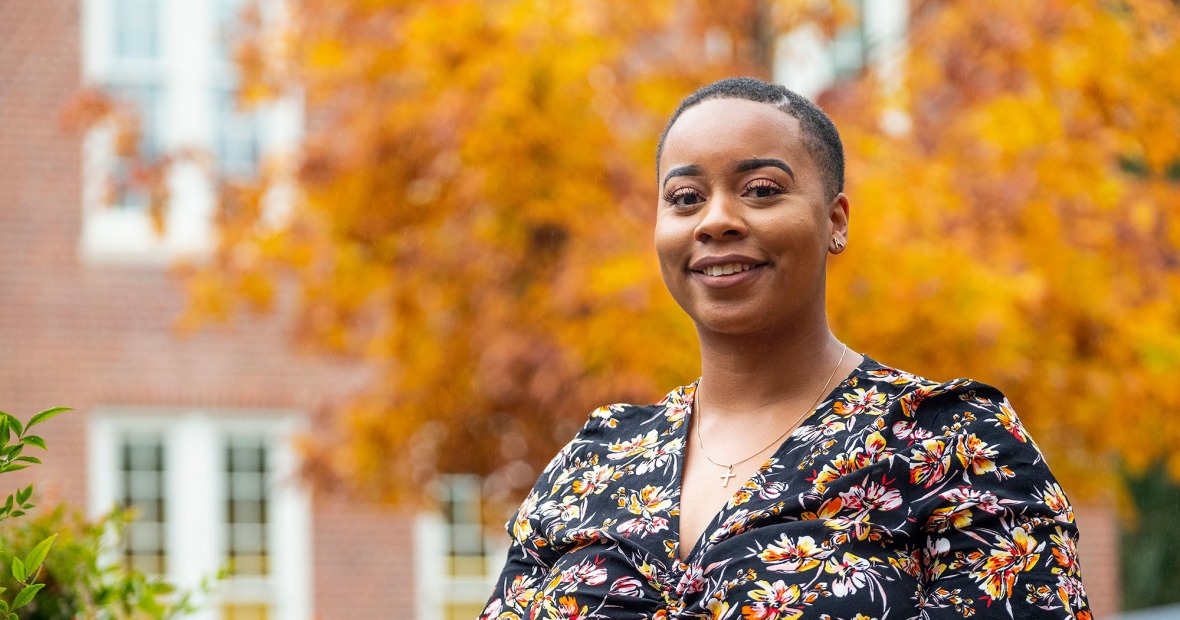 During her first year at Grinnell, Alexandra Odom ’16 received a comment on a history paper that made her nervous.

“Come see me in my office,” Al Lacson, associate professor of history, had written. Odom thought that meant she’d done a poor job on her paper. Nervous, she went to see him.

Lacson told her, “Your paper is really good. I was wondering if you had ever considered being a Mellon Mays fellow.”

“What’s that?” she asked. He explained.

The Mellon Mays Undergraduate Fellowship (MMUF) program is aimed at identifying underrepresented students in the liberal arts who would be interested in becoming professors. MMUF fellows work with a faculty mentor to do a longer research project and learn more about what it’s like to be a professor.

The program also embraces Grinnell’s approach to education — individually advised learning for the intellectually engaged, producing graduates who contribute to the common good.

Odom came to Grinnell intending to be a high school history teacher. “It was really through Mellon that I realized that being a professor at the collegiate level and doing research and publishing my own material was something that I would actually be interested in,” she says.

Odom learned about the work professors do in addition to teaching classes and grading assignments, such as writing articles and books, giving conference presentations, and creating a professional network. One of the simple, practical tools she learned to use, and still uses, as a Mellon fellow is a color-coded Excel spreadsheet that tracks what she’s going to do, week by week. 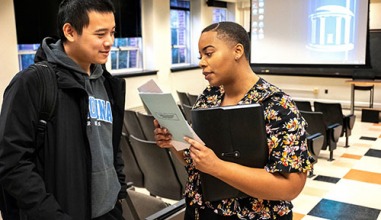 “I think one of the good things about being a Mellon [fellow] at Grinnell is that they're really intentional about not only telling you about what the realities of being a professor are but letting you know ‘Hey, this is actually how you can go about getting it done, and these are specific tools that will help you to be successful,’” Odom says.

As a Ph.D. student in history at the University of North Carolina now, Odom is confident that she can do the work because of what she learned at Grinnell and as a Mellon fellow.