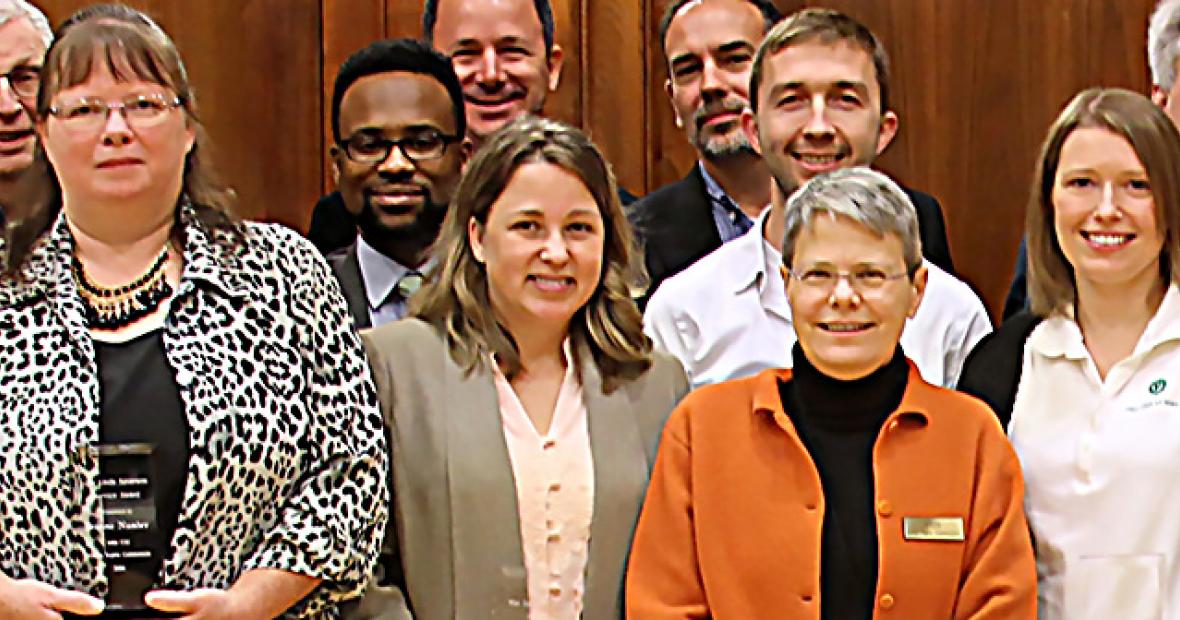 Nyden has spent the last two years tirelessly advocating for children’s mental health services in Iowa. After seeing the difficulties her own family faced in finding children’s mental health resources, she, along with two other families, formed Parents Creating Change, a group to advocate for local and state reform. Working with the National Alliance on Mental Illness (NAMI), Parents Creating Change then formed the NAMI Iowa Children’s Mental Health Committee.

In partnership with Parents Creating Change and the NAMI committee, Nyden has organized rallies at the Iowa Statehouse, generated media coverage, and raised awareness about the needs of children with unique mental health needs in Iowa. Last year, she created the Coalition for a Children’s Mental Health Redesign in Iowa to work with lawmakers, families, and organizations to create a comprehensive proposal for redesign of children’s mental health services.

“Not only has Tammy Nyden been the primary spokesperson for this coalition, but she spent hundreds of hours researching data, asking questions of parents and professionals, and preparing this document,” says Renee Speh, co-chair of the Coalition for a Children’s Mental Health Redesign. “She continues to be an outspoken and powerful ambassador for children and families.”

“The Human Rights Commission does such amazing work; it is humbling to receive this award from the commission,” Nyden says. “I am grateful to NAMI Johnson County for the nomination, particularly Mary Issah, who was so central to getting our efforts off the ground. It is rewarding to see incremental changes already starting to take place at the state level, but there is so much work left to do.”

Nyden was honored at an awards breakfast (starting at approx. 34:30 minutes).

Nyden has been recognized widely for her advocacy work. In 2014, she received the Advocate of the Year Award from Iowans with Disabilities in Action.

The Isabel Turner Award is presented each year to individuals who show exceptional commitment to volunteer service in the areas of human rights and the environment. The members of the Iowa City Human Rights Commission, including Professor of Political Science Eliza Willis, choose the recipient each year from a pool of nominations.

Turner, for whom the award is named, was an activist for human rights and the environment in Iowa City for many years. As a member of the Citizen’s Advisory Committee of the Johnson County Regional Planning Commission (now Metropolitan Planning Organization of Johnson County) from 1974-1980, she helped develop the county-wide transportation plan. She also served on the City of Iowa City Human Rights Commission from 1981-84.