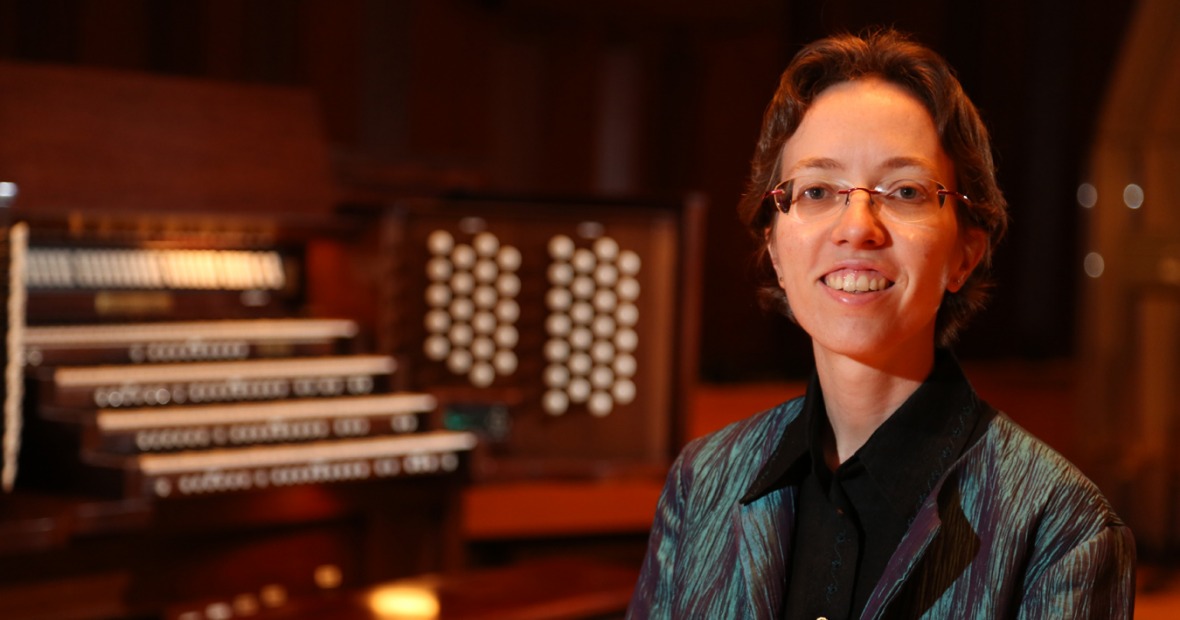 Isabelle Demers, who is rapidly becoming recognized as one of North America’s most virtuosic organists, will perform a concert at 3 p.m. Saturday, April 6, in Herrick Chapel. The performance is designed to celebrate the 10th anniversary of the restoration of the chapel’s historic organ, which is on the register of the Organ Historical Society.

Public Events Series and the Department of Music, a co-sponsor.

Isabelle Demers began piano and organ study at age 11 at the Montreal Conservatory of Music in Canada. After graduation in 2003 she studied on scholarship for a year in Paris at the École Normale de Paris-Alfred Cortot. She received her master’s and doctoral degrees from The Juilliard School in New York City, where she studied with Paul Jacobs.

Demers was a featured artist at the 2009 national convention of the Royal Canadian College of Organists in Toronto and at the 2010 national convention of the American Guild of Organists in Washington, D.C. Her performance in Washington was received with great acclaim not only by critics, who deemed it “one of the most outstanding events of the convention” (The American Organist), but also by the standing-room-only audience, which called her back five times.

She also was lauded in a review of her 2010 performance at the joint convention of the International Society of Organbuilders and the American Institute of Organbuilders in Montreal, Canada. According to the review, “She enchanted the entire audience with her virtuoso performance,” leaving the entire congress in an atmosphere of “Demers fever.”

Demers has been a prize-winner and finalist in several international performance competitions and performs widely in the United States, Canada, and Europe. Her recent engagements include the cathedrals of Cologne and Regensburg (Germany); St. Paul’s Cathedral and the Royal Festival Hall (United Kingdom); the Royal Opera House of Muscat (Oman); Auckland Town Hall (New Zealand); Melbourne Town Hall (Australia); as well as major universities and concert halls in the United States. She has recorded four CDs for the labels Pro Organo and Acis, with three more projects currently in production.