Water Sustainability: Can it be achieved? 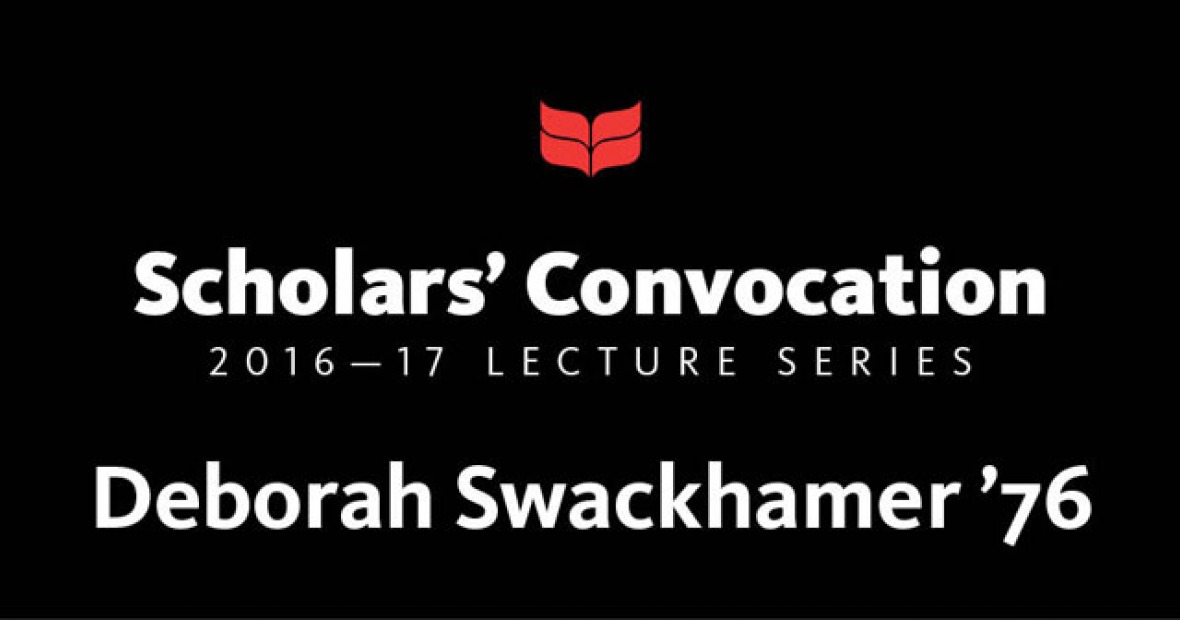 “Water, water, everywhere, but not a drop to drink…? Our nation’s water resources are plagued by pollution (Des Moines), drought (California), and aging infrastructure (Flint, MI). Can we get ahead of the curve and manage our water resources in a sustainable manner?

On Thursday, Oct. 27, 2016, Deborah Swackhamer ’76, 2016 Danforth Lecturer, will present the Scholars’ Convocation, “Water Sustainability: Can it be achieved?” She will explain the challenges we face and possible approaches to achieve sustainable water management.

Later in the day she will presenting the Danforth Chemistry Lecture, “Environmental Chemical Fate and Impact,” in Noyce Science Center.

Swackhamer studies the processes affecting the behavior of, and exposures to, toxic chemicals in the environment. She works on policies to address these potential risks, working at state, national, and international levels.

She received a bachelor’s in chemistry from Grinnell College, and a master's and doctorate from the University of Wisconsin-Madison in water chemistry and limnology & oceanography, respectively.

After two years of post-doctoral research in chemistry and public & environmental affairs at Indiana University, she joined the Minnesota faculty in 1987. She officially retired from the University in 2015, and continues to work informally with researchers and decision makers on water resource policy.

In 2012 Swackhamer completed a 4-year term as chair of the Science Advisory Board of the U.S. Environmental Protection Agency, and was president of the National Institutes of Water Resources in 2011–12.

In 2012 Swackhamer completed a 4-year term as chair of the Science Advisory Board of the U.S. Environmental Protection Agency, and served as a member of the Science Advisory Board of the International Joint Commission of the U.S. and Canada from 2000–13. She currently serves as chair of the U.S. EPA Board of Scientific Counselors. Having served on several recent National Academies of Science National Research Council committees, she was appointed to a 3-year term on the National Academy of Sciences Board of Environmental Science and Toxicology in 2016. She served as a governor appointee on the Minnesota Clean Water Council from 2007–15. She was President of the National Institutes of Water Resources in 2011–12.

Swackhamer received the 2007 Harvey G. Rogers Award from the Minnesota Public Health Association. In 2009, she received the prestigious Founders Award from the Society of Environmental Toxicology and Chemistry for lifetime achievement in environmental sciences. She was the 2010 recipient of the University of Minnesota’s Ada Comstock Award. . She is a lifetime fellow in the Royal Society of Chemistry in the UK. In November, 2014 she was named an inaugural fellow of the international Society of Environmental Toxicology and Chemistry.

Minors under age 18 need to be accompanied by an adult. Grinnell College is not responsible for supervision of minors on campus.