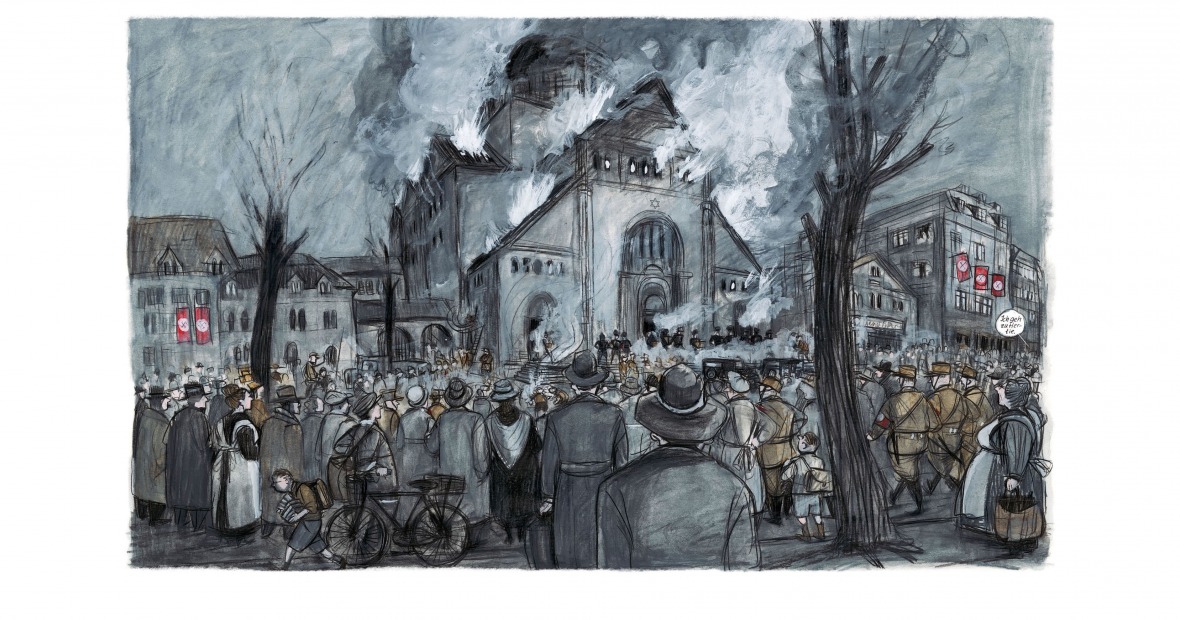 Barbara Yelin, award-winning graphic novelist and 2018 Department of German artist-in-residence, will give a lecture and discussion in German and English starting at 4:15 p.m. Tuesday, April 24 in Faulconer Gallery, Bucksbaum Center for the Arts.

Refreshment will be served in the Bucksbaum Rotunda beginning at 4 p.m.

Barbara Yelin was born 1977 in Munich and studied illustration at the Hamburg University of Applied Sciences, graduating 2004. Her first books, the graphic tale Le Visiteur (2004) and the comic Le Retard (2006), were published in France. She also regularly published comic short stories in SPRING, an annual comics journal published by a group of female illustrators.

Her next graphic novel, Gift (2010, with author Peer Meter), describes the historic criminal case of Gesche Gottfried, a female serial killer living in Bremen 1828. Barbara Yelin's multi-award winning graphic novel Irmina (2014), published in 2014 (English 2016), is a gripping drama about having to chose between personal integrity and social advancement. Based on a true story, Yelin's atmospheric images document the many rifts in a young woman's life, thus concentrating on the choice made by many to look the other way and become accomplices of the Nazi regime.

Together with Thomas von Steinaecker she created the web comic series Der Sommer ihres Lebens in 2015 (tr. The summer of her life".) In autumn 2016, the exhibition Vor allem eins – dir selbst sei treu, a comics biography about the famous Israeli actress Channa Maron, which was created in collaboration with the Goethe Institute Tel Aviv and the comics artist David Polonsky, was published at Reprodukt.

Barbara Yelin's works have been shown in numerous exhibitions. In 2008 she won the comics newcomer prize of the Frankfurt Book Fair, in 2015 the Bayrische Künstförderpreis, and in 2016 the Max und Moritz-Preis for Best German-language Comics Artist. Yelin lives and works in Munich.