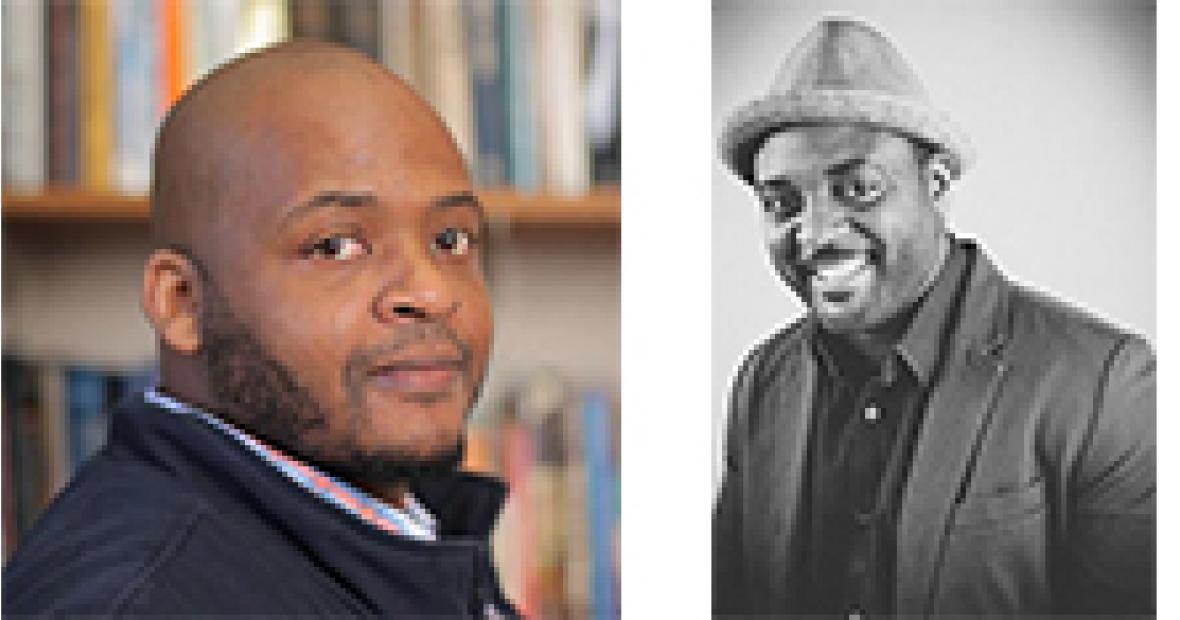 Award winning authors Kiese Laymon and Dwayne Betts will read from their work and discuss writing on Thursday, September 28, as part of

the Writers@Grinnell series at Grinnell College. The event, which is free and open to the public, will start at 8 p.m. in the Joe Rosenfield ’25 Center (JRC) room 101.

In addition, a conversation with Kiese Laymon and Dwayne Betts will be held at 4:15 p.m. in JRC 101.

Kiese Laymon is currently a Professor of English and African American Studies at the University of Mississippi. Laymon is the author of the novel, Long Division and a collection of essays, How to Slowly Kill Yourself and Others in America, the UK edition released in 2016. Laymon has written essays, stories and reviews for numerous publications including Esquire, McSweeneys, New York Times, ESPN the Magazine, Colorlines, NPR, LitHub, The Los Angeles Times, The Guardian, PEN Journal, Fader, Oxford American, The Best American Series, Ebony, and Guernica. He is a contributing editor of Oxford American. Three essays in How to Slowly Kill Yourself and Others in America have been included in the Best American series, the Best of Net award, and the Atlantic's Best Essays of 2013. He was selected a member of the Root 100 in 2013 and 2014 and Ebony Magazine Power 100 in 2015.

Reginald Dwayne Betts, is a poet, memoirist, Yale law graduate, and activist. He is the author of three books: the recently published Bastards of the Reagan Era, the 2010 NAACP Image Award winning memoir, A Question of Freedom, and the poetry collection, Shahid Reads His Own Palm. Dwayne is currently enrolled in the PhD in Law Program at the Yale Law School. He has earned a J.D. from the Yale Law School, an M.F.A. from Warren Wilson College’s M.F.A. Program for Writers, and a B.A. from the University of Maryland and served on a presidential advisory board during the Obama administration.