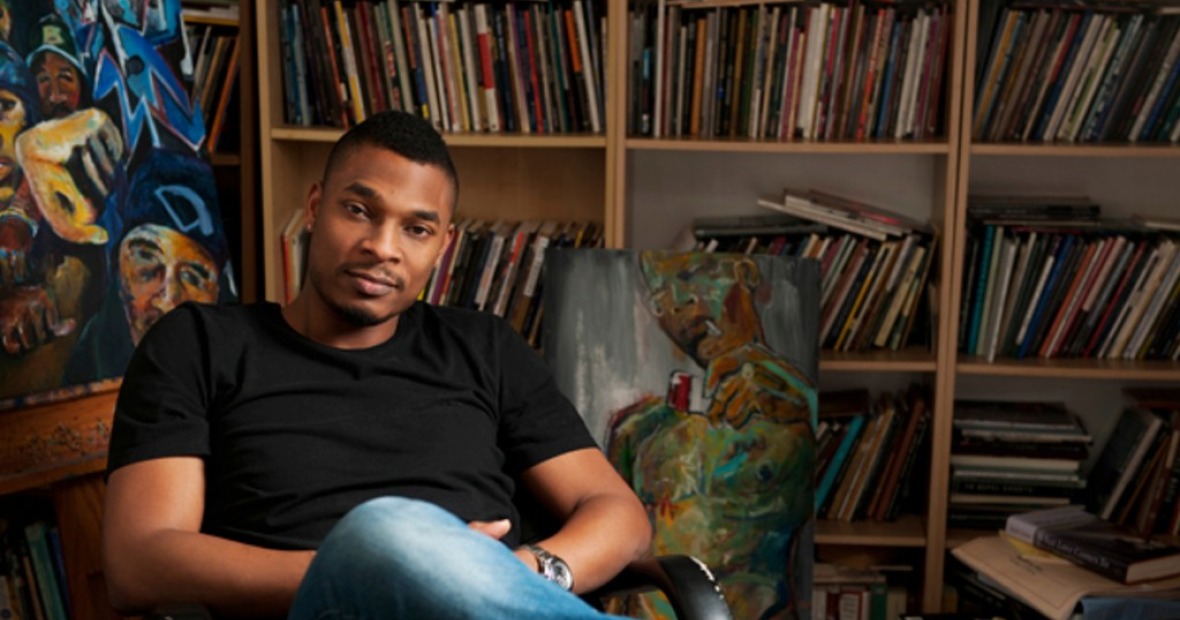 Terrance Hayes is a 2014 MacArthur Fellow. He was born in Columbia, South Carolina in 1971, and educated at Coker College where he studied painting and English and was an Academic All-American on the men’s basketball team.

His first book, Muscular Music, won a Whiting Writers Award and the Kate Tufts Discovery Award. His second book, Hip Logic (Penguin 2002), was a National Poetry Series selection and a finalist for both the Los Angeles Time Book Award and the James Laughlin Award from the Academy of American Poets. Wind In a Box (Penguin 2006), a Hurston-Wright Legacy Award finalist, was named one of the best books of 2006 by Publishers Weekly. How to Be Drawn received the 2016 NAACP Image Award for Poetry. Lighthead was the winner of the 2010 National Book Award.

His essay collection, To Float In The Space Between: Drawings and Essays in Conversation with Etheridge Knight (Wave, 2018) was a finalist for the National Book Critics Circle Award and winner of the Poetry Foundation’s 2019 Pegasus Award for Poetry Criticism.

In addition, Hayes will lead a roundtable discussion which is free and open to the public at 4:15 p.m. in the Humanities and Social Studies Center, (HSSC) Room S1325.