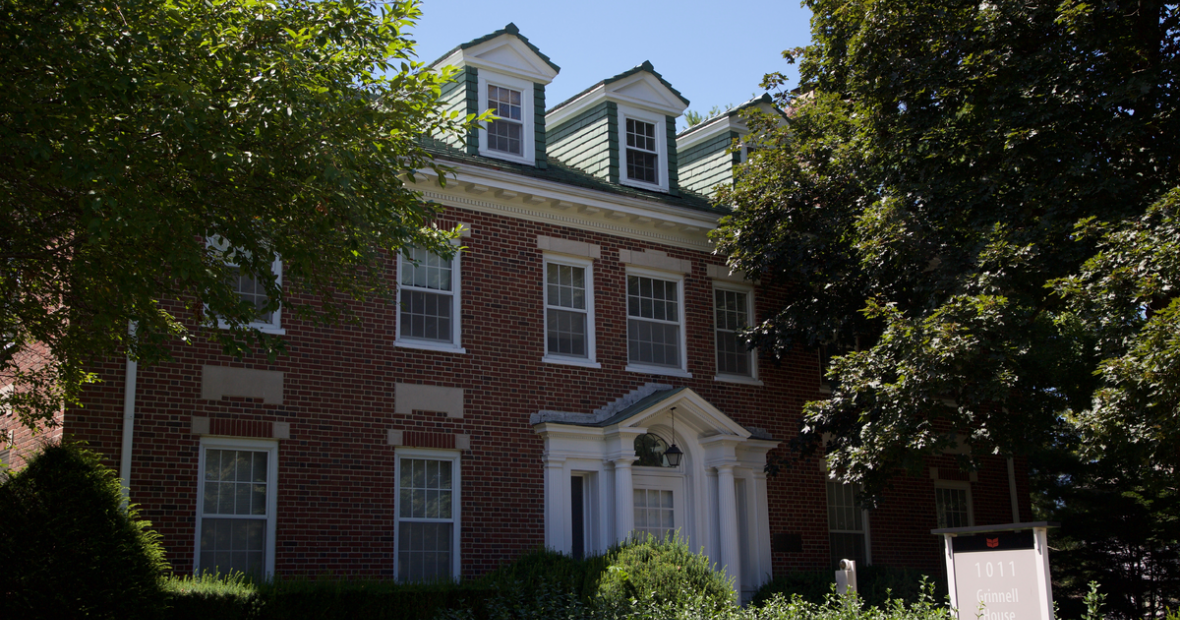 Grinnell House was the home of each president of the College from 1917 to 1961. A previous president's house on the same site— a splendid Italianate structure built as a private residence in 1867— was razed after serving the College's presidents from 1887 to 1917. The current handsome Georgian building, an almost pure example of that style, is elegantly appointed in every room and provides many forms of college hospitality. Distinguished guests who have stayed in the house have included Presidents Harry Truman and Dwight Eisenhower when their terms in office were completed, other political leaders and high officials of the United States and of many other countries, poets, artists, novelists, scientists, Nobelists in various fields, and many others. The building was designed by William H. Brainerd and was opened in 1917 as the home of President and Mrs. John H.T. Main. During the presidency of Howard Bowen, it was felt that more privacy was needed for the president's family, and the International Style house at 1600 Park St., designed by Russell and Lynch of Des Moines, was built in 1961. Grinnell House was completely refurbished in 1984, with great care taken to preserve the original architectural features of both the interior and exterior.