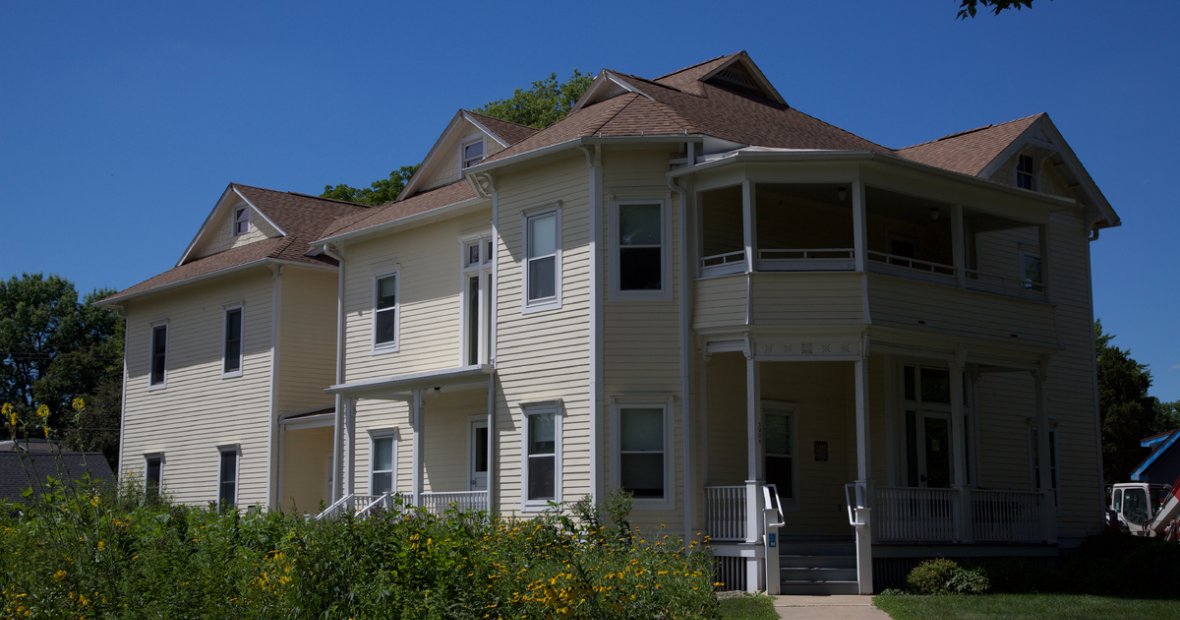 The Jesse Macy House at 1205 Park Street opened in spring 2008— a newly renovated home for many of the College's distinguished programs. The house brings together programs that regularly enrich the lives of Grinnellians by bringing special speakers and performers to campus, providing new and unusual research opportunities, and bridging the boundaries between academic disciplines.

The house is named in honor of Jesse Macy, a highly respected professor and one of the foremost political scientists of his time. At age 17, Macy entered Grinnell College (then Iowa College). Drafted into military service during the Civil War, he served as a Quaker non-combatant, then returned to Grinnell to graduate in 1870. In 1885, he joined the faculty as a professor of political science. He devoted himself to teaching and to writing many books on political, social, religious, and international subjects, including one of the earliest U.S. government textbooks, aptly named Our Government. After retiring, he traveled more extensively and formed close associations with people such as inventor James Bryce and playwright George Bernard Shaw.