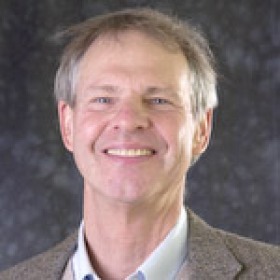 Jonathan Andelson was born in Chicago, attended college at Grinnell, and earned his doctorate in anthropology at the University of Michigan in 1974. His main interests are intentional communities, religion, agriculture, and human-environment interactions.  His principal field research, on the Amana Colonies of Iowa, has resulted in numerous publications, and he has nearly completed a book-length study of Amana culture and history. He is past president of the Communal Studies Association and former book review editor of the journal Communal Societies.  His most recent publication, “A Conversation with Paolo Lugari, Founder of Las Gaviotas, Colombia,” appeared in the fall 2014 issue of that journal.  An essay on the symbolism of Amana cemeteries will appear in the journal, Plains Anthropologist.

In 1999 Jon co-founded the college’s interdisciplinary Center for Prairie Studies and has served as its director since 2000. The Prairie Studies position has led to more contacts with faculty across the college and with a variety of community groups in and around Grinnell.  In 2000, Jon co-founded the Grinnell Area Local Foods Alliance (GALFA), an organization that promotes the use of locally produced food by individuals and institutions in Grinnell.  Recently, Jon has tried his hand at writing for general audiences.  Place Studies meets Prairie Studies meets Anthropology in essays, “Changing Heroes” (which first appeared in the Fall 2008 issue of The Land Report, published by The Land Institute in Salina, Kansas, and reprinted here with permission) and Crosby's Footprint (originally published in Number 16 of the Wapsipinicon Almanac, 2010, reprinted here with permission), which profiles the walking habit and carbon footprint of a Grinnell resident.  An essay, “The Evanescent Iowa Prairie:  When, How, Why, and What Next,” will appear in the Center’s publication series at the beginning of 2016.

Jon and his wife, Karin Stein, have three daughters, two of whom graduated from Grinnell, the third a senior at Macalester College.  They live at Rock Creek Lake.

B.A. from Grinnell College Doctorate in anthropology at the University of Michigan