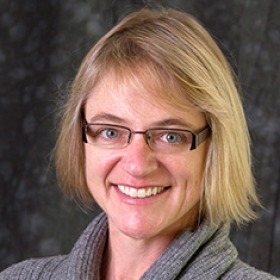 Jenny Anger is professor of art history at Grinnell College, where she has taught since earning her Ph.D. in the history of art and architecture at Brown University in 1997. Anger’s specialty is twentieth-century European art history and theory. Her first book, Paul Klee and the Decorative in Modern Art (Cambridge University Press, 2004) situates Klee’s art within the problematic of the decorative as it was articulated and contested especially in the early years of the twentieth century. Anger’s second book, Four Metaphors of Modernism: Der Sturm and the Société Anonyme, appeared with the University of Minnesota Press in 2018. The book argues for the unacknowledged centrality of metaphor in modern art through an exploration four recurrent metaphors—piano, water, glass, and home—that shape the realm of possibility of art in the two titular organizations: Herwarth Walden’s Der Sturm in Berlin (1910-32) and Marcel Duchamp and Katherine Dreier’s Société Anonyme in New York (1920-50).

Anger’s teaching at Grinnell reflects her research commitments. In addition to sections of “Introduction to Art History,” Anger’s regular courses are “Modern Art in Europe, 1900-1940,” “Art Since 1945,” “American Art,” and “Berlin: Borders and Transgressions” (co-taught with German professor Daniel Reynolds). Anger has also utilized the Grinnell College Art Collection to teach the department’s triennial Exhibition Seminar three times: on photogravures of American Indians by Edward S. Curtis, on German Expressionist prints, and on the theme of repetition in art more broadly. The resultant student-curated exhibition, Repeat, Reveal, React: Identities in Flux, ran at the Faulconer Gallery from 29 January to 21 March 2010. Finally, Anger has been pleased to offer a Senior Seminar on several topics to date: “Avant-Garde Exhibitions and the Myth of the White Cube,” “The Gesamtkunstwerk,” “Modernism and the Market,” “Modernism and Postmodernism,” and “Twentieth-Century Art and Philosophy in Dialogue” (co-taught with philosophy professor Alan Schrift).

Student research under Anger represents a broad range of student interests and has resulted in many outstanding senior theses. In spring 2016, Eliza Harrison’s thesis, “Early Sonia Delaunay: The Avant-Garde at Home,” shared the College’s coveted Phi Beta Kappa Scholar’s Award with a project in the sciences.

Four Metaphors of Modernism: From Der Sturm to the Société Anonyme (Minneapolis: University of Minnesota Press, 2018)