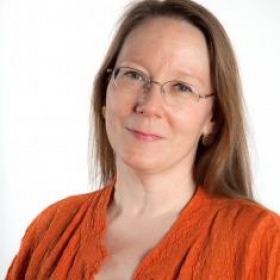 Jennifer Williams Brown (musicology) is a specialist in the history and performance of Baroque music, particularly 17th-century Italian opera. Her research focuses on decoding clues in 17th-century manuscript and printed sources, then making the results accessible to modern performers, students, and scholars. In 2008 her edition of Francesco Cavalli’s opera La Calisto (A-R Editions, 2007) won the Claude V. Palisca Award, given annually by the American Musicological Society for the best scholarly edition or translation in the field of musicology. This edition has had numerous performances around the world, including Paris (Les Talents Lyriques), the Amherst Early Music Festival, Chicago (Haymarket Opera; Music of the Baroque), Montréal (Opéra McGill), Rice University, and Bremen (Hochschule für Künste). Her second Cavalli edition, Scipione Affricano, is forthcoming in the series The Operas of Francesco Cavalli (Bärenreiter Verlag); preliminary versions have been performed at Yale, Grinnell, and in Rome. She has been active as a musicological consultant and coach for both student and professional opera companies, including Simpson College Opera (La Calisto, Dido & Aeneas, Venus & Adonis, Acis & Galatea) and Haymarket Opera (La Calisto, La Didone). Other publications include articles in several collections of essays, The Cambridge Opera Journal, The New Grove Dictionary of Music, The Journal of Musicological Research, The Viking (Penguin) Opera Guide, and Seventeenth-Century Music, and presentations at numerous international and national conferences. Her research has been awarded grants from the National Endowment for the Humanities, the Delmas Foundation, and in 2013 she was named Frank and Roberta Furbush Faculty Scholar.

Prof. Brown joined the music faculty of Grinnell College in the fall of 2005; she teaches music history and directs the Collegium Musicum. Prior to arriving at Grinnell, she taught at the Eastman School of Music, the University of Rochester, and Louisiana State University, where she directed the Collegium Musicum for seven years. She studied harpsichord with George Hunter (University of Illinois), Christopher Kite (Guildhall School of Music, London), and Malcolm Bilson (Cornell University) and continuo accompaniment with Arthur Haas (Eastman).

Prof. Brown is also a specialist in historical dance (Renaissance, Baroque). She trained in classical ballet at the National Academy of Dance (Champaign, IL) and studied Baroque dance in Boston with Margaret Daniels and Ken Pierce. She taught three courses on historical dance at the Eastman School of Music and University of Rochester and has given numerous workshops and guest lecture-demonstrations around the country. She directed dances for several historical theatre productions at Harvard, Cornell, and the University of Rochester. In 2007 she was dance director and co-music director (with John Rommereim) of Grinnell’s production of The Beggar’s Opera, for which she prepared a new musical edition. In 2012, she taught dance at the Baroque Performance Academy of the Shenandoah Valley Bach Festival.