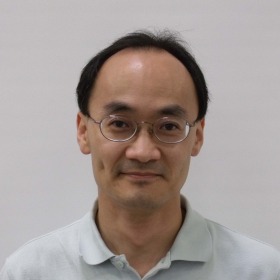 Jee-Weon Cha is a music theorist with interests in analysis and interpretation of 19th- and 20th-century music, music perception and cognition, music aesthetics and semiotics, and the history of music theory. He holds degrees from the University of Pennsylvania (Ph.D. in Music History and Theory), the University of Washington (M.A. in Systematic Musicology and Music Theory), and Seoul National University (B.M. in Music Theory and Composition).

He has published, among others, “Lack of Musicality? Explaining Anomalies in Some Senior Korean Christians’ Hymn Singing” (2016), “The Takadimi System Reconsidered: Its Psychological Foundations and Some Proposals for Improvement” (2015), “Moment and Allegory: Hearing Richard Strauss’s Tod und Verklärung, Op. 24” (2014), “Music, Power, Money: Reading Jacques Attali’s Noise: The Political Economy of Music” (2013; in Korean), “Ton vs. Dichtung: Two Aesthetic Theories of the Symphonic Poem and Their Sources” (2007), and “Moments musicaux: Exact Imagination, or Hearing the Adornian Augenblick” (2006; in Korean), as well as a Korean translation of Donald J. Grout, Claude V. Palisca, and J. Peter Burkholder’s A History of Western Music, 7th edition (2009).

Current projects include a monograph on music and addiction (“Are You a Musicoholic? Music, Addiction, and the Mesolimbic Dopamine Pathway”), a paper addressing Schoenberg’s unique technique of unifying the formal and the informal in his free atonal songs (“A Clockwork Orange: Analyzing Schoenberg’s Op. 15, No. 15”), a study of the convergence of music and language in Strauss’s early tone poems (“Richard Strauss’s Early Tone Poems and Imperatives of Musical Logic”), and a book that employs psychology, cognitive science, and neuroscience to understand a variety of musical practices (Music in the Interdisciplinary Mind: Essays in an Applied Cognitive Musicology).

He has read papers at regional, national, and international conferences and has been invited to present research at various venues in the United States, South Korea, and Singapore. At Grinnell, he teaches courses in music theory (e.g., “Music Theory I: Diatonic Harmony and Small Forms,” “Music Theory II: Chromatic Harmony and Large Forms,” and “Tonal Counterpoint”) and other interdisciplinary topics (“Music, Mind, and Brain,” “Music and Language,” “Music, Sexuality, and Other ‘Dangerous’ Things,” and “Music in Interdisciplinary Conversations”). He previously taught at Youngstown State University (2007-2009) and at the University of Pennsylvania (2004-2007).