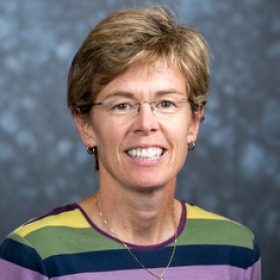 A 1989 graduate of the University of Nebraska, Hurley had a successful career as a Cornhusker swimmer. Competing in breaststroke and individual medley events, she was a three-time Big Eight Conference Champion and a four-time NCAA-All American.

From 1993-95, she was the men's and women's swim coach and aquatics director at Illinois Wesleyan University, a Division III school in Bloomington, Ill. In the spring of 1995, she was honored as the Illinois men's swimming coach of the year in the college division.