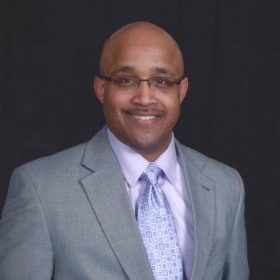 Director of the Young, Gifted, and Black Gospel Choir

Barry Jones has been the full-time director for the Young, Gifted, and Black (YGB) Gospel Choir since the fall of 2006.  He served the roles of guest director and interim director during the three years prior to his full-time appointment.  Barry is also known in the Des Moines, Iowa, community and surrounding cities as a versatile musician and director.   Early in his musical career, Barry recognized that God provided him with a special gift to play the piano and teach others how to play.  Barry entered the gospel music industry at the age of ten under his mother’s guidance and direction.  Now, after many years of practice and perseverance, Barry is one of the more recognized gospel musicians in Iowa, as well as in the Des Moines area.

Barry is the Minister of Music at Corinthian Baptist Church, Des Moines, Iowa.  He currently serves under the auspices of Rev. Jonathan B. Whitfield.  In his role as Minister of Music, Barry manages the musical organization of the church.

In 2004, God granted Barry with a vision to develop a community choir called the Restoration and Prayze Gospel Choir.  This choir is known throughout the State of Iowa and has developed a large community following.  Restoration and Prayze has performed for several different local and statewide churches, community events, corporate events, women’s conferences, benefit galas, and special promotional programs such as “The Lion King.”  Barry is known for his unique style, professionalism, and ability to teach.  He has conducted several workshops, served as a musician for well-known and established community events, and assisted other churches with their music ministry programs.

Prior to his position at Corinthian, Barry served as the Minister of Music at Shiloh Missionary Baptist Church, Des Moines, Iowa, for six years.  He also serves as the Assistant Chapter Representative (Iowa Chapter) for the Gospel Music Workshop of America.

In 2011, Barry began teaching workshops during the Iowa State Baptist Bible Institute. In 2012, he was appointed State Music Director for the Iowa Baptist Convention.