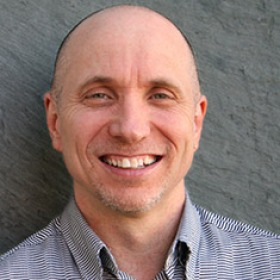 Professor Savarese has been on the faculty at Grinnell for 20 years. He is the author of three books: Reasonable People (memoir); See It Feelingly: Classic Novels, Autistic Readers, and the Schooling of a No-Good English Professor (ethnographical literary criticism); and Republican Fathers (poetry). He is also the co-editor of three collections: Papa PhD: Essays on Fatherhood by Men in the Academy; "Autism and the Concept of Neurodiversity,” a special issue of Disability Studies Quarterly; and "The Lyric Body,” a special issue of Seneca Review. A fourth co-edited collection, “The Futures of Neurodiversity,” is under contract with the Modern Language Association.

Newsweek called Reasonable People “a real life love story and an urgent manifesto for the rights of people with neurological disabilities." Booklist wrote, “Savarese’s careful melding of memoir and passionate advocacy for the disabled informs and inspires.” GQ quipped, “That it manages to avoid both polemic and cliché is reason enough to applaud.” Publishers Weekly concluded, “Savarese writes with passion and humor, careful to include extensive excerpts from DJ’s typing, so readers get a sense of his remarkable growth.” Body & Soul described Reasonable People like this: “A moving memoir, it calls for ‘living with conviction in a cynical time.’” The reviewer for Adoptive Families opined, “It’s an intellectually (morally, ideologically) challenging read. But to say it’s ‘worth the challenge’ would imply that I had to slog through it. That’s not true—I could hardly put it down.”

In Public Books, Michael Berube said of See It Feelingly, "To imagine an autistic rhetoric or an autistic literature is to struggle, audaciously, against a legacy of neurotypical people failing to imagine autism as anything other than lack. That struggle is joined . . . by Ralph [James] Savarese, whose [book] gives us five extraordinary examples of autistic readers’ responses to literature. It’s like Norman Holland’s classic work of reader-response criticism, 5 Readers Reading . . .  except with autism." Kirkus Reviews described See It Feelingly as “impassioned and persuasive. . .a fresh and absorbing examination of autism.” D. Pellegrino of Choice labeled the book “a work of art. . . . Savarese not only exhibits an understanding of the beauty of teaching but also of the language of the autistic mind. . . Highly Recommended.” In American Literature, Deborah Jenson wrote, “Savarese incorporates storytelling, memoir, and poetry into See It Feelingly, which you will read feelingly, from the opening line." Maxfield Sparrow of The Thinking Person’s Guide to Autism gushed, “Savarese has produced a masterpiece, simultaneously dense and accessible. He moves freely—alternating among lyrical, narrative, and instructive—never losing the flow, never dipping into pedantry, never soaring too far toward the abstract for the reader to follow. Not only is this collection brimming with the most important information and ideas about autism, it is a collaboration of rare beauty.” And Dawn Coleman wrote in Leviathan, “See It Feelingly is that rare book in English studies that succeeds as creative nonfiction: a memoir of teaching non-traditional learners that makes a provocative claim for the primacy of the senses in reading literature."

About Republican Fathers, Marvin Bell writes on the back cover (the book comes out in November), “Savage and satirical, personal with a witty vengeance, sly with a dagger, facing the absurd and the tragic, and all of it written from inside the body politic, here is a mesmerizing voice of prodigious energy and nonstop invention. Chock-full of the names and events of our Age, starting from the Nixon era when the writer as a youth lived near the fabulously rich and connected of the Administration, Savarese holds the end of a bandage and slowly pulls it off. And it is timely, too, oh my.”

Savarese is the recipient of a number of awards: the Irene Glascock National Undergraduate Poetry Competition (the judges were Seamus Heaney and Grinnell alum Amy Clampitt); the Hennig Cohen Prize from the Herman Melville Society for an “outstanding contribution to Melville scholarship”; an Independent Publisher’s Gold Medal for Reasonable People in the category of health/medicine/nutrition; a Mellon Foundation “Humanities Writ Large” fellowship, which supported a year-long residency at Duke University’s Institute for Brain Sciences; two “notable essay” distinctions in the Best American Essay series; two Pushcart Prize nominations; and a National Endowment for the Humanities summer stipend.

He can be seen in three documentaries about autism: Loving Lampposts, Living Autistic; Finding Amanda; and Deej. The third, which appeared on PBS, is about his son’s inclusion journey. It follows DJ from eighth grade through his first year at Oberlin College, where he was the institution’s first nonspeaking student with autism. The film’s many awards include “Best of Festival” at Superfest, the international disability film festival, and a Peabody Award.