An Abundance of Katherines 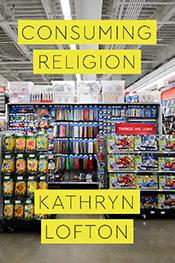 On this episode of All Things Grinnell, we talk with two of the speakers from this fall’s Scholars’ Convocation Series. First, we talk with Kathryn Lofton, professor of religious studies at Yale University, about pop culture and what religious studies can tell us about the music, TV, and products we consume. Lofton's latest book, Consuming Religion, discusses what we can learn from the decisions we make about consumption, and how our seemingly secular society still contains pervasive elements of religiosity. Our conversation focused on the concept of the secular and how religion informs our understanding of pop culture consumption. Lofton makes her case for why religious studies provide an insightful lens for analyzing the likes of Kim Kardashian, Kanye West, and Bob Dylan. 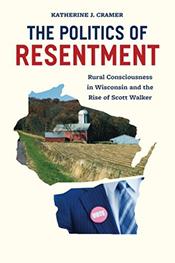 Then, we talk with Kathy Cramer, professor of political science at the University of Wisconsin-Madison, about the politics of resentment among rural voters in Wisconsin. She spent 10 years researching her book, The Politics of Resentment, interviewing people in rural Wisconsin. Her findings coincided with the election of Donald Trump, and she has subsequently been called upon often to explain the political atmosphere in the rural United States. With so much of the media centered in large cities and on the coasts, many rural citizens feel neglected and ignored, and Cramer's interviews reveal the extent of their discontent. She is working on a new project, a collaboration with MIT, called the Local Voices Network, which seeks to facilitate meaningful, civil dialogue between citizens about important local issues. The goal of the project is to bridge the very divides that Cramer discovered through her travels around Wisconsin.