Around the Country in 79 Days

On this inaugural episode of All Things Grinnell, we talk with Will Freeman, Grinnell Track and Field Coach and professor of physical education, about his summer road trip across all 48 contiguous states at the helm of a Morgan Three-Wheeler. We discuss the phenomenon of the road trip, the people and places that inspired Freeman, and the importance of the journey rather than the destination.

Freeman recorded his travels on a blog, created and maintained by Grinnell students from the course he co-taught with Kesho Scott, associate professor of sociology, titled The Power of the American Journey. In the tradition of John Steinbeck’s Travels with Charley, Jack Keroauc’s On the Road, and William Least Heat-Moon’s Blue Highways, the road trip took Freeman across over 18,000 miles of the country, passing through all 48 contiguous states in just under 80 days.

The three-wheeler, which Freeman dubbed "The Spirit of Grinnell," was built by hand at the Morgan Motor Co. in Malvern, England, and is one of only two such vehicles in Iowa. It caught the eye of many passersby, leading to discussions and insights which will form the basis of Freeman's next book. The methodology of the road trip was also unusual, as Freeman stuck mostly to two-lane highways, avoiding chain hotels and food and emphasizing historic places, unique places, landmarks, and national parks.

This road trip was not the first for Freeman. He previously published a book, The Quest, which details the cross-country motorcycle he took with his twelve-year-old son and the spiritual journey that ensued.

We also talk with Mithila Iyer ’19, who explored minority theatre productions across the country over the past year through the Fischlowitz Travel Fellowship. A French and economics double major, Iyer views freedom of expression and representation in theatre as natural extensions of human rights. Her seemingly disparate interests in theatre and human rights coalesced in the fellowship, which took her across the U.S., interacting with cast, directors, and fans of the various theatre productions. Check out the full story of Mithila's travels for more details on her travels.

Music from today's show comes from Brett Newski, whose new album, Life Upside Down, is available now. The song featured in the episode is "Ride".

For more music about the open road, check out this Spotify playlist, curated by host Ben Binversie.

Photos of Will Freeman and "The Spirit of Grinnell" 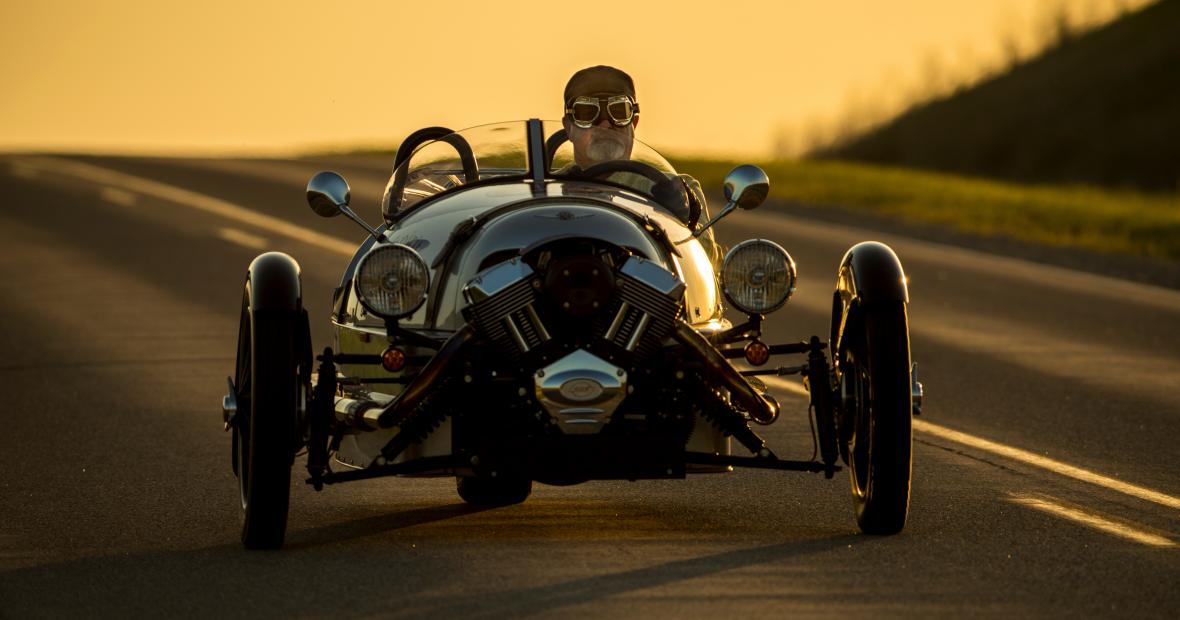 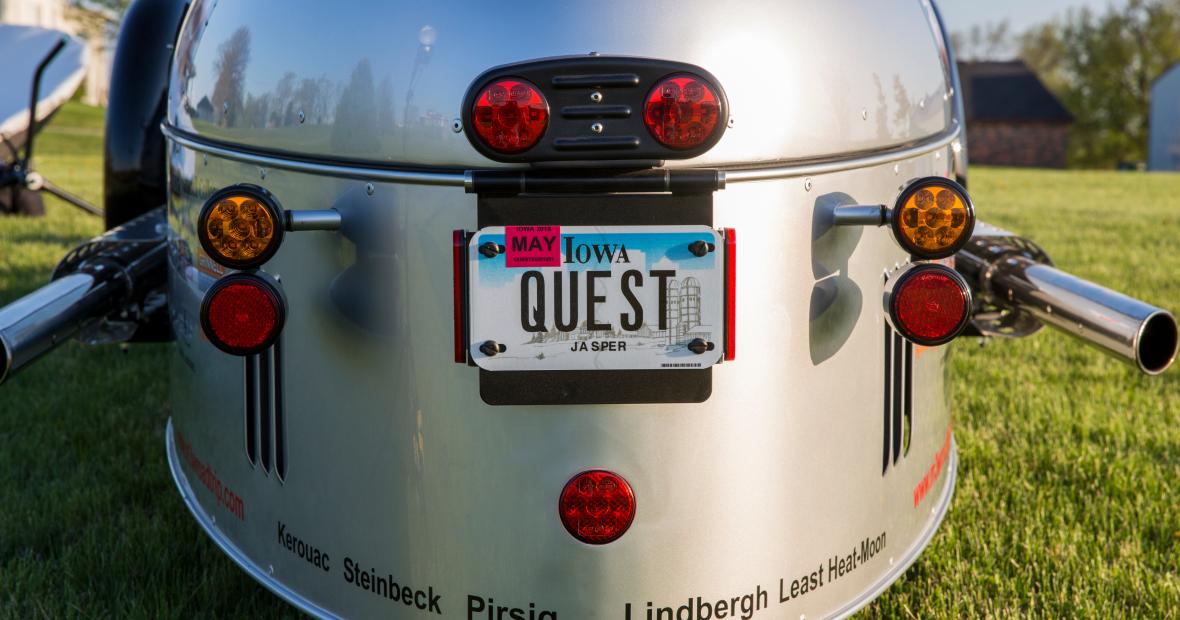 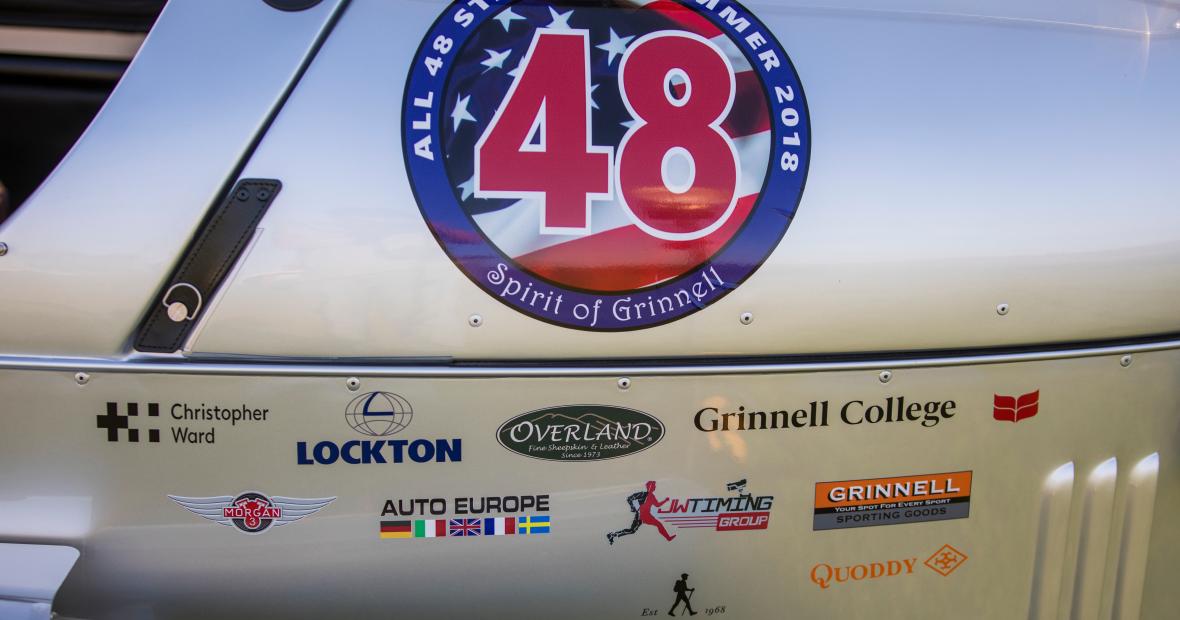 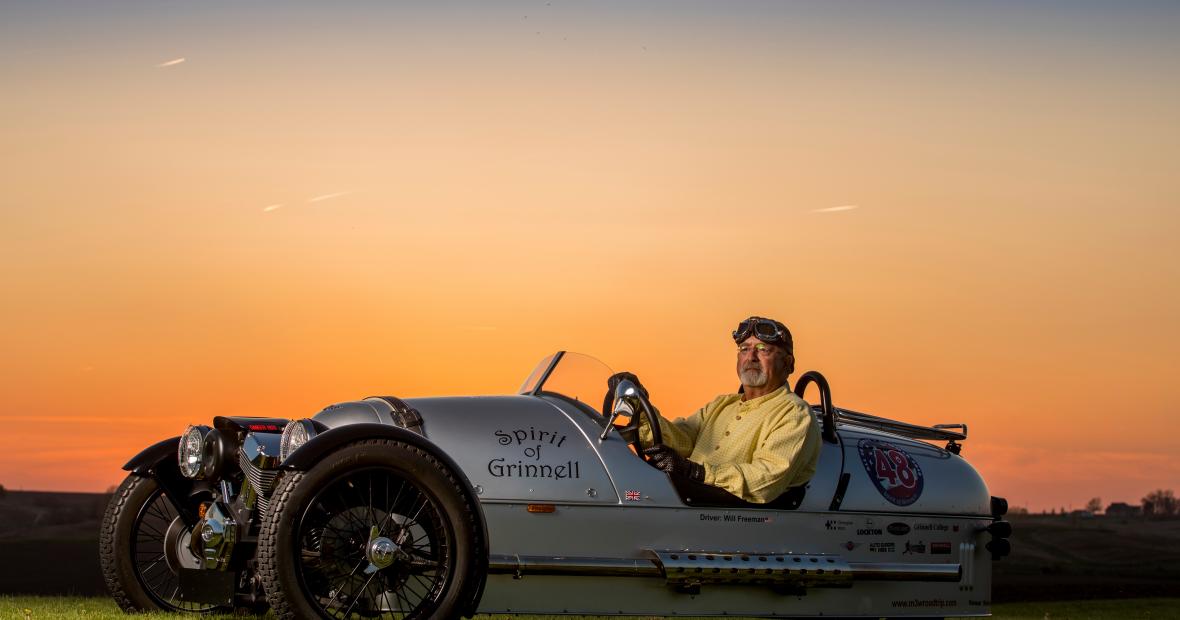