During the 2022 Commencement ceremony, Grinnell College will award honorary degrees to the following individuals who have made major contributions to the fields of law, science, humanities, and social studies. 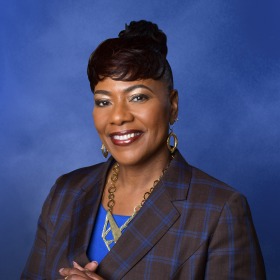 This year’s Commencement speaker, Dr. Bernice King, has been the CEO of The King Center since 2012. This nonprofit organization — founded by her mother, Coretta Scott King, in 1968 — is dedicated to nonviolent social change. In 2013, King spearheaded the “Let Freedom Ring and Call to Action Event” to commemorate the 50th anniversary of the March on Washington and Dr. King’s “I Have a Dream” speech. Three U.S. presidents and an array of other national and international leaders attended the event. King has received numerous honors for her efforts, including Ebony magazine’s “Ten for Tomorrow” and the Commitment to Community Award from the Georgia Alliance of African American Attorneys. For her steadfast efforts to continue her parents’ legacy of nonviolent social change, Grinnell College is pleased to recognize Bernice A. King with an honorary doctor of laws degree. 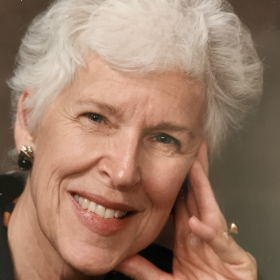 Katherine Stephan Villers ’61 has fought to make high-quality health care available and affordable for all. In 1981, she and her husband, Philippe, launched a private foundation designed to improve health security for lower-income older Americans, which they then evolved into a national health advocacy organization, Families USA. In 1998, Villers launched Community Catalyst to develop the Massachusetts model of consumer-led health advocacy for policy reforms in all 50 states. While much of Villers’ work has been aimed at state- and local-level movement-building for system change, her work has also been credited with creating the advocacy momentum that ultimately led to the Affordable Care Act. Indeed, Senator Elizabeth Warren has called Villers a pioneer and leader in the field of health care reform advocacy. For her tireless work to ensure that all Americans have quality, affordable health care, Grinnell is pleased to recognize Katherine Stephan Villers with an honorary doctor of humane letters degree. 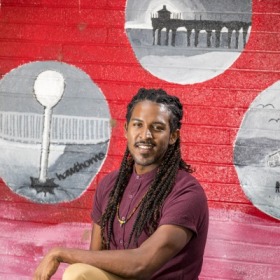 Through Erin Whalen’s ’12 work as an educator and now executive director and principal of Da Vinci RISE High School, he is helping bring a wide range of opportunities to students who are often overlooked within traditional schooling options. In 2016, Whalen and Kari Croft, former principal at RISE High, applied for and won a highly competitive $10 million grant from XQ: The Super School Project, funded by Laurene Powell Jobs and Russlynn Ali. The pair aimed to create a school that could offer essential but often overlooked resources to this student population, such as one-to-one case management, job opportunities, flexible scheduling, and a curriculum that addresses both immediate and future needs, such as financial literacy. The school they envisioned, Da Vinci RISE High School, opened its doors to 30 students in 2017, and Whalen served as its first assistant principal. In 2021, Whalen became the school’s principal and executive director. The school now serves nearly 250 students in three locations. For dreaming of a world in which even the most vulnerable students get the education they need to thrive — and for turning those dreams into reality — Grinnell College is proud to honor Erin Whalen with an honorary doctor of social studies degree. 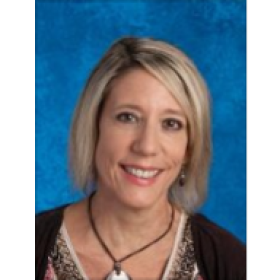 Before she began her career as a teacher, Olivia Kuper was a microbiologist. It’s no surprise that the former scientist infuses her classes with creative, hands-on experiments. What makes Kuper truly stand out as a teacher is not just her enthusiasm for her subject, but also her deep empathy for her students. Working in a school district where a significant percentage of the students received free or reduced lunch, Kuper made sure that students and their families never had to purchase their own materials. True to the spirit of a liberal arts education, Kuper has never stopped learning. In 2017, she was accepted into the prestigious NASA/IPAC Teacher Archive Research Program (NITARP), in which small groups of high school educators pair up with research astronomers to conduct a year-long research project. The teachers then carry the lessons of this work back to the classroom. Kuper now teaches at North Greene High School in Tennessee. She has maintained her work with NITARP and now serves as a mentor teacher for the program. For the passion she brings to both science education and to creating larger possibilities for her students, Grinnell College is pleased to recognize Olivia Kuper with an honorary doctor of science degree.

Grinnell honors three faculty members retiring in 2022 for their years of service and bestows on them the title of emeritus faculty.

Dennis Hughes, associate professor of classics, spent 35 years at Grinnell shepherding numerous students from First-Year Tutorial to Senior Seminar to careers in classics and related fields. He taught one of Grinnell’s most iconic classes, Humanities 101, as well as courses on Greek lyric poetry, Roman lyric poetry, Homer, and Roman elegy. He also frequently taught First-Year Tutorials on topics including women in Greek tragedy and Greek religion.

Martin Minelli, professor of chemistry, taught Grinnell courses on general chemistry, inorganic chemistry, and analytical chemistry. His laboratory research focused on the synthesis and characterization of molybdenum, a transition metal that can be found both in industry and in biological systems. Using techniques such as Schlenk Line synthesis and electrochemistry, he sought to further understand the role of these compounds in catalytic and biological processes. In addition to his teaching and research, Minelli took on additional responsibilities at Grinnell, including serving seven years as chair of the chemistry department.

David Zeiss, director of GORP, the Grinnell Outdoor Recreation Program, arrived at Grinnell College in 1987, when GORP served about 20 students. Over the years, Zeiss grew the program to support up to 200 students annually through programming that included backpacking and canoe expeditions, rock-climbing experiences, and courses such as first aid and kayaking. In addition to his GORP responsibilities, Zeiss filled a range of roles throughout his career at Grinnell, including managing the intramural program and serving for three years as an assistant swimming coach. He taught courses on outdoor leadership, sailing, canoeing, and climbing. Zeiss also helped expand GORP’s equipment offerings and space so that all members of the College community had access to outdoor recreation equipment ranging from tents to cross country skis.

Grinnell College will host an in-person, outdoor Commencement ceremony at 10 a.m. on May 23, 2022, on Central Campus. The ceremony will be available via livestream for all to join in the celebration of our graduates’ accomplishments.