EQUAL JUSTICE UNDER LAW is the motto of the Supreme Court of the United States, but more than 60% of Americans today believe the decisions of the court are based more on the political leanings of justices than the Constitution and the law, according to the newest edition of the Grinnell College National Poll (Grinnell-Selzer). The findings of the poll taken Oct. 13-17, 2021, by Selzer & Company, on behalf of Grinnell College, were released on Wednesday, Oct. 20, 2021. 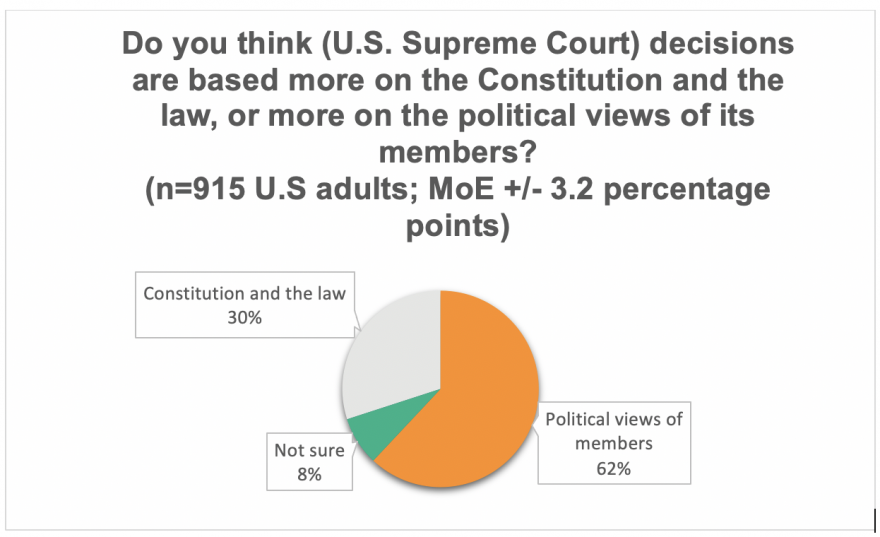 Those feelings were shared across the political spectrum – 60% of Republicans, 66% of Democrats, and 63% of independents all saying they believe politics drives the decision making of the nation’s highest court.

“This is a nightmare scenario for Chief Justice John Roberts, who has sought to protect the court’s reputation as an apolitical institution,” said Grinnell College National Poll Director Peter Hanson. “The court faces a public convinced that its decisions are about politics rather than the constitution, just as it prepares to make important decisions on abortion, guns, and affirmative action.”

Currently, members of the Supreme Court are nominated by the President, then confirmed by the Senate to a lifetime term. Today, 62% of Americans (including majorities of Democrats, Republicans and independents) say they favor changing the system of selecting the members of the court to a one-time, 15-year term. 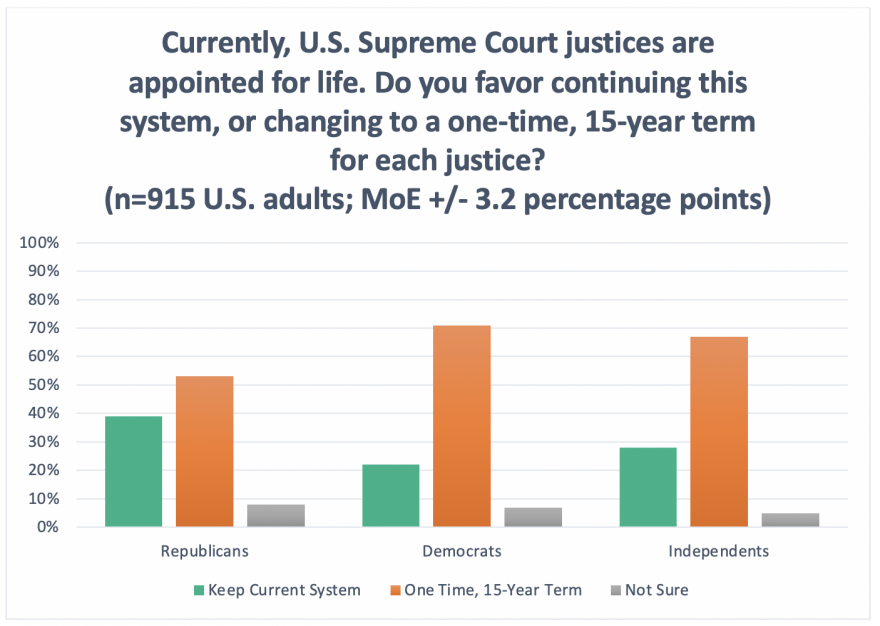 In presidential politics, Joe Biden’s approval ratings overall and in three specific areas of focus are all under 50%.

When asked whether they approve of the job President Biden is doing, only 37% approve (50% disapprove). Disapproval is highest when it comes to his handling of immigration (27% approve; 58% disapprove) and the economy (36% approve; 53% disapprove). Additionally, only 36% of Americans believe the economy will be in a stronger position 12 months from now – an 11-point drop from March 2021.

“Right now, the math is simple: a majority of Americans believe the economy will be doing worse in 12 months than it is today, and that pessimism is keeping President Biden’s approval ratings in the basement,” said Hanson.

If the 2024 presidential election were held today, the same percentage of likely voters would vote for former President Donald Trump (40%) as President Biden (40%), and 14% of voters say they would choose someone else. While Biden polls stronger among his Democratic base than Trump does among Republicans, Biden’s support among independent voters has collapsed. 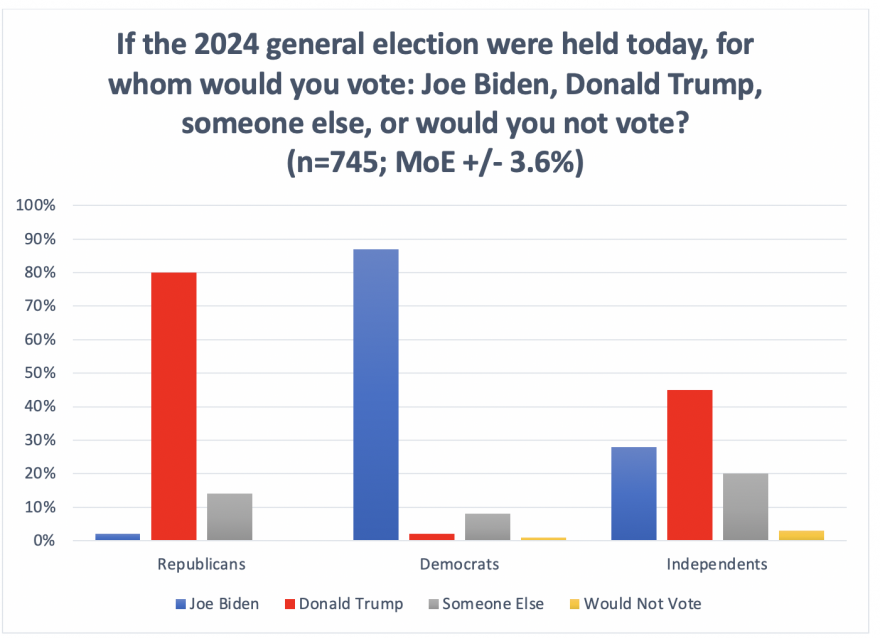 “In 2020 exit polling, President Biden won independent voters by a 54% to 41% margin,” said J. Ann Selzer of Selzer & Company. “If the election were held today, our poll shows former President Trump winning that group 45% to 28%. It is a massive shift in a demographic that helped carry Biden to victory less than two years ago.”

“The president has time to turn his political fortunes around,” said Hanson. “But if it doesn’t happen soon, Democrats are likely to face a serious reckoning in the 2022 midterm elections.”