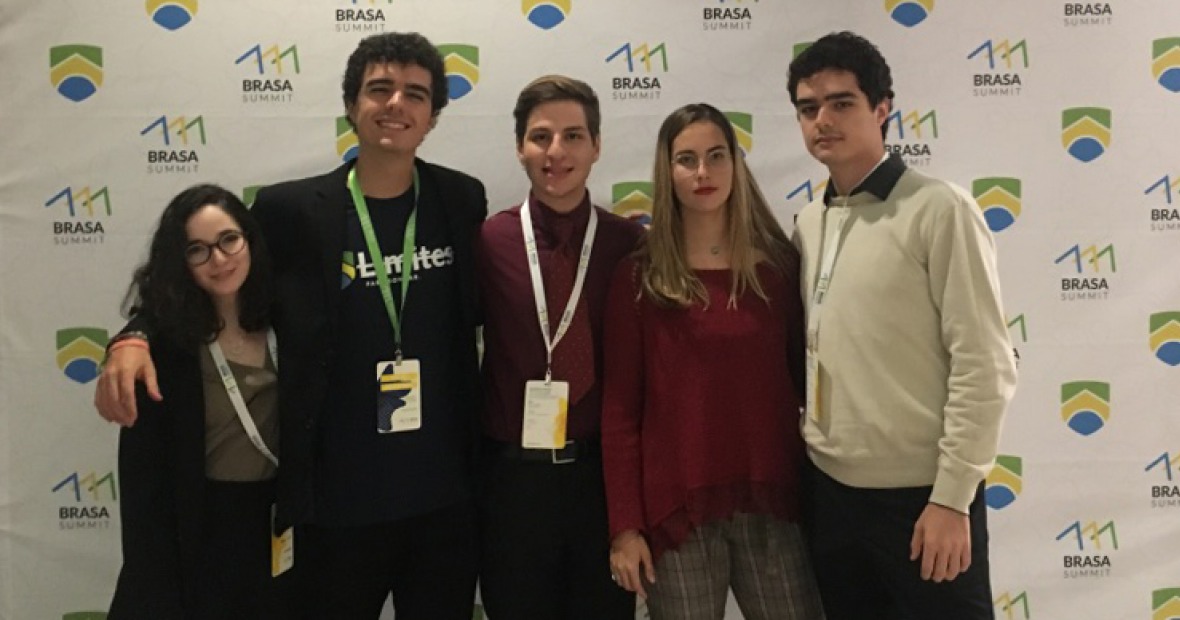 BRASA Summit is a conference that gathers Brazilian college students studying outside their country and influential leaders to discuss some of the country’s main issues and to debate solutions. This year, Wilson Center for Innovation and Leadership sponsored Caio Carnauba ’22, a computer science and math major, Cristian Douglas Garcia Sales ’22, a biochemistry major, and Clara Zioli da Igreja ’23, an intended economics major, to attend the conference in Northeastern University, held Oct. 11–12, 2019.

Takeaways from the Conference

International students represent approximately 20% of the Grinnell student body. By sharing their culture and different worldviews, they contribute to diversity on campus and broaden other students’ horizons. This sharing can be enhanced when international students from similar countries work together. Garcia Sales says that his initial motivation to attend BRASA Summit was to connect more strongly to his Brazilian roots. According to him, the conference helped to strengthen this international community by creating “a bond between the Brazilians at Grinnell”.

A core question for those students who come from afar is how to use the knowledge they are acquiring from their liberal arts education at Grinnell College to tackle issues in their communities. Zioli da Igreja says that she always intended to do that, but after the conference this sounds more feasible.

Adapting their knowledge and professional expectations to their home countries’ context is as daunting a challenge. Carnauba is particularly concerned about how to manage that. “Becoming an entrepreneur in Brazil is notoriously difficult to the point that there is a Portuguese saying — custo Brasil (Brazil cost) — referring to the added stress of doing business in the country”, he says. However, attending the conference helped him clarify his doubts about those challenges in case he decides to become a Brazilian entrepreneur.

Rather than focusing in one specific area, the conference brought together a wide range of experts with diverse experiences. This helped Zioli da Igreja realize that bringing about change is not tied exclusively to certain career paths. She notes that “by seeing how these people positively impacted the country with such diverse paths, I learned that deep and lasting change does not rely on one single area, for it is rather the result of a combined effort.” All the students agree that the conference helped them better understand their roles on taking the lead on bringing about the structural change their country needs despite their majors.

Bringing It to Grinnell College Community

After the conference, the students decided to start a Brazilian Student Association (BRASA) on campus. Garcia Sales sees the upcoming organization as a way for them to communicate their findings and ideas from the conference to the wider Grinnell community. Zioli da Igreja adds that “the creation of a BRASA on campus would deepen the Grinnellians’ understanding on the many Brazilian issues and how to address them using a liberal arts education approach. It would strengthen the Brazilian community at Grinnell and create an environment propitious to new ideas as well.” Inspired, Garcia Sales connects the formation of a Brazilian student association to something he learned in his Organic Chemistry class at Grinnell: “If you want to go fast, go alone; if you want to go far, go together.”