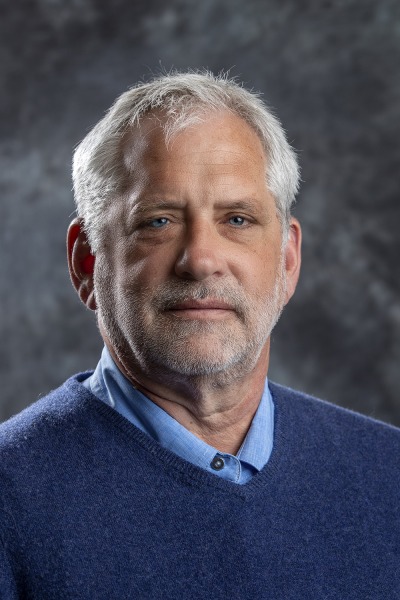 Clark Lindgren, Patricia A. Johnson Professor of Neuroscience at Grinnell College, has received the 2022 Education in Neuroscience award from the Society for Neuroscience (SfN). The award recognizes individuals who have made outstanding contributions to neuroscience education and training. Lindgren has changed the direction of numerous students’ lives by helping them see that they can become scientists. He is adamant about making authentic, interdisciplinary training in science accessible to all students.

Lindgren was an early faculty director of the Grinnell Science Project, a week-long pre-orientation program that has tripled the number of students of color majoring in science and doubled the number of women. President Obama awarded the project the Presidential Award for Excellence in Science, Math, and Engineering Mentoring in 2011. Lindgren also led the development of the Upside-Down Curriculum, which replaced traditional introductory biology courses with full hands-on immersion in the research process.

Working with colleagues, he helped create an interdisciplinary neuroscience concentration at Grinnell, now the most popular concentration on campus. He has also been involved in Grinnell’s Liberal Arts in Prison Program, where he teaches inmates at the Newton Correctional Facility.

Lindgren was also named Iowa Professor of the Year in 2015. He encourages his students to ask questions and engage deeply with the material, while helping them discover their passion for science — guiding them to learn the skills they need to succeed.

Founded in 1969, the Society for Neuroscience (SfN) now has more than 36,000 members in more than 95 countries. Year-round programming includes the publishing of two highly regarded scientific journals, JNeurosci and eNeuro; professional development resources and career training through Neuronline¸ the society’s home for learning and discussion; science advocacy and public policy engagement, including annual Capitol Hill Day; and a variety of engaging public outreach efforts, led by the expanding and interactive collection of public-facing resources on BrainFacts.org.

SfN exists to advance scientific exchange, support the neuroscience community, educate and engage the public, and advocate for the field.