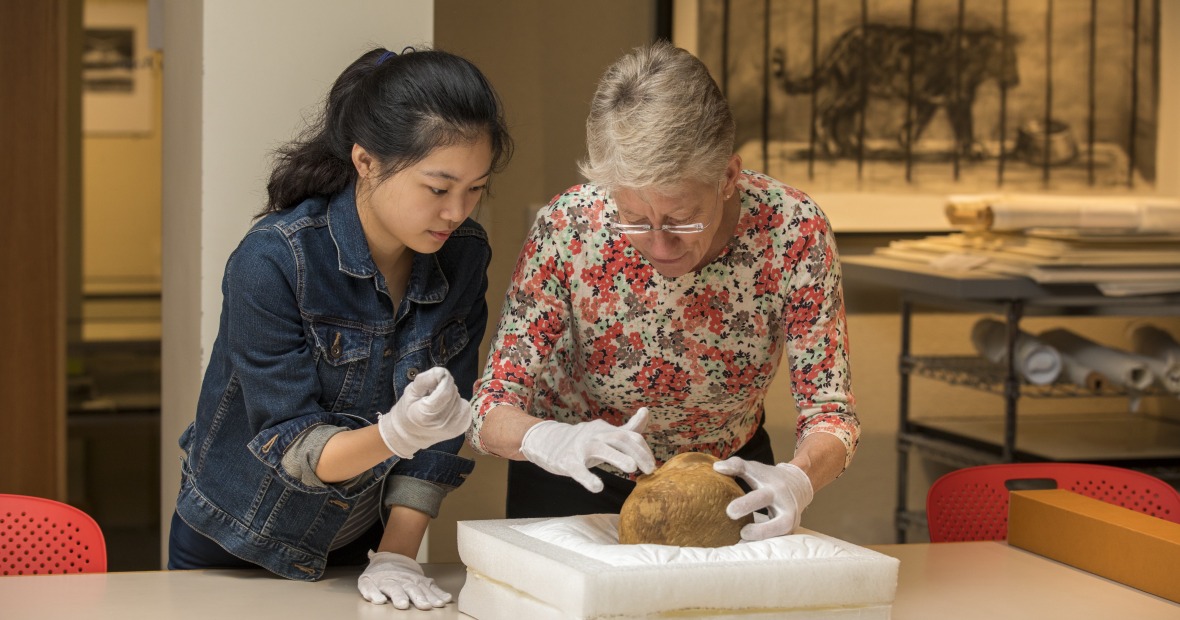 Monessa Cummins, associate professor and chair of classics at Grinnell College, is the recipient of the Society for Classical Studies (SCS) Award for Excellence in Collegiate Teaching. She accepted the award at the annual meeting of the society this winter in San Diego.

Cummins was selected on the basis of her achievements in the teaching of classics at the undergraduate level and in the design and successful implementation of new courses and programs.

This isn’t the first time Cummins has received national attention for her teaching. In 2014 Business Insider reported she ranked third among the “25 Best College Professors in America,” based on student reviews at RateMyProfessors.com.

In announcing her recent award, SCS President Mary Boatwright noted Cummins has taught almost every course offered by her department in her nearly 35 years at Grinnell. These courses range from “her original expertise in Greek poetry to Greek and Roman history and archaeology and art, and Latin and Greek, to study abroad in Greece.” In addition, Cummins led the Department of Classics in creating a civilization-based track and multidisciplinary courses with subject matter that varies from the Trojan War to debates about cultural patrimony.

Cummins credits the award to Grinnell’s deep institutional commitment to teaching, as well as the many personal and professional connections she has made throughout her career.

“I am honored to receive this award and I am indebted to many people for it,” Cummins says:

“My husband, Joseph, with whom I’ve talked endlessly about pedagogy over the years; senior colleagues in classics who fostered my teaching in the early days; current colleagues in classics, with whom I worked to develop new interdisciplinary offerings that the award’s selection committee cited as a curricular strength; my academic support assistants and the staff in Information Technology Services who have bailed me out of tight situations and headed off technological failures time and again; and donors to the department and to the college who have made interdisciplinary teaching and course-embedded travel a reality for students in classics and other majors.”

In addition to a certificate, Cummins was awarded a $500 cash prize and Grinnell College received $200 to purchase educational resources selected by Cummins.

Cummins received her Ph.D. in classics from the University of Cincinnati. Her research focuses on Greek epinician poetry, a type of lyric poetry composed in praise of victors at ancient athletic games. In particular she studies this poetry within its historical and archaeological context.