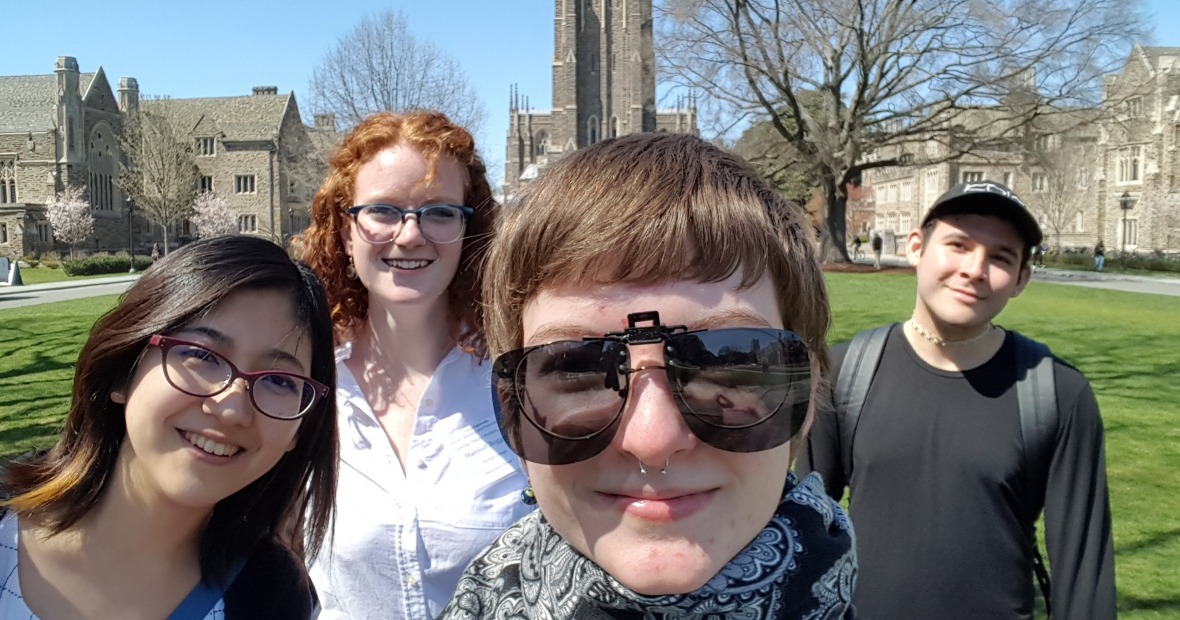 Since 2007, Duke University’s Trinity College of Arts and Sciences in Durham, North Carolina, has hosted an annual 2-day long workshop on feminist theory. Each year, attendees from around the world come to hear keynote lectures and participate in small working seminars given by some of the most prominent voices in feminist theory. The pedagogically-oriented workshop seeks to foster interdisciplinary exchange and exploration between feminist academics and students. Since its inception, the Duke Feminist Theory Workshop has become the premier annual conference on feminist theory in the U.S. Recently, with funding from the Wilson Center, a small group of Grinnell students was able to attend the conference.

Of the Grinnellians in attendance some remembered Professor Anne Allison’s presentation on her efforts toward using feminist and queer theory to understand Japan’s aging society as being of revelatory significance to their understanding of feminist theory. Others recalled Denise Ferreira Da Silva’s presentation on the economic, historical, and ideological motivations of violence against women and people of color as the most interesting part of the workshop. And still others took note primarily of Jennifer Nash’s presentation about the discourse surrounding intersectionality, its actual and its possible effects on the practical work of feminism.

Whatever it was that most spoke to each attendee, none left the workshop without feeling as though their horizons had been expanded and their learning enriched. Ric Tennenbaum ’18 wrote that “I found the workshop, for so many reasons, an instrumental moment of reconsidering my politics, my academia, and how I hold difficult political and theoretical conversations with my peers.” Hannah Boggess ’18 expressed similarly “besides the invaluable experience of hearing these talks and engaging with other scholars on the material, we were also able to have conversations with the other attendees — all of whom were notable academics in the field of Gender, Women’s, and Sexuality Studies.” Students were also able to meet informally with the colleagues of Grinnell Professor Leah Allen, who received her doctorate at Duke; further affording them an insider’s perspective on the work of academic feminism.

Insights the participants gained from the workshop returned to campus with them through inspired projects for diversity outreach at the SGA, a talkback held during a GWSS coffee hour hosted by the SEPC, a series of events hosted with the Stonewall Resource Center about effecting change as a student at Grinnell, and a possible ExCo course based on the workshop.