Food as a Prism 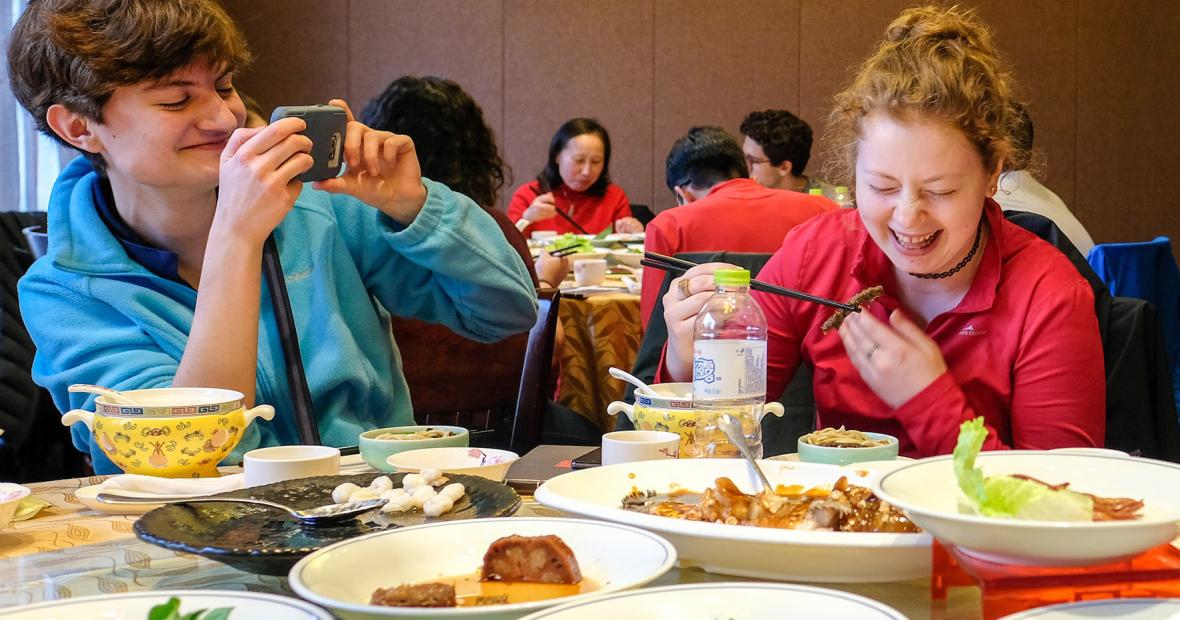 “Food is a prism that can absorb and refract a host of cultural phenomena,” says Jin Feng, professor and chair of the Chinese and Japanese Department at Grinnell. For the past 5 years, Feng has been pursuing food as a research topic, but she’s been exploring and teaching it for the better part of the past 20 years. Her first food-based class was a 2002 tutorial, We Are What We Eat.

“I chose food as the topic mainly because I thought it was an accessible and relatable topic for students, so they could learn basic academic skills necessary for success at Grinnell while also having some fun,” Feng says.

From that very first course, Feng has sought out opportunities to capitalize on the interdisciplinary potential of food’s intersection with culture. Over one summer, for example, she worked with Jon Andelson ’70, professor of anthropology, to focus on methodologies of food studies. 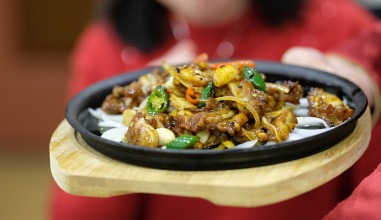 This type of interdisciplinary collaboration became the core of Feng’s next food course, Chinese Food for Thought, which she has so far taught in 2007, 2011, and 2013.

“Students had to work with two classmates from different disciplines for their final projects, which ranged from a regular research paper to media products such as videos, websites, and blogs,” Feng says. “The food course has proven a success with both [Chinese] majors and non-majors.”

Anthropology and Chinese double major Lane Atmore ’16 enrolled in Chinese Food for Thought in 2013. “I had to take history and culture courses relating to China, [and] I picked [this course] as one because I am genuinely fascinated by Chinese history and I knew the food culture was intricate in China,” she says. “I particularly drew from the course the difficulty of feeding the Chinese population in a country with so little arable land and the enormous impact that simple fact has had on all of Chinese history.”

Feng relied heavily on the groundwork from her tutorial and Chinese Food for Thought as well as her collaboration with other faculty members in developing the Chinese portion of Food, Culture, and Identity in China and Russia, a Global Learning Program tutorial that she co-taught in 2017 with Todd Armstrong, professor of Russian.

“In this course, the focus was to introduce a global outlook to a group of first-year students and to foster global connections through a comparative study of two areas of the world represented in breadth and depth in the College curriculum,” she says. To give students a literal and figurative taste of each country’s food culture, the course included two weeks of travel in China over spring break and two weeks in Russia at the end of the spring semester.

To prepare, Feng and Armstrong worked together for an entire semester. “The course content was divided equally between Chinese and Russian food cultures, and it was unusual not just because it was team-taught but also because of the challenges brought on by taking students abroad for extended periods of time,” Feng says. 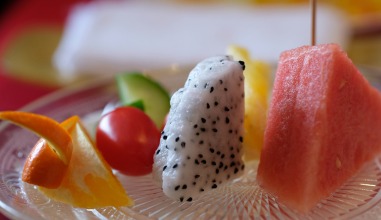 As Feng has delved seriously into her own research and gained experience with experiential learning in her courses, she’s found that her students’ comfort levels have increased as well.

“Our department faculty members are all highly interested in innovative pedagogies and [are] adventurous with interdisciplinary topics and methods in their teaching and research,” she says. “I organized a panel for Grinnell food professionals to speak and interact with my class, for example, [and students] are exposed to food studies through visits to related exhibits at Faulconer Gallery, the farmers’ market in Des Moines, the local organic Heritage Farm, the local tofu-making factory later bought out by a Korean company, [and] local restaurants. They also learn by working with other students.”

Atmore noted that Feng’s interdisciplinary style is a significant asset for her students. “Feng Laoshi [“Laoshi” means “teacher”] has always impressed me with her level of detailed research, multifaceted approaches, and enormous working knowledge of Chinese history and culture,” she says.