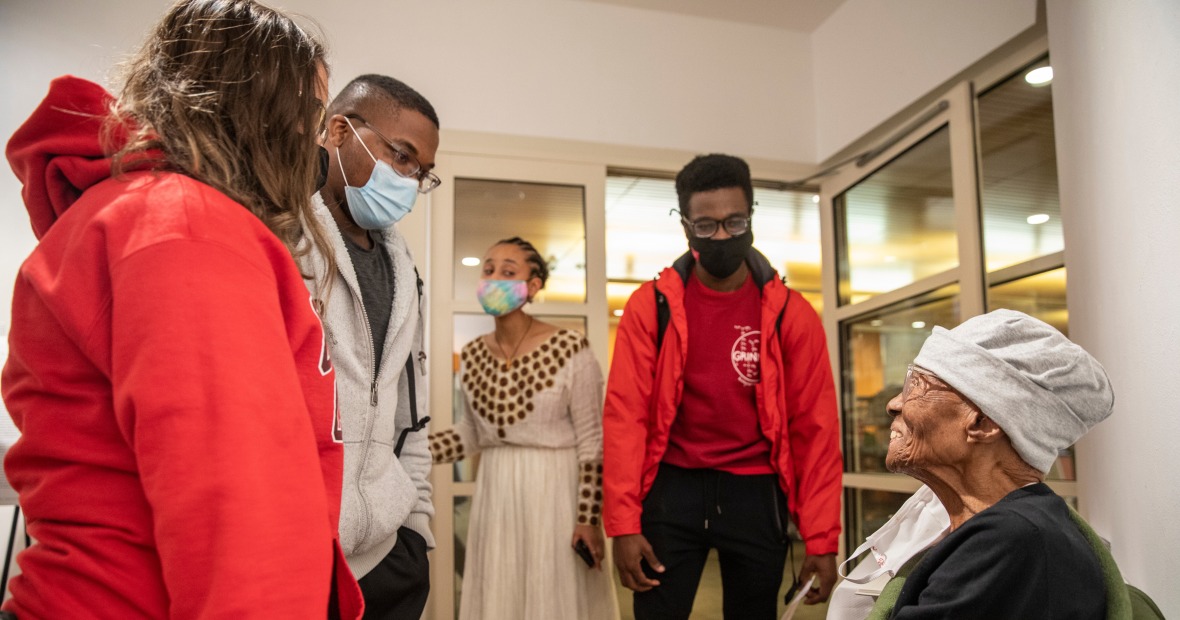 Grinnell College will honor Edith Renfrow Smith, Class of 1937, one of the College’s most accomplished and beloved alumni, by naming the Civic Engagement Quad (CEQ) Core Building in her honor; the new building will be known as Renfrow Hall.

The CEQ will welcome college and community members and invite dialogue, exchange, and collaborative brainstorming in collective spaces, while also meeting the demand for off-campus student housing in separate apartment-style residences. Through this project and the concerted and continuing efforts of students, faculty, staff and citizens, Grinnell – both the town and the college – can become a national voice for civic engagement and community collaboration in a rural setting.

President Anne F. Harris shared, “This endeavor requires determination and optimism. It requires a commitment to civic trust. It requires a bit of risk taking. As we thought about Grinnellians whose lives and accomplishments embody these values and who have served as a positive and undaunted inspiration to others – it quickly became clear that Edith Renfrow Smith was that alumna. As Renfrow Hall will reside in a space that connects the City of Grinnell and the college, it will do so carrying the name of the truest of true Grinnellians.”

Born in 1914, Edith Renfrow Smith grew up in one of the oldest Black families in the town of Grinnell. Her parents – Eva Pearl Craig and Lee Augustus Renfrow – had married and settled in Grinnell at the turn of the 20th century. The fifth of six Renfrow children, Renfrow Smith attended the local public schools, and the Renfrow family held education in the highest regard. As a result, all of Renfrow Smith’s siblings earned their bachelor’s degrees. From childhood, Renfrow Smith cherished the dream of attending Grinnell and explained, "I wasn’t going to college unless I’d go to Grinnell College. … Grinnell was really closely entwined with our lives. … That’s where I wanted to go.”

Grinnell was no haven of racial equality, and throughout her four undergraduate years, Renfrow Smith was the only Black student on campus. As she walked the mile from her home to the college, Renfrow Smith carried her mother's profound affirmation with her. Dr. Tamara Beauboeuf-Lafontant, Grinnell College's Louise R. Noun Chair in Gender, Women's, and Sexuality Studies, shared, “Mrs. Renfrow Smith's mother was a person who told her children every day — no one is better than you — that you are special, that there is something that you are meant to do in the world. To me, this is what is at the heart of Edith Renfrow Smith's success and her family's success — to have this woman who firmly believed in her children and equipped them to push back against all the negative images that they would encounter as Black children in a white community.”

Drawing on her mother's wisdom, Renfrow Smith never let anything discourage her from pursuing her goals. She worked her way through school, participated in a range of intramural sports, and majored in psychology with minors in economics and sociology. Her love for Grinnell College is unshakable, and she calls her years at Grinnell “a wonderful experience. … You see, that’s my school. … Those are my friends that helped me grow up, for those four years. … I consider [those] people … part of my family.” In June 1937, Renfrow Smith made institutional history when she became the first Black woman to graduate from Grinnell College.

After graduation, Renfrow Smith moved to Chicago. She married Henry T. Smith and raised two daughters — Edith Virginia and Alice Frances. In 1954, she began her career as a public-school elementary teacher. Upon retiring in 1976 as a master teacher, Renfrow Smith began a 40-year second career as volunteer at Goodwill and the Art Institute of Chicago, as well as a chauffeur and caregiver to other senior citizens. In recognition of her years of service to others, she was inducted into the Chicago Senior Citizens Hall of Fame in 2009.

In 2019, Grinnell College awarded Renfrow Smith an honorary doctorate to a standing ovation from the graduates and all assembled. In her response, she said, “Grinnell has been my life.” At 108, she is the college’s oldest alumnus.

“Throughout Mrs. Renfrow Smith’s extraordinary life, she has put the lessons she learned growing up in Grinnell and the education that she received at Grinnell College to work for the common good. We have much to learn from her steadfastness and perseverance, her excellence, and her belief that we can do better. May this dedication in every sense of the word enduringly honor all that she has taught so many over generations. It is deeply meaningful and fitting that this building focused on students, their residential and learning experiences, and situated at the intersection of the town and the college, will bear her name,” added Harris.

On December 2, 2022, Renfrow Smith, high school class of 1932, was inducted into the Grinnell High School Hall of Fame by the Grinnell-Newburg Alumni Association. 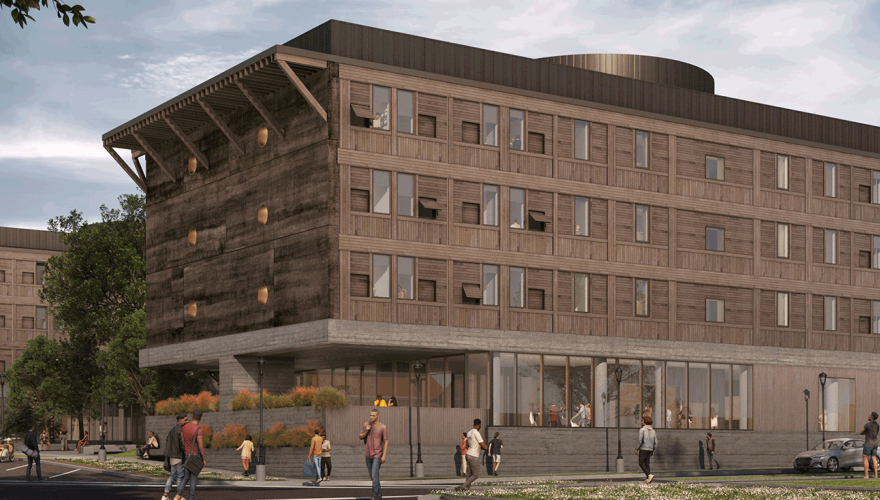