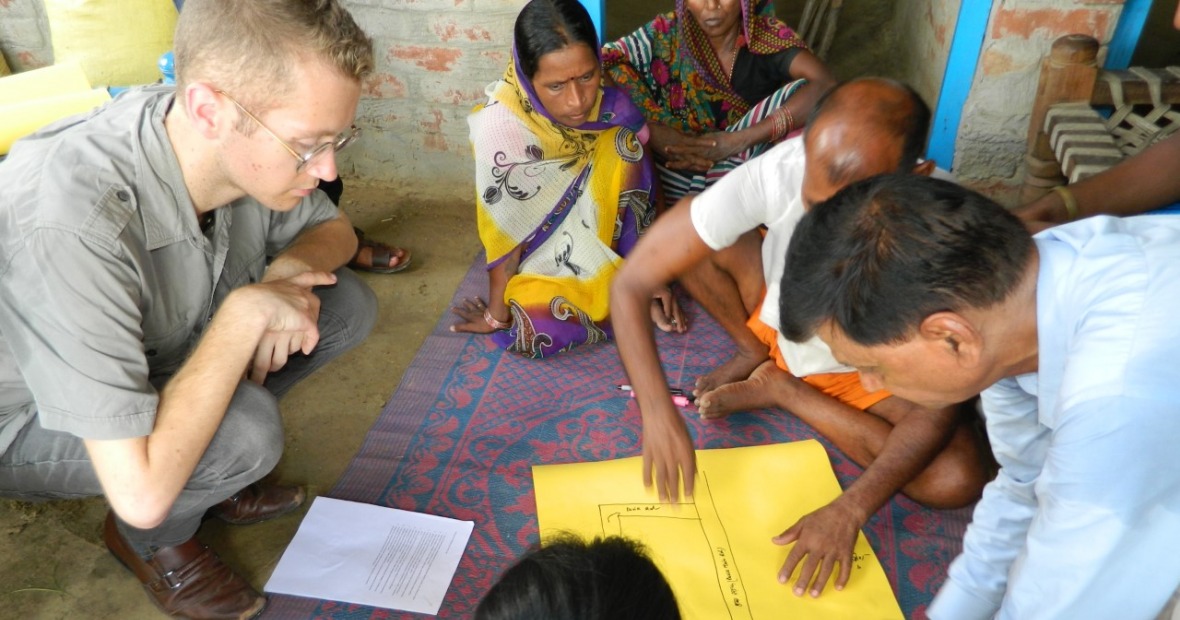 Anthony Wenndt ’15 grew up on a farm in rural Iowa. He came to Grinnell College interested in plant pathogens, which cause diseases in crops and harm farms and farmers as a result. His interest in plant pathogens only expanded through his research experiences and interdisciplinary studies at the College. Since graduating, he has directed that interest into making an impact at the intersection of plant pathogens and society.

A Foundation of Faculty Mentorship and Deep Research 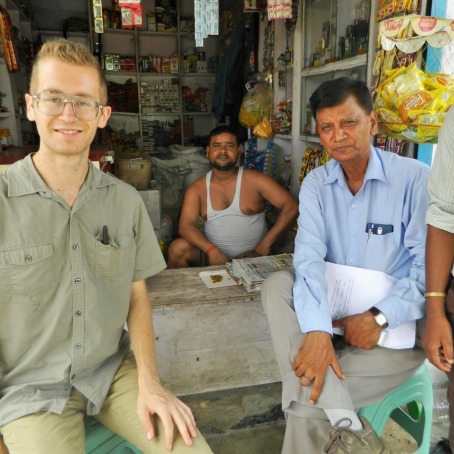 Nearly 40% of students at the College complete a Mentored Advanced Project (MAP), a research or creative project carried out in collaboration with a faculty member. During his time at the College, Wenndt completed two MAPs with Fungal Biology Professor Kathy Jacobson. In both, he learned how to carry out scientific research in complex environments, which he says was important for him to learn early on. The MAP program “really gives students the chance to not only learn about but put to the test the process of doing science in a rigorous way,” he explains.

The first MAP was more exploratory. Wenndt describes it as him “learning how to play with fungi in the laboratory.” That set the foundation for his second MAP on grass-fungal symbiotic relationships in the Namib Sand Sea, which resulted in published research and important scientific advancements.

Jacobson played a big role in making these experiences what they were. Wenndt reflects on that role: “During my time on campus with her, I relied on her so much as an adviser and a guide to all things related to science, both in terms of research practice but also in terms of building a career in science that is robust.” Jacobson not only provided invaluable advice and guidance, but she modeled meaningful, valuable, and community-sensitive science. “The science that she conducts has personal meaning and value for her own life and a real sense of community investment … That spirit has really shaped the way I think about science and the way I perform science,” he says.

The Convergence of Scientific Research and Society

As a biology and Russian double major and a global development studies concentrator, Wenndt soon realized the importance of interdisciplinary thinking. He explains that science “needs to be interdisciplinary and needs to approach problems from diverse and complementary perspectives.” He says that realization, combined with his MAPs, “helped me zero in on my particular focus at the intersection of science and society.”

Wenndt has found that the two cannot be separated. He explains, “even the microbial aspects [of science] … do interact with and shape the way societies and cultures operate.” He says understanding these interactions is necessary to make meaningful impacts because “the biggest problems that our world faces will not be solved in silos.”

Wenndt uses his interdisciplinary thinking to solve some of those big problems, and he does so with a focus on local communities. When he was a doctoral student in plant pathology and plant microbiology at Cornell University and to this day, he says, “I really made it my mission as a scholar to conduct science that is scientifically rigorous, of course, but also that is directly informed by and responsive to the needs of farmers on the ground.” Doing so is necessary to make an impact. “Science cannot best serve communities without fully incorporating the community’s input in the process of scientific design and implementation,” he explains. 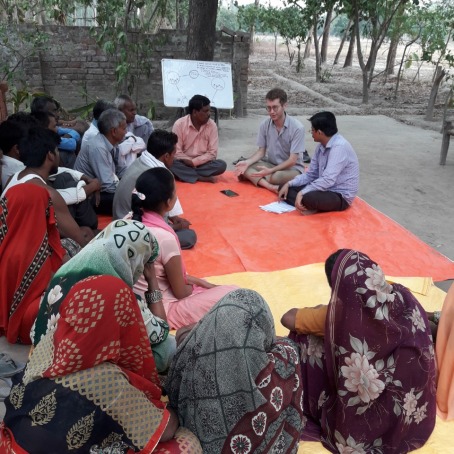 As a doctoral student, Wenndt studied fungal pathogens connected to human cultures and livelihoods. Specifically, he studied mycotoxins, which are chemical toxins released by fungi that contaminate food and, in doing so, threaten human cultures and livelihoods. He spent more than two years in India creating a model for engaging smallholder farming communities with mycotoxins and food safety.

Wenndt is now a technical specialist for food safety research at the non-profit Global Alliance for Improved Nutrition in Washington, D.C. In that role, he supports food safety research targeted at traditional markets in Sub-Saharan Africa. He says, “Mycotoxins are an incredibly prolific food safety threat” in that region, so his knowledge of them is essential to his work. His expertise in community-sensitive research methods related to food systems is even more so.

Wenndt’s work helps solve some of the big problems the world faces, and it does so on a foundation he started developing through his MAPs at the College. He reflects, “Without those MAPs, I don’t think I could’ve become the scientist that I have become.”