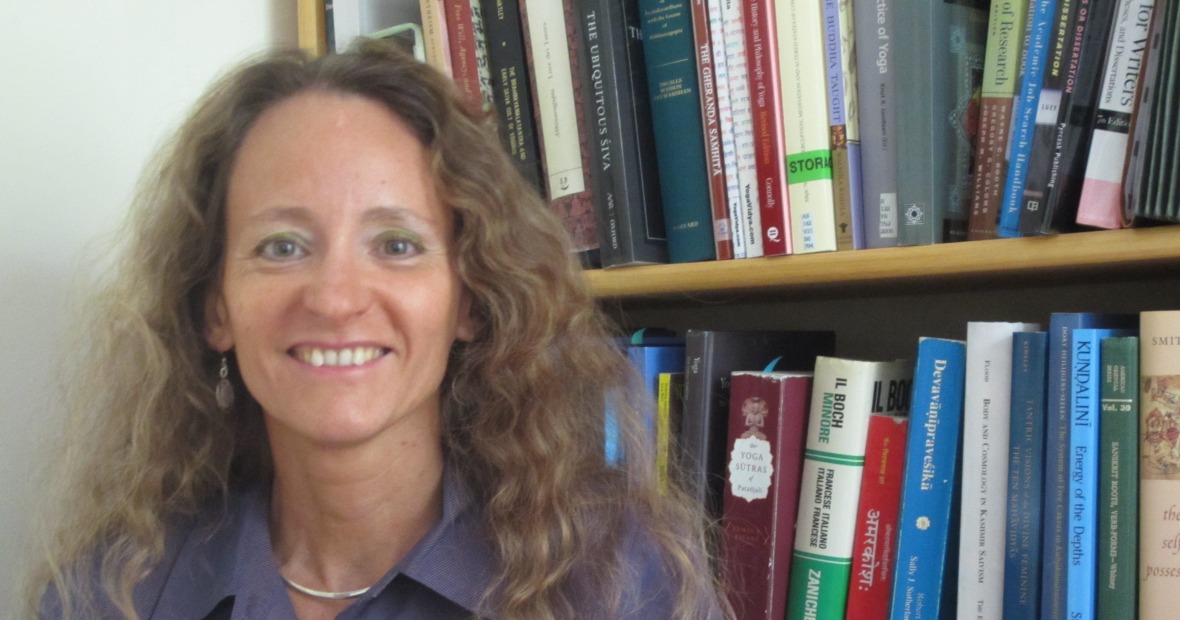 The concept of Hinduism has been controversial among scholars of South Asia. The diversity of texts, gods, doctrines, and practices that it encompasses has led many to question not only the idea of a unified religious phenomenon, but also the usefulness of the term itself. To complicate things further, contemporary Hindu fundamentalists have appropriated and reinterpreted Hinduism for their own political and ideological agendas. This presentation will critically outline the main arguments on all sides of the debate and offer possible ways to understand and talk about this complex tradition.

Alberta Ferrario is a postdoctoral fellow in religious studies at Grinnell College. She received her doctorate in South Asian religions from the University of Pennsylvania in 2015. Her main area of research interest concerns the medieval tantric, or esoteric, Hindu traditions. In her book manuscript, Grace in Degrees: Śaktipāta, Devotion, and Religious Authority in the Śaivism of Abhinavagupta, she analyzes conceptions of grace and devotion in the oeuvre of the Kashmiri polymath Abhinavagupta (fl. ca. 1000 ce), and in the broader context of his tradition, Tantric Śaivism. Additional areas of interest, and teaching experience, include the history of Yoga, Indian philosophy, Buddhism in South Asia, and religion and gender. In her classes she engages students via a combination of lectures, in-class discussion, visual materials, peer presentations, and online forums. She is a recipient of the Dean’s Teaching Award for Distinguished Teaching by Graduate Students at the University of Pennsylvania.

Co-sponsored by the Center for the Humanities and the Department of Religious Studies .