How One Student Integrated Her Academic and Career Interests 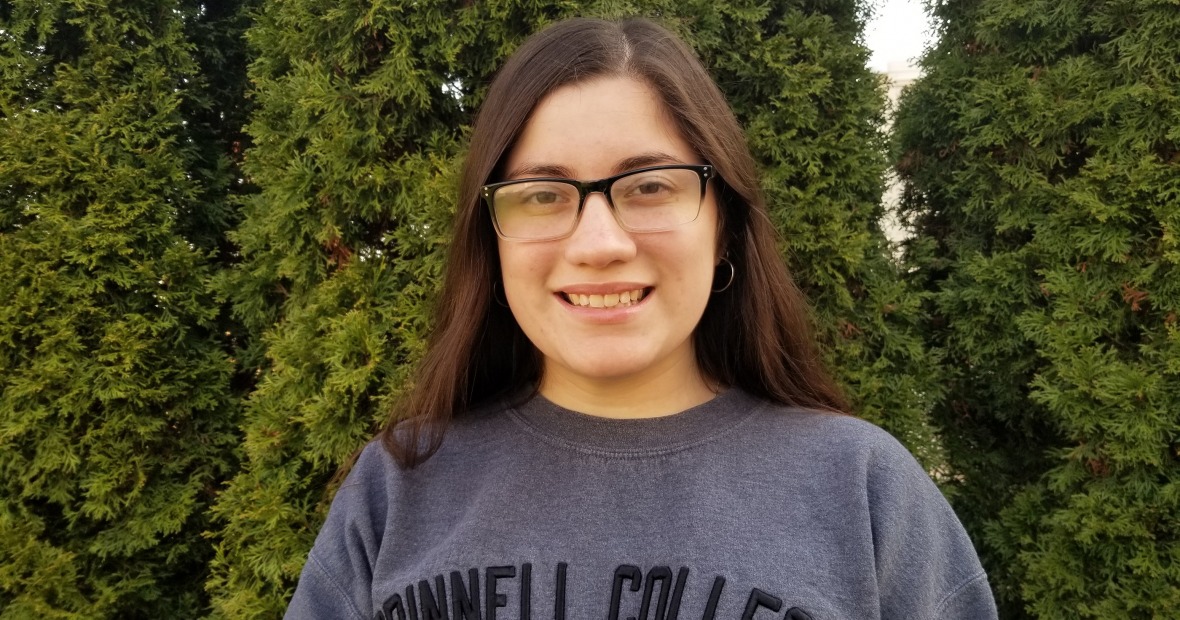 Daisy Morales '20 worked as a research fellow and mentor for a special topics course, The School-to-Prison Pipeline, offered in fall 2019.

Maybe you know what career you want to pursue after college. Or maybe you don’t. Either way, you can connect your personal interests with your academic studies to help prepare for a career that matters.

Thanks to being 9 years older than her sisters, English major Daisy Morales ’20 knew from an early age that she wanted to teach. “I didn't really know at what level until high school, when I realized that I actually wanted to do some research as well,” she says. So she set her sights on becoming a professor.

On-Campus Fellowships Helped Her Prepare for a Career

During her second year at Grinnell, Morales applied for and won 2 different undergraduate fellowships.

The Mellon Mays Undergraduate Fellowship program encourages underrepresented students in the liberal arts to pursue careers as professors. As a Mellon Mays fellow, Morales received just the kind of career preparation she’d been looking for. That included a major research project with mentoring by her advisers, Erik Simpson, Samuel R. and Marie-Louise Rosenthal Professor of English; and John Petrus, assistant professor of Spanish. Using critical race theory, Morales analyzed how interracial romance is prevented in James Fenimore Cooper’s The Last of the Mohicans and The Pioneers.

Morales also won a fellowship with the Vivero Digital Fellows, a Grinnell program that allows underrepresented students to work on richly mentored digital projects. She chose a project that blended her interests in education and digital humanities — The School-to-Prison Pipeline — with mentoring from Katie Walden, digital liberal arts specialist, and Tammy Nyden, associate professor of philosophy.

Morales also had a personal interest in the project because she attended a high school that had security guards. “I thought that that was normal,” she says. “But then once I started reviewing the data, I saw that guards and police in schools is not normal for other schools.”

During her Vivero fellowship, Morales located, downloaded, and categorized hundreds of datasets about topics such as school suspensions, education by race and gender, and special education. Those datasets were used for a fall 2019 special topics course, The School-to-Prison Pipeline, and its two-credit lab, Digital Stories for Social Justice.

During the weekly lab, Morales worked as an assistant for Walden and Nyden. She helped students with digital technologies such as data visualization software and a mapping tool, which she learned herself during a Vivero boot camp before the semester began. The students learned the technologies in order to create digital stories, infographics, and videos.

“I had to prepare for each class session,” Morales says. “It allowed me to dip my feet into teaching and see if I actually liked it. It was a different dynamic, because these were my peers.”

Morales also parlayed her data research for the Vivero fellowship into her academic work. She wrote papers for 2 different classes, Introduction to Latino Studies and Issues of Latinx Education, using some of the sources she discovered.

“What I learned was just how you can re-contextualize your lived experience within what you learn in academia,” she says.

Fellowships are one way to explore your interests. Check out Grinnell’s Center for Careers, Life, and Service for other ways the CLS can help you prepare for your future.

This story is part of a series about the School-to-Prison Pipeline course. See also