Library Research Satisfies Your Curiosity and Builds Your Skills 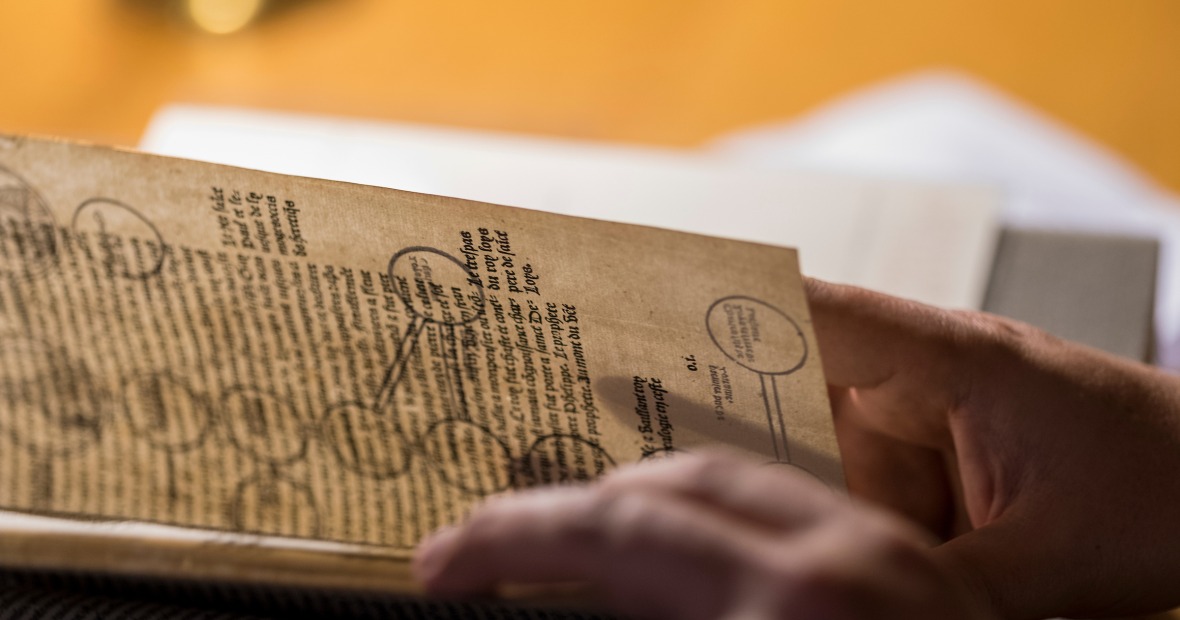 Developing your research skills is an ongoing process at Grinnell that usually begins with library research during your First-Year Tutorial. It’s a chance to tackle a small project, learn how to locate different kinds of sources, and work with a consulting librarian.

Incorporating library research into her fall 2019 tutorial, Old English Re-Imagined, was in some ways a challenge, says Paula Smith, professor of English. “I wanted the students to tackle the poems directly,” she says. “I didn’t want them to read other interpretations of the poems by literary critics.” 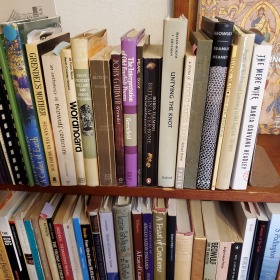 Since Old English is more like a different language than recognizable as English, students read the work in translation. Some readings have translations on the facing pages, opposite the pages in Old English, so they can discern some Old English words.

Old English poetry “is much more than Beowulf,” Smith says. In the same manuscript as Beowulf is another hero/monster tale, but it’s a female hero. It’s a retelling of the Old Testament story of Judith. “There are many surprises for the students about the richness of this old literature,” she says.

Smith created a final project that was part scholarly research and part creative writing. She asked each student to create a character who could have lived during the period they were studying, 650–1000 CE. The character could be of any social status, occupation, and age. Then they had to find out details of daily life and the challenges their character would have faced through library research.

Students received a lot of help from a consulting librarian, Heather Campbell, who’d been assigned to their tutorial. She explained how to find sources for their Anglo-Saxon character, including how to use the digital catalog and interlibrary loan.

“She took them through basic steps of exploring,” Smith says. 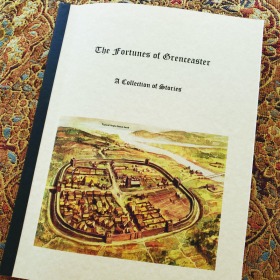 Mary Powers ’23 eventually settled on an herbalist as her character. Now a bio chem major, Powers was surprised to learn during her library research how scientifically based many of the herbal remedies were. Other characters included a smith, a falconer, an abbess, a warrior, and a scribe.

One day during class, the students shared what they were planning for their characters. “They began joking about how their characters could interact,” Smith says. They toured the virtual mead hall created by Tim Arner, associate professor of English, and three student researchers.

“They began to imagine a place where their characters lived,” Smith says, “and that was really the starting point for turning this into something more than individual pieces. It was exciting how it came together and how good-spirited they were about collaborating.”

After the students completed their stories, Smith saw how well the collection of stories formed a whole, original piece of creative and scholarly work. “You could really read it from beginning to end,” she says.

That’s when she had the idea of creating a printed book. Smith did a little bit of editing to tie the stories more closely into an overall plot. She had copies of the book printed and sent them to her students, who by then had returned home due to the coronavirus pandemic in 2020.

Smith notes that it’s unusual for students in a First-Year Tutorial to create original scholarship. She thought their work deserved to be shared more broadly, so she submitted their book, The Fortunes of Grenceaster: A Collection of Stories, to Digital Grinnell, an online repository of work available to the public. It’s a fun place to browse.

A related work in Digital Grinnell is The Grinnell Beowulf: A Translation with Notes, another piece of scholarship completed in part by students.