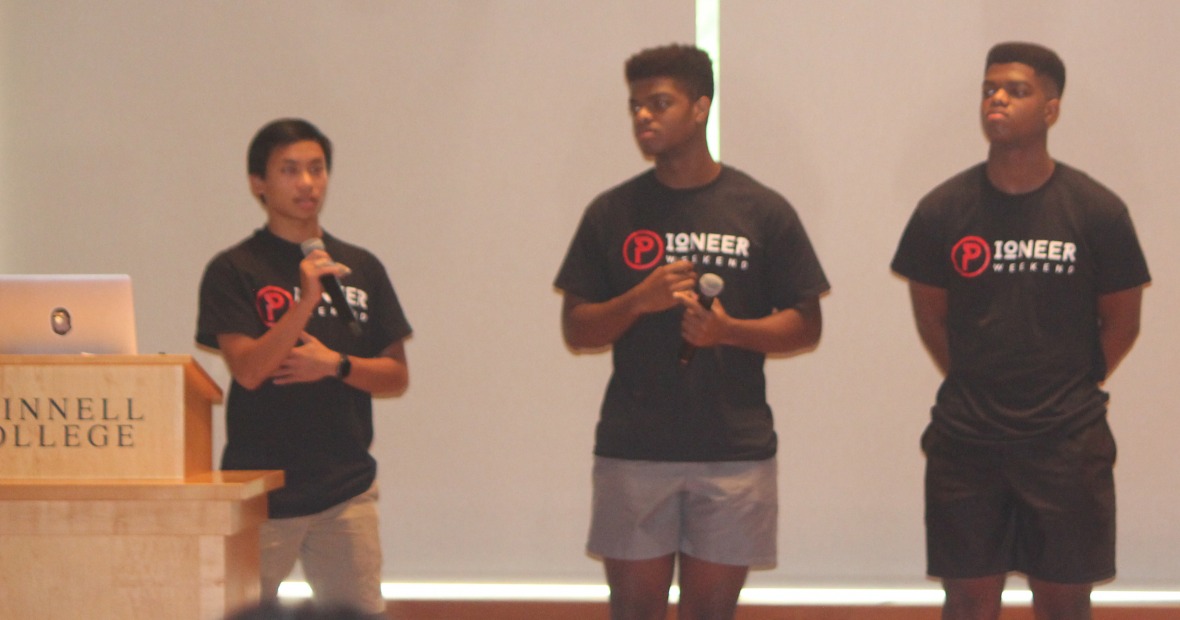 From Sept. 25 to 27, the Donald and Winifred Wilson Center for Innovation and Leadership hosted their annual Pioneer Weekend competition, adapted to an online format for this year’s competition.

Pioneer Weekend is a pitch-based competition, meaning the goal of this weekend is for groups to finish with an effective plan and presentation of their project idea. The competition emphasizes not just the importance of an innovative idea, but also the importance of being able to talk about and advocate for that idea. The top three winning teams receive cash prizes.

Pioneer Weekend is just one of many opportunities offered by the Wilson Center for students to try their hand at entrepreneurial innovation without having to bet their entire future on their project. After all, failure is just as much of a learning opportunity as success.

This year, adjustments had to be made to the competition due to the circumstances of the ongoing Covid-19 pandemic. Most students remain off-campus, and in-person group events have gone virtual. Despite these challenges, Monty Roper, director of the Wilson Center, believes that the event was a great success. “We were really happy with how well things went,” says Roper. “We were able to add an entrepreneurship short course to the front of the competition, we had very strong alumni mentorship available to students, and the final pitch event was almost glitch-free.”

As Roper notes, the Wilson Center offered a special short course this year in conjunction with the competition. While enrollment in the course was not required to compete, all students in the course were required to participate in Pioneer Weekend. The course was taught by Kevin Allen, a former advertising executive who is renowned in the industry as the originator of the MasterCard “priceless” campaign. More recently, Allen has become a leading business growth consultant and entrepreneur, publishing a Wall Street Journal bestselling book on the subject, and co-founding EI Games, which specializes in online-game based learning. The class included one of Allen’s specialized games intended to train entrepreneurs in emotionally intelligent leadership, along with a seminar portion of the course where students learned about the entire process of entrepreneurship, from developing ideas to solving challenges throughout the process.

In past years, students were required to form teams. Some of these came into the weekend fully formed with a project idea, while others came together through an initial brainstorming session on the Friday evening kick-off session. This time around, the majority of teams came together before the official start of the weekend, recruiting fellow students from around the world to help realize their innovative ideas, and individual pitches were also allowed. In total, forty-one students, comprising fifteen different teams, participated in this year’s competition.

Of course, this year’s participants faced the challenge of having to work completely remotely online. This often involved coordinating around multiple time zones and dealing with unpredictable technical difficulties. Nonetheless, the event provided an opportunity for students all around the globe to connect with fellow peers in this strange time and work together on projects they were passionate about.

The first-place team’s proposal was for a mobile application titled “Unknwn,” which would notify users when third-party apps are accessing location, camera, or other sensitive information without user consent. The team, composed of Agne Lukoseviciute ’21, Tran Le ’21, Saule Keliauskaite ’23, Arsema Berhane ’22, and Linh Tang ’22, is notably comprised of all female-identifying people who are studying computer science at Grinnell. Team member Keliauskaite said being on such a team was “empowering” and a good opportunity to work with “super smart and really amazing people.” The group formed before the weekend officially began, but initially had an entirely different idea from Unknwn. Still, Keliauskaite said the team “fell in love with the idea” of Unknwn and intends to move forward with their project.

The second-place team, comprised of members Mai Phuong Vu ’21 and Carlton Segbefia ’21, also both computer science majors, proposed an application called “Mate” that would help facilitate off-campus roommate relationships by organizing information and notifying house members about chores or utility costs. Vu and Segbefia hope to have a prototype of the application ready by second semester for off-campus students to use. The third-place team consisted of members Ashton Aveling ’22, Wagih Henawi ‘22, Alec Maloney ’21, Soham Mukhopadhay ’20, and Aleph Abraham ’20. Their project, called “Verify,” is a browser plug-in intended to target potential fake news on social media and other websites by scanning the text on the page and fact-checking it.

Allen was one of four judges of the competition, along with Kerty Levy, Wesley Schrock ’99, and Corey Simmonds ’17. Levy is the managing director of the Des Moines chapter of startup accelerator Techstars, which is partnered with the College. Schrock graduated from Grinnell College with an economics degree and now works in Latin America for nonprofit company Kiva, which enables people to give small loans to entrepreneurs in need all around the world. Simmonds graduated from Grinnell College with a computer science degree and now works as Lead Solutions Architect at 0260 Solutions, a tech consulting company catered to businesses.

Although the virtual nature of this year’s Pioneer Weekend rendered it markedly different from previous years, contestants remarked that they valued the opportunity, nonetheless.

Keliauskaite said, “In daily life we don’t give ourselves the time to sit down and think about… a problem we want to solve.” Pioneer Weekend allows students to do just that.