In Pursuit of Poetry 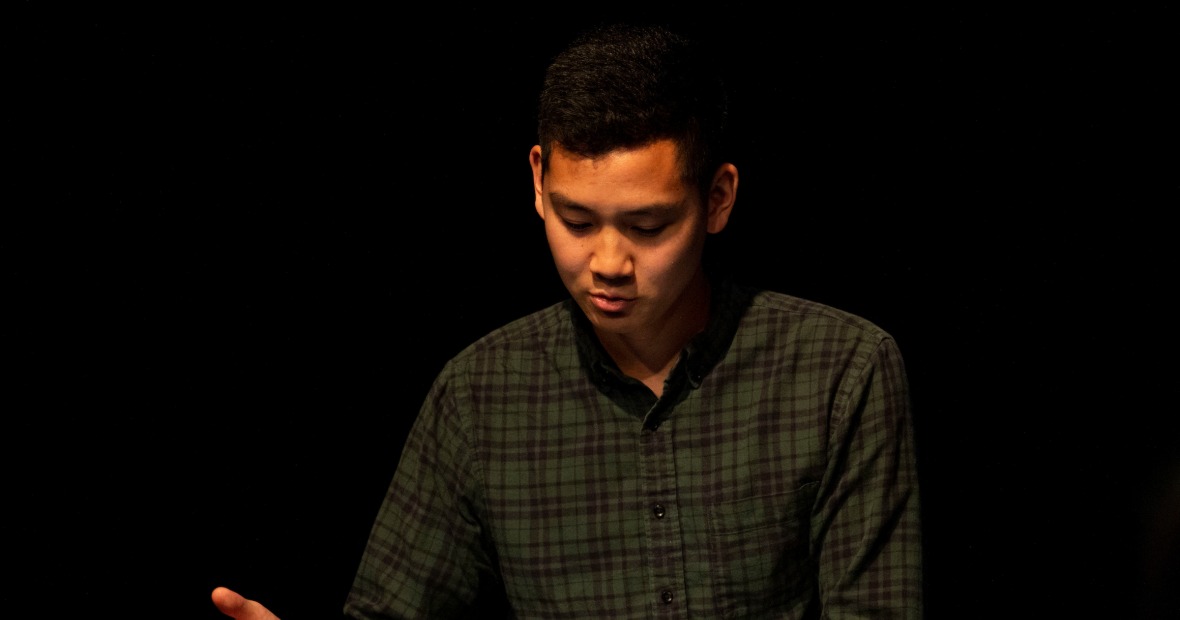 Steven Duong ’19 began writing poetry seriously as a second-year student at Grinnell. Fast-forward to his senior year, and he is preparing to pursue poetry writing during a year abroad funded by a Thomas J. Watson Fellowship.

In his Watson project called “Freshwater Fish and the Poetry of Containment,” Duong will be traveling across the world, interacting with people working in a variety of fields related to fish. He plans to meet biologists, conservationists, fish breeders, and even fish-fight gamblers in countries as varied as Japan, Thailand, Malawi, Trinidad and Tobago, and China.

Duong presented a snapshot of the creative work that motivated this project at the 2019 Grinnell Student Research, Scholarship, and Creative Activity Symposium, alongside four other classmates in his fiction seminar, taught by Dean Bakopoulos. Duong, who weaves his own identity into his work, tells the story of a Vietnamese American boy, who pushed by his mother to become an artist, finds his true calling in the art of fish fighting.

Workshopping his story in Bakopoulos’ seminar proved to be an amazing experience. “It was just cool to be exposed to so many different young people who are committed to writing and creating things,” Duong says. “Everyone was critical in the best way.” 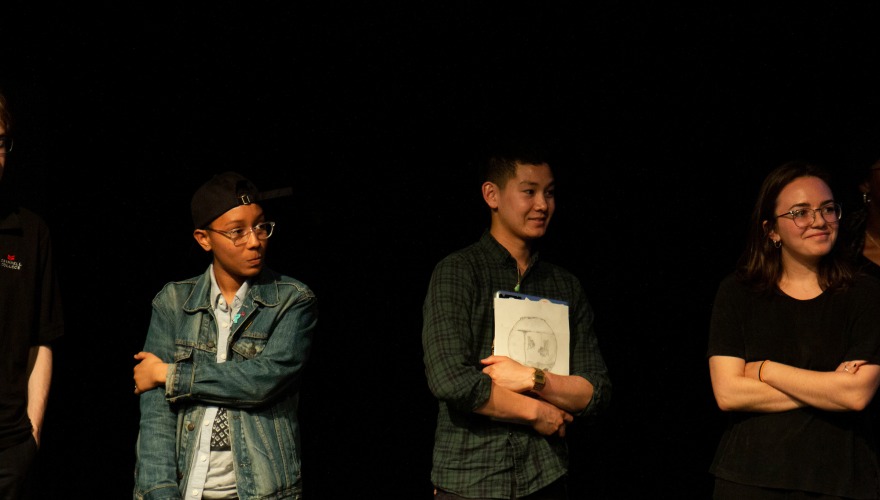 Through his creative writing courses and the Writers@Grinnell program, Duong matured as a writer and found himself exposed to many writers across the world, in text and in person. The strict forms he learned about in his Craft of Poetry course with Professor Ralph Savarese helped him develop an economy of language that proved fruitful. “It helped me reach new heights and pushed me to do things I wouldn’t usually do,” he says.

Duong continued honing his craft by taking Hai-Dang Phan’s Advanced Poetry Seminar and completing a Mentored Advanced Project in the summer of 2018 with Savarese in which he produced a collection of poems. His work earned him an Academy of American Poets University and College Prize and has been published in Salt Hill, Academy of American Poets, Columbia Poetry Review, Sugar House Review, Pacifica Literary Review, The Penn Review, Rust+Moth, and more.

Duong cited the interdisciplinary education at Grinnell as a pivotal influence in his work. Also an American studies concentrator, he has taken several courses in the sociology department. Professor Sharon Quinsaat’s Sociology of Asian America course offered him the tools to explore his identity in his creative work.

Pursuing His Own Ideas with Confidence

Other coursework in French and art has also expanded his horizons. “You get tidbits of information that stick with you,” he says. “The interdisciplinary nature of Grinnell has given me a lot of resources and room to move.”